English sentiment has been important to the tenor and character of the Vote Leave campaign, but Michael Kenny writes there are reasons to be sceptical that English nationalism has had a clear, causal role in the EU Referendum. He asks whether the picture of the ‘two Englands’ – one progressive and cosmopolitan, the other populist and nationalist – draws too sharp a distinction between them, and in doing so underplays the extent to which fears about cultural identity, inequality and immigration are shared in very different kinds of places and communities.

“F**k off Europe, we’re all voting out!”. So rang the chant of an inebriated group of English football fans in Marseilles, earlier this month, according to various press reports. One of the least salubrious contributions to the Referendum debate seemed to encapsulate the aggression, insularity and xenophobia which some have come to believe has been injected into the Referendum campaign by a widespread sense of English nationalism.

Various commentators have identified Anglo-grievance as a key dynamic working for Brexit, as a growing number of English voters, especially those from poorer backgrounds, come to see the Referendum as a way of putting two fingers up to the metropolitan political elite and some of its most cherished concerns. Writing inThe Guardian, Fintan O’Toole worried that a phoney nationalism lacking the kind of extended cultural discourse and political articulation that has characterised other ‘normal’ nationalisms, may be about to take the UK out of Europe, and precipitate a major constitutional crisis within Britain.

And so, the cardboard cut-out of English nationalism has – once more – become an object of fascinated concern for progressive commentators, just as it did in the wake of the Conservatives’ emphasis during the election campaign of 2015 upon the prospect of an SNP-Labour coalition.

But has English nationalism played such a clear, causal role in the Referendum? There are three good reasons, I suggest, for some scepticism about this characterisation.

First, it is important to note that, in some important respects, Euroscepticism is not co-terminous with feelings of English nationalism. There is pretty significant support for Brexit outside England, and this will play an important part in the overall vote, including in Scotland. In Wales in particular, polling at the outset of the campaign reported similar levels of support for Brexit to those in England.

Equally, many see the UK leaving the EU as the chance to regain the UK’s previous role as an outward-facing global power, unfettered by the binds associated with the EU. These globalists, together with advocates of the virtues of national self-government, are often uncomfortable with the dog-whistle nationalism associated with other parts of the Leave campaign. These represent important parts of the coalition of support that has gathered around Brexit.

Second, it is important to appreciate that while there is evidence of some kind of correlation between those English people who favour Brexit and those who identify entirely or mainly as English, rather than British, in recent polling, this does not in any way prove that the relationship between the two is a causal one. Indeed, it is more plausible to think that a stronger sense of Englishness is – like scepticism about the EU – also a manifestation of and response to a complex set of social and economic change, including globalisation, economic inequality and new forms of cultural anxiety. To suggest that English nationalism is the force driving scepticism to Europe obscures the deep underlying trends that make questions of belonging and cultural identity so important to an increasing number of people – in England and elsewhere.

Third, blaming English nationalism for the popularity of Brexit misses one of the key attitudinal trends at work in the current campaign – the bifurcation of English opinion. Put simply, while Remain is overwhelmingly the preference of those who live in some of our largest cities, University towns and large conurbations, Brexit is favoured by those who live in places cut off from the circuits of economic growth and opportunity, including coastal towns and the hinterlands of large cities.

Social class too appears to play a major role in determining preferences in this vote, as those from working class backgrounds (demographics C2 and DE) are reported to be twice as likely to vote for Brexit as Remain, according to some recent polling. Where you live, how old you are, and the family background you are born into, are much more important in shaping of attitudes to this momentous decision than how you feel about English culture and tradition.

And so, the idea that English nationalism has powered support for Brexit is unduly simplistic and reflects a deeply ingrained fear which increasingly requires re-examination.

For sure English sentiment has been important to the tenor and character of the Campaign. Much of the rhetoric of the Leave campaign — notably the ubiquitous slogan ‘take back control’ – has been carefully tailored to capture a frustrated, but increasingly palpable, sense of political disenchantment and an incipient ethos of self-government among many of the English. The language of sovereignty, democracy and identity have all been prominent on this side of the Campaign, and notably absent from the more prudential and transactional appeals of Remain. The two sides have been talking in almost entirely distinct political registers, in part from a recognition of the very different concerns and sensibilities that exist in different parts of England.  What works in Clacton is unlikely, it seems, to work in Cambridge.

But, there is a danger that this picture of the ‘two Englands’ draws too sharp a distinction between them, and may underplay the extent to which fears about cultural identity, deepening inequality and worries about immigration, are shared in very different kinds of places and communities. Indeed this recognition helps us understand something important about English nationalism. Research shows that over the last two decades it is not just in Boston and Burnley that this form of nationhood has become more resonant, but also Bath, Bedford and Bromsgrove. This is a phenomenon that is apparent in very different demographics and communities, and is happening at variable rates in different parts of England – except in metropolitan London, the last remaining bastion of commitment to a civic form of Britishness.

More generally Englishness has emerged in far more varied forms than is typically imagined. It can be corralled into different kinds of political story, and credibly painted in multi- or mono-cultural terms depending on context and audience. This is not a tradition that belongs to any one part of the political spectrum but a terrain where the imagination wanders, and where dreams and aspirations are powerfully asserted and altered. ‘England’ has become a more politically resonant form of imagined community but the reluctance of the political mainstream to engage and shape the national stories told about it, have, by and large, left the field free for the kinds of nativist and populist nationalism that progressives fear.

In fact, a loose, porous but still tangible sense of English nationhood appears to be one of the few cultural trends capable of connecting people across the divides of class and geography. Building inclusive, modern forms of nationhood, that span both majority and minority communities, still represents one of the best available buttresses against the kinds of aggressive nationalism and populism that have become so powerful in the wake of the global economic crisis of 2007-08. The question now is whether Englishness offers a more promising vehicle for such a project than a Britishness which has significantly diminished as a source of popular identification.

And yet, such an idea runs against the grain of most progressive opinion, asAnthony Barnett has very recently demonstrated. As George Orwell famously asked, why is it that so many on the left applaud the nationalisms of other nations but reach for the ‘little Englander’ tag when confronted with any expression of indigenous patriotism?

It is partly because a growing sense of Englishness is undoubtedly shaped by concerns and feelings about identity, culture and belonging, as well as an incipient sense of sovereignty and democratic empowerment. And this is why immigration, rather than constitutional change, is the most iconic and contentious ‘site’ where notions of what it means to be English and who is deemed to belong there, are expressed and contested. The slogan ‘Take back control’ has been potent because it speaks simultaneously to these different facets of Englishness, allowing some to present a high-minded, democratic case and others to craft a highly racialised appeal to fear of ‘the other’.

But the fears and anxieties shaping attitudes to migration cannot adequately be addressed  by naming and shaming English nationalism. Those on the Remain side of things may have been right, tactically, to stress risk and fear of economic downturn, but the pejorative and often patronising way in which ‘little England’ has been referenced throughout the campaign by leading politicians may well come back to haunt them, long after the Referendum result is announced.

Note: This article was originally published on Democratic Audit UK.

Michael Kenny is Professor of Politics at Queen Mary University of London and Director of the Mile End Institute. 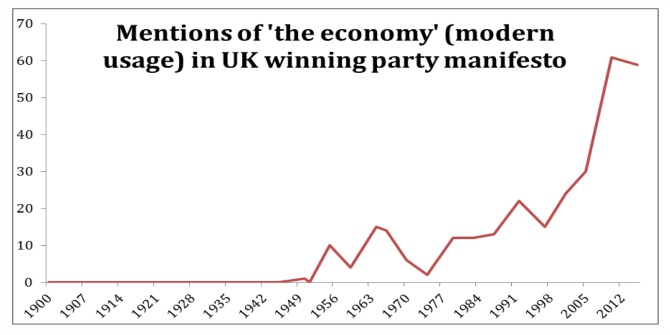