One of the key issues in relation to the UK’s referendum is the extent to which EU membership undermines UK sovereignty. Simon Toubeau and Jo Murkens argue that this focus on sovereignty can nevertheless lead to misleading conclusions. They state that while the notion of parliamentary sovereignty lies at the heart of the Westminster model of government, this sovereignty has largely become illusionary with the growth of power-sharing and divided government within the UK. They suggest that rather than focusing on sovereignty, a better approach would be to draw on the UK’s experience of power-sharing to pursue a better relationship with the EU.

David Cameron returned from Brussels with the most politically feasible deal for the renegotiation of Britain’s terms of membership in the EU. The outcome is a far cry from the ambitious set of reforms he laid out in his Bloomberg speech of 2013. But, nevertheless, having secured a special status in the economic governance of the EU, an “emergency brake” and a temporary four year suspension on the in-work benefits of EU migrants, he feels confident that the UK now has the best of both worlds: the access, affluence and security of membership are now balanced by greater national control. Control over borders, control over policy, control over the future evolution of the EU. And this allows him to recommend to the British people that they should vote to remain ‘in’.

His opponents naturally disagree. The weakness of national control is in fact the main reason that Cameron’s deal does not go far enough and that the UK should head for the exit. The emblematic Eurosceptic, Nigel Farage, asked: “why can’t we veto a bad law, why is it costing us over £50 million a day, and why do we have an open door to over 500 million people?” Eurosceptics within Cameron’s own Conservative party share this fascination. A handful of cabinet members, fortified by support from the London mayor, have banded together in favour of exit under the slogan: “Let’s take back control”. Cameron has responded that leaving the EU would simply give the ‘illusion’ of sovereignty. 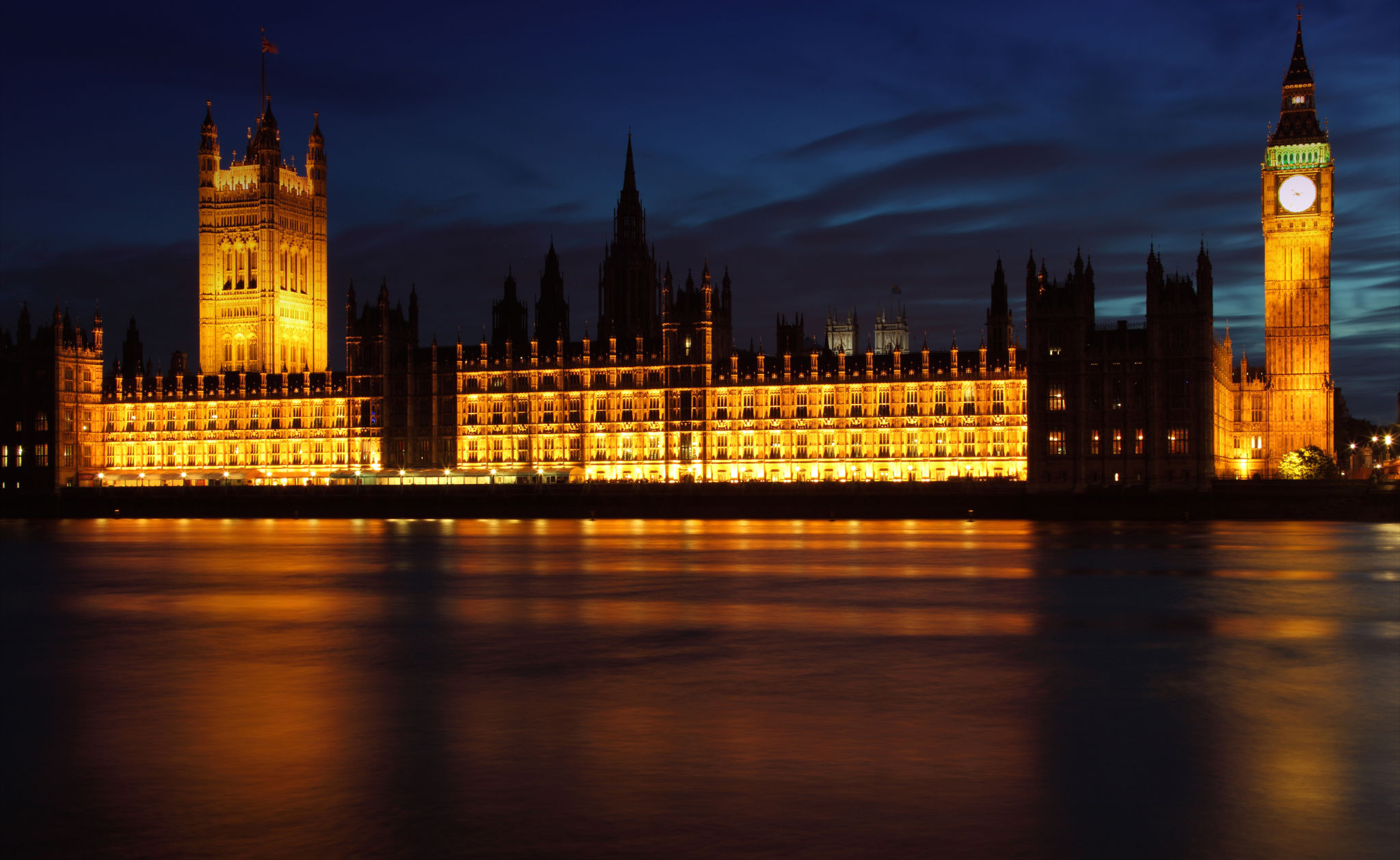 The ideal of sovereignty

One would be hard-pressed to find a domestic politician or voter who did not want to reclaim sovereignty from the EU or shore up our parliamentary democracy against bureaucrats in Brussels. But would a return to the centralised rule of a sovereign parliament be possible simply by withdrawing from the EU? We argue that external factors like EU membership are only partly responsible for eroding parliamentary sovereignty. The greatest ‘losses’ have stemmed from domestic developments, and the UK government should learn from these when dealing with the EU.

Political scientists have long thought of the UK as the paragon of the Westminster model of government. It derives its main assumptions from the constitutional tradition of the late nineteenth century. The model focuses on the institution of Parliament, which acts as the absolute ‘sovereign’ law-maker; it is dominated by a single-party government whose authority is strengthened by the exaggerating effects of the ‘first past the post’ electoral system; government ministers are, in turn, accountable to Parliament. The absence of entrenched ‘constitutional’ laws, combined with weak judicial review, keeps the UK’s historic constitution eminently ‘flexible’.

The conditions for parliamentary sovereignty however no longer exist. Sovereignty and centralism have become illusionary because they have given way to power-sharing and divided government within the UK. This is mainly due to domestic changes in the practice of government, rather than to EU membership: the transformation of the British party system and the process of devolution have laid to rest any notion that the British parliament is the supreme law maker.

The demise of an ideal

The disconnection between the vote share of parties and their representation in the House of Commons was laid bare in the last general election. Britain no longer features the two-party system once dominated by the Labour and Conservative parties that governed in alteration during most of the post-war period. In 1951, almost 98 per cent of the electorate voted either Conservative or Labour, compared to 67 per cent at the last general election. This is a direct result of the groundswell of support for other party alternatives – UKIP, the SNP, the Greens and the Lib Dems – which, in 2010, forced the Tories to govern in coalition with the Liberal Democrats. But both the fragmentation of the party system and the coalition government run clearly counter to the ideal of the Westminster model.

Moreover, constitutional transformations since 1997 have reduced the UK government’s policy reach in Scotland, Wales, and Northern Ireland. Devolved governments now have the power to pass laws in a number of policy areas from healthcare, education and housing, to transport and policing that differ from those passed by Westminster. More importantly, consider clause 2 of the Scotland Bill 2015 by which the Scottish Parliament and the Scottish Government become ‘a permanent part of the United Kingdom’s constitutional arrangements’. If passed, this clause will entrench devolution against the legislative reaches of the Westminster Parliament – which is nothing short of revolutionary in constitutional terms. So with respect to the government of regions now ruled by devolved bodies, the Westminster model has also effectively ceased to exist.

Put differently, the major political changes and constitutional reforms of the past 20 years have given rise to practices more typical of a federal system than of the Westminster model, such as the sharing of power, the decentralisation of authority, and the coordination of policy between different parties and governments. In the absence of a better name, Vernon Bogdanor has referred to the new settlement as the New British Constitution.

Power-sharing with the EU

These domestic transformations and their effect on the rising practice of power-sharing should inform the UK’s relationship with the EU. The reality is that, much like at home, sovereignty and power in the EU are shared between the political union and its constituent parts.

Political actors should start from the premise that the Westminster model has had its day. Political parties have accumulated ample experience of domestic power-sharing – from the negotiation on Capital Gains Tax with the Liberal Democrats, to the allocation of financial resources to fund the Scottish Government’s new powers – and this experience should be drawn upon to make its engagement within the EU more constructive.

How can this be achieved? The first step is to recognise that the major crises currently afflicting the EU – the tribulations of the Eurozone, the movement of Syrian refugees and the renewed threat of Russia – will affect British economic and security interests whether the country is ‘in’ or ‘out’. Beyond the immediate horizon, the UK shares the long-term challenges of its European partners: tackling falling labour productivity, reducing carbon emissions, developing green technologies. By choosing to stay ‘out’, the UK will be deprived of any influence over the way these crises are resolved and challenges confronted.

The second step for the UK government is to wield influence by forming coalitions with other European nations and by recovering its role as a constructive reformer of the EU. The UK has an illustrious tradition of helping to reform the EU in a positive way, while securing a special status in its national interest: pushing for the Single European Act and enhancing the competitiveness of the European economy; reforming the allocations of the European budget from farm subsidies to industrial, technological and social investments. The UK should now seek to build bridges with its estranged traditional allies – the Netherlands, the Nordics, and Germany – in order to shape the European policies that will help itself and the continent to navigate these turbulent seas.

Ultimately, as the referendum campaign gathers pace, the UK should embrace its experience of power-sharing to engage with the EU and to make this the most compelling story for its continued membership.

Simon Toubeau is Assistant Professor in the School of Politics and International Relations at the University of Nottingham.

Jo Murkens is Associate Professor in Law at the LSE. He was previously a researcher at the Constitution Unit, UCL, where he led the research on the legal, political and economic conditions and consequences of Scottish independence.