Tony Benn’s legacy has been discussed extensively in the wake of his passing. However, little has been said about his time in government, where it could be argued that he failed to fully use the opportunities available to him. Dave Richards and Martin Smith argue that Benn may have had a radical vision, but he also demonstrated strategic naivety as a Cabinet minister in the face of bureaucratic resistance.

Much has recently been written about the legacy of Tony Benn –  his campaigning efforts, the effect he had on both the Labour Party and the wider political landscape, especially during the onset of Thatcherism, and of course his diary writing.  Less though has been said about his time in government, where in many ways it could be argued he failed to fully use the opportunities presented to him as a holder of ministerial office.  At the same time, Benn’s experience in government, particularly in the 1970s, reveals how officials could thwart a radical minister in the wake of behaviour they regarded as clashing with the accepted Whitehall rules.   Crucially, the lessons of Benn’s time in Cabinet illustrates that if a minister fails to build alliances with either ministerial colleagues or department officials, he or she is unlikely to be effective in making policy. The commentary below draws on extensive interviews conducted two decades ago with Benn, his Cabinet colleagues and various officials who served under him.

During the 1974-9 Labour Administration, Benn served as Secretary of State for Industry (‘74-5) and subsequently Energy (‘75-9), intent on implementing Labour’s manifesto. However, a combination of officials and political opponents effectively thwarted his attempts to be a socialist Secretary of State. What is striking is the explicit ways in which senior civil servants were prepared to defy their minister, and how Benn allowed then to break the normally symbiotic relationship by refusing to trust departmental officials.

Benn’s time in office also illustrates the extent to which officials were tied to the post-war consensus and how they could attach their loyalty to the Prime Minister rather than their own minister. Benn refused to play to the informal ‘rules of the game’ vis-à-vis his colleagues or the Civil Service and this created the opportunity for officials to seek to block his goals while claiming their actions were legitimate.

The breakdown in these relationships reflected both Benn and his commitment to socialism and the conservative nature of the British establishment. Benn felt that the Civil Service would serve ministers effectively only if they did not rock the boat.  He argued that Whitehall sought to ensure:

…that the continuity of government works within the Department and then people come in and stay for a year or two in the bridal suite in the Grand Hotel and they still run it.  It’s you job not to get angry about that but to shift it.

Benn suggested that the Civil Service did not like the fact that he wanted to implement the manifesto commitments as stated, rather than adapt them to fit the departmental view.  He recalled an early exchange with his Permanent Secretary, Anthony Part in Industry:

“I take it you are not going to implement the manifesto”.  He actually said it to me.  I said, “You must be joking” and I circulated the manifesto to all civil servants and told them, “That’s what we have been elected to do”.

Benn then argued that the term “Bennery” was: ‘invented either by the Treasury or the Permanent Secretary of my department to try to stop me.  They were feeding out all this Bennery’.  Consequently, the trust crucial to the civil servant-ministerial relationship was lost.

Benn’s approach broke three cardinal rules of the Whitehall culture.  First, he did not trust his officials.  In the words of one former Industry official: ‘…he had reached the view that the bureaucracy was against him, so it was an embattled situation’.  Second, he did not accept the officials’ interpretations of the ‘facts’, in that he rejected the idea that officials operated with a neutral sense of the facts. Working from within a socialist framework, he saw the official view as having a ‘consensus-centred’ bias which was undermining rather than supporting his policy goals.  Third, in a way that today is seen as more of the norm, he looked to alternative sources of advice.  Because Benn did not always trust his officials, he relied for policy support instead on both the trade unions and his special advisors Frances Morrell and Francis Cripps.  Benn regularly showed both his Civil Service briefs to gauge their reaction – although, as one official (rather incredibly) admitted: ‘It didn’t do him any good, because we immediately started writing different kinds of briefs’.

One of Benn’s Industry officials summed up that the departments viewed Benn’s approach to office as ‘completely irrational’.  From Benn’s perspective: ‘the idea that the people at work had any right in policy making was absolutely foreign to them (the Civil Service)’.  Indeed, he was highlighting what was then the Whitehall norm, that the Civil Service were the sole policy advisors. In the ensuing thirty years, the notion of officials claiming a monopoly on policy advice has increasingly been challenged, most recently of course by the Coalition’s commitment to Extended Ministerial Offices.  It is therefore notable that during Benn’s time, officials saw it as ‘irrational’ and ‘extraordinary’ that a minister would show briefs to outsiders and ask their views.

The use of advisors clearly challenged the department, as one official observed:

[Benn] had these rather pernicious political advisors and he discussed things with them and told them what he was doing and what he wanted to do and so on, but he didn’t always tell officials, so it was very difficult to know exactly what was happening.

This air of conflict was exacerbated by Benn’s reading of the rules of a minister, combining two contradictory elements in his interpretation.  On the one hand, he believed that he was there to implement party policy and so, unlike most ministers, his legitimacy derived not from Parliament or the Cabinet, but from the Party and the manifesto.  On the other hand, he retained the constitutional notion of ministerial authority and responsibility; he believed that officials should do what he told them to do.  Generally, officials are culturally bound to be loyal. But loyalty is offered in exchange for trust and involvement and, because Benn excluded and distrusted his officials, and did not abide by their rules, they withdrew their loyalty.   A former Industry official, who later went on to a very senior role in Whitehall observed:

Other ideological [sic!] ministers I’ve worked with…[Norman] Tebbit and [Nicholas] Ridley for example, and also [Keith] Joseph, were sophisticated enough to see that bureaucrats are not against ministers.  And that  bureaucrats when taken into confidence and trusted will do their damnedest to deliver a radical programme.

In this sense, it could be argued that Benn threw away his opportunity for radical reform by working against, rather than with, his civil servants.  Like another fellow conviction politician, Margaret Thatcher [in her later years], he ultimately failed to recognise the dependency needed to make Whitehall work.

Benn’s problem with his civil servants would not have been so difficult if he had sustained good relations with the Cabinet and the Prime Minister.  However, this was generally not the case, so officials were able to justify their disloyalty to Benn in terms of their loyalty to government as a whole and, in doing so, draw upon the doctrine of ‘collective responsibility’.  They argumed that Benn was not following policy collectively agreed by colleagues.  Typically, one official said that Benn would agree a line in a Cabinet committee and then argue against that position in full Cabinet.  Similarly, Anthony Part felt: ‘He worked inside the Department very much against his colleagues and against Harold Wilson’.  His former Cabinet colleagues concurred.  One claimed: ‘Benn had one or two allies in the Cabinet but he was largely isolated.  His contributions to Cabinet were always nonsense but they did give us a good laugh’.  Another said his contribution had no clout in Cabinet: ‘…none at all’.  While Merlyn Rees rather irreverently observed of Denis Healey’s reaction to Benn in Cabinet:

Denis would sit there and Tony would go on and Denis’s view was a little bit like that of Enoch [Powell], that the logic was good but the conclusions were balls. Denis would say “And now here comes the bullshit”.

Bereft of Prime Ministerial authority, there was little Benn could do to bring his officials into line. Thus, in Civil Service terms, officials were not undermining the rules of the game. To quote one official:

Benn was not thwarted exactly.  He was subjected to a good deal of advice which he found unwelcome.  The job of the Civil Service is, as best it can, to point out the realities of the situation to ministers.

Despite the formal constitutional position that ministers decide, without the support of officials policy cannot be made.  Benn’s approach undermined the relationships of dependence which officials saw as crucial to their professional integrity and self-image.   Benn also highlights the role of loyalty in official culture.  Loyalty for officials is multi-faceted; they are loyal to the corps of the Civil Service, to the government, to the Department and to the minister.  In this sense, they always have conflicting loyalties.  On one side they have loyalty to their political masters – government and ministers.  This loyalty is part of an important exchange relationship because without political support officials cannot act.  However, in the Benn case, loyalty to the government and to a minister can conflict.  Officials also have loyalty to the Civil Service and their department.  In the Benn case, the argument of the officials was that they were being loyal to the government but from Benn’s perspective, they were protecting departmental interests.  The case of Tony Benn reveals how a minister can be isolated within Whitehall if he or she does not build the relationship necessary for influencing policy.  Benn may have had a radical vision, but he also demonstrated strategic naivety as a Cabinet minister in the face of bureaucratic resistance.

The quotes from Tony Benn, former Labour Ministers and officials are drawn from interviews conducted by the authors between 1996 and 1998 as part of an ESRC funded project (L12451023) and published [with Dave Marsh]  in Changing Patterns of Governance in the United Kingdom, Macmillan, Basingstoke, 2001.  Where requested, the anonymity of interviewees has been protected. 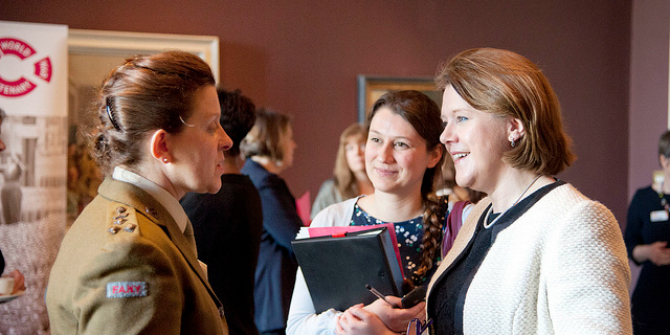 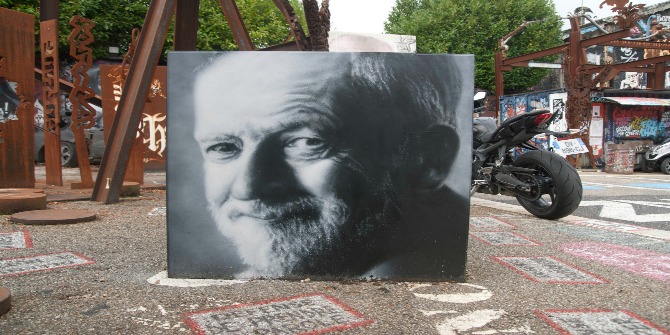