This week the Secretary of State for Communities and Local Government has announced another round of cuts for local government. Ruth Lupton argues that councils in London have done a good job in absorbing cuts so far, but that they will struggle to take any more without front line services being seriously affected.

This week the latest round of cuts to local government was announced – an average 2.9 per cent reduction in spending power for 2014-15. What should we make of this – another manageable step in a phased reduction in town hall waste? the death knell for essential local services? or something in between? Our research for the Trust for London, published this week, helps shed light on the answer.

First of all, let there be no doubt that local government has taken a hefty share of the Coalition’s austerity measures to date. Looking just at London, our estimates suggest that income from central government for services (i.e. excluding payments of housing benefits and other mandatory grants) fell by 33 per cent in real terms between 2009/10 and 2013/14. Total ‘spending power’, which also takes into account Council Tax and other sources of income, fell by just under a fifth from 2010/11 to 2013/14. In the light of this, the settlement for London authorities, on average an extra 4.5 per cent cut next year, may cause some Councils to breathe a small sigh of relief, but it is another significant fall on top of drastic reductions since 2010.

Hardest hit in every previous round have been authorities with most deprivation, and this is the case for 2014-15 too. London’s cut, and that for deprived urban authorities outside London, is higher than the national average, and within London the more deprived authorities are seeing more cuts than the less deprived – for example Camden will lose another 5 per cent to Kingston’s 1 per cent. The ‘heat maps’ of spending power published with this week’s settlement seem to suggest a bizarre notion of unfairness – deprived authorities are spending more – with no reference to additional needs in these areas.  Make no mistake, the diminishing local government funding pot is being steadily redistributed in favour of better-off places.

But can Councils take the cuts? Until recently, the emerging evidence seemed to suggest that they could. A 2013 survey by IPSOS MORI found that two thirds of people surveyed had not really noticed any changes to the services provided by their local Council, despite these major reductions in funding. One reason for this might be that most people have relatively little contact with their Council – they benefit from  universal services like refuse collection, street lighting and road maintenance – so they may not see much difference. It is the minority, in most need of services crucial to individual well-being,  like social care, who would be more likely to notice an impact – but their views would be lost in the wider opinion of a general poll.

Our detailed research with three Councils in London – Brent, Camden and Redbridge, sheds more light on what is been happening. A striking finding is the very strenuous efforts that Councils’ have been making to protect front line services, especially for their most vulnerable residents.  Many of the cuts to date have come through ‘back office’ savings, such as rationalising office space, or ‘migrating’ contact with service users through digital channels.   Councils have also taken the opportunity to review services and remodel them in ways that have delivered service improvements and efficiencies. For example, managing demand for social care by establishing ‘reablement’ services for older people, was a feature in all three Boroughs. In this sense, it can be argued that they have absorbed the cuts, without letting services significantly suffer.

However, the full effects of Councils’ paring back has probably yet to be seen. While efficiencies can be gained by commissioning services at lower cost, this can also drive down local wages and depress the local economy. Larger contracts with greater economies of scale can also make it harder for trusted locally based voluntary organisations to compete against monopolistic  larger organisations. ‘Streamlining’ organisations by cutting experienced and specialised management posts, or ‘overheads’ like training and development, may also  have impacts on quality down the line.  Members and officers report that they were “running on a shoestring… lacking the senior resources to do all the things you might think of doing”. And let us not forget that these cuts are being made in the face of rising demands, in particular for adult social care as the population ages.  So what seem like painless changes at the moment may turn out to be painful in the longer term.

Perhaps most importantly, in the light of this week’s announcement, a clear emerging message  from the interviews we carried out was that the limits of ‘efficiency savings’, even if we take these to be harmlessly absorbable, are close to being reached – as recent research for the Joseph Rowntree Foundation also found.  None of the councils we researched reported financial difficulty, and they were gearing up for a leaner future in positive ways. For example Camden was adopting an outcomes-based budgeting framework, while Redbridge had pioneered an online public consultation tool ‘You Choose’ by which residents could feed-in to the Council’s decision-making.  However, they also reported that they were working off a “smaller base”, having done the “easy stuff” and more.  Further changes would be “higher risk” and rely more on external partners.  Looking more widely, the Audit Commission has identified 12 per cent of local authorities as at risk of not balancing future budgets.

The major changes going on in local government raise other issues too: the withdrawal from the provision and funding of locally supported discretionary services, such as play services and luncheon clubs, leaving only narrower statutory services as major areas of provision. Ironically, in an era of localist rhetoric, funding cuts may be leading to less local variation rather than more.

The cuts to local government puts Councils in a no-win situation. If they manage to rise to the challenge and cut budgets without cutting front-line services, it will be argued that they have been wasteful and inefficient all along.  If they don’t, and front line services are slashed, the blame will likely fall at their door not at central government’s.  The reality is that we are only part way through a long process.  This year’s announcement is perhaps, not as bad as might have been expected. But the long-run implications of the cuts made to date are yet to unravel, and there is diminishing capacity to absorb more. Eric Pickles idea that Councils can just keep on delivering sensible savings indefinitely in the face of growing demand and more and more cuts is nothing if not optimistic.

Posted In: Economy and Society | Local government | Public Services and the Welfare State 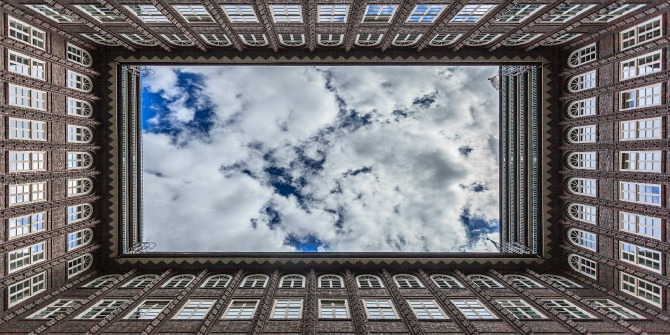 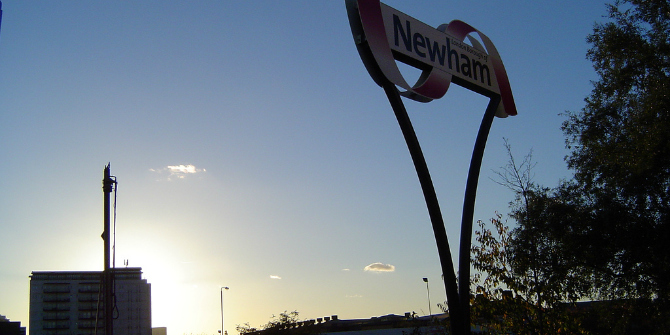