April 2018 marks the 20th anniversary of the Good Friday Agreement. While often considered a global success in terms of conflict management and institutional reform, Claire Pierson writes that the agreement’s success does not extend to women’s rights in the region. She writes that gender-based violence persists and that female participation is distinctly lacking from community and peacebuilding processes.

The Northern Ireland peace process is celebrated for its inclusion of women, in particular the creation of the Northern Ireland Women’s Coalition, an all-woman party elected to the peace talks. The group championed the adoption of a clause in the Good Friday Agreement supporting the participation of women in politics and public life. The prioritisation of gender equality in the post-conflict landscape is, however, questionable.

In general, gender equality is rarely considered an integral factor in ending violent conflict and peacebuilding, with peace agreements hardly ever containing specific references to women. However, the inclusion of women in peace processes has been shown to increase their longevity and success, and the UN’s Women, Peace and Security agenda in place since 2000 illustrates the growing importance of women’s inclusion in post-conflict peacebuilding.

As detailed in my recent article in Parliamentary Affairs, women continue to struggle for full equality in Northern Ireland. Whilst some gains have been made in formal politics, women are still absent from peace-building mechanisms. In terms of substantive representation, a lot remains to be tackled including domestic, sexual, and reproductive violence.

As of March 2017, women’s political participation in the (currently defunct) Northern Ireland Assembly stands at 30%. Women also lead three of the main political parties. However, with an increase in women in leadership of political parties and in the Assembly a more progressive focus on gender policy issues cannot be assumed. The Agreement was founded on consociational principles including a cross-community, power-sharing executive with minority veto rights and cultural respect for both Catholic and Protestant communities. Feminist analysis of the consociational model has shown that women struggle to get equal representation under these structures, and that the primacy of ethno-national identity tends to push alternative identity issues off the political radar.

In particular, the exclusion of women from formal forums to discuss issues of conflict legacy and ongoing contested community issues, provides a stark example of who are considered legitimate actors in peacebuilding. Women have consistently been heavily involved in community organising and development in Northern Ireland. However, forums developed to discuss issues of community relations and peacebuilding have lacked in female participation. For example, talks held in Cardiff in the summer of 2013 to address contentious issues – such as the policing of parades and display of flags – had 3 women out of more than 30 participants composed of police, politicians, and community representatives. The most recent ‘Flags, Identity, Culture and Tradition’ Commission includes 14 men and 1 woman. Although there may be vague commitments to including women in decision-making, when it comes to the ‘hard’ political issues it appears that talks will continue to be male-dominated.

In addition to exclusion from mainstream peacebuilding, wider forms of gender-based violence including sexual, domestic, and reproductive violence remain invisible and lacking in priority for government. The Police Service of Northern Ireland (PSNI) report that sexual offences increased by 11.3% in 2015/16, an increase of 308 offences. Offences of rape increased to 780, the highest level recorded since 1998/1999. Some cases reported were historic, indicating that historic sexual offences cases highlighted in the media have brought this issue to the fore. Of more than 2,000 cases passed by the PSNI to the Public Prosecution Service in 2010–14, no prosecution was pursued in 83% due to a belief that the case would not pass the ‘evidential test’. In 2016, a special unit of prosecutors began assisting police in preparing stronger case in rape and murder cases across Northern Ireland.

PSNI statistics show a doubling in the number of reports of domestic violence since 2004. It is difficult to assess if the level of domestic violence is increasing or if it is simply being more widely reported, but it is certainly not decreasing. The PSNI report crimes with a domestic motivation increased by 5.4% in 2015/16 from 13,356 to 14,073. This is an average of 39 domestic violence crimes reported every day in Northern Ireland representing just over 13% of all crime.

Policy on domestic violence in Northern Ireland has responded weakly to this violence. In 2005, the Northern Ireland Office issued a strategy for addressing domestic violence with a multi-agency approach similar to the rest of the UK and an accompanying action plan. The strategy was to operate for five years but was not replaced by the devolved Assembly in the interim, although the action plan was periodically updated. It was reported in 2015 that an inter-ministerial working group on domestic violence, which first met in May 2008, had only met five times in all, and not at all since November 2012. A new strategy was to be launched in March 2015 but was held up for clearance by senior officials in the Department of Health, Social Services and Public Safety. It was finally made public in March 2016, but it came with no budget attached.

Whilst domestic and sexual violence do not represent a priority, other gender policy issues are blocked completely. Abortion continues to be restricted in Northern Ireland: the 1967 British Abortion Act does not apply in the region, and the Assembly continues to block any change to Northern Ireland’s abortion laws. The reality for women is either to travel to England at their own expense for a private procedure, or buy the abortion pill online, illegally, and risk prosecution. Women on Web (an online abortion pill provider) report that 5630 women from the island of Ireland requested the abortion pill from their website between 2010 and 2015. A number of women have undergone or are undergoing prosecution currently for procurement of the abortion pill. The police have raided the homes and workplaces of activists who are thought to have purchased the abortion pill.

In my research, I highlight the importance of making gender more central to our analysis of conflict and peacebuilding. Women continue to be left at the margins of processes to discuss and resolve ongoing contentious and conflict-related issues. Such silencing of gendered experience leaves out integral issues and perspectives on both the future of Northern Ireland and legacies of the past. Part of this invisibility manifests itself in the response to gender-based violence.

Whilst statistics indicate that domestic and sexual violence make up a significant proportion of criminal offences and that abortion restrictions result in on average two women per day travelling to England to access health services, it is often left to women’s groups and activists to lobby for legislative change and better policy responses to gender-based violence. The Good Friday Agreement was celebrated as a solution to conflict and a means for providing and protecting human rights and equality, but the limitations of gender-neutral peacebuilding and the tangible negative impact this has on the lives of women in Northern Ireland is clear.

Note: this article draws on the author’s published work in Parliamentary Affairs.

Claire Pierson is a Lecturer in Politics at the University of Liverpool.

All articles posted on this blog give the views of the author(s), and not the position of LSE British Politics and Policy, nor of the London School of Economics and Political Science. Featured image: the signing of the Good Friday Agreement, BBC History. 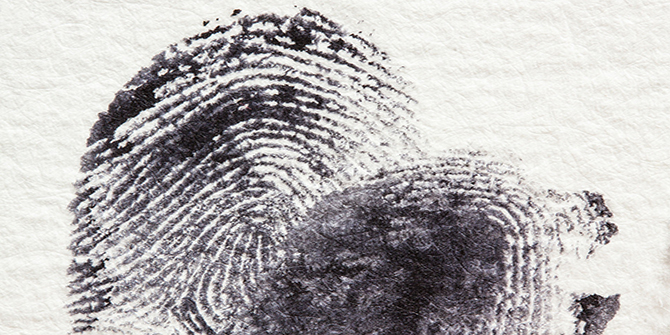