COVID-19 has shown the importance of extensive collaboration. At the same time, it has also highlighted the difficulties of achieving this when provision is largely privatised and fragmented. Jane Lewis discusses whether the new NHS White paper has the potential to solve this problem.

The recent NHS White Paper takes the lessons of the COVID-19 pandemic as its starting point and makes three proposals: (i) to build on the increase in collaborative ways of working during the pandemic by developing and giving legal status to Integrated Care Systems (ICSs) for the management of healthcare; (ii) to provide more accountability by giving power to the Secretary of State to direct NHS England (NHSE) in relation ‘to relevant functions’, which has already been subject to critical comment; and (iii) ‘additional measures’ in relation to social care and public health, presumably, at least in part, because of the serious difficulties experienced by both services during the pandemic.

The White Paper explicitly seeks to replace the most controversial part of the Conservative and Liberal Democrat Coalition’s 2012 NHS reform – competition – with collaboration and integration via ICSs. Section 75 of the 2012 Act was designed to embed market principles and discipline in the NHS. Purchasers and providers would become autonomous and the healthcare system self-sustaining. Politics would thereby be taken out of the NHS. However, the shift in focus away from competition should not be confused with the idea that there will also be – as has been reported by some – a reduced role for the private sector. Indeed, independent providers are likely to find a seat on the new statutory ICS Health and Care Partnerships, responsible for systems integration and planning.

Repealing Section 75 does not stop outsourcing to private providers. However, private provision has figured largely in the problems experienced by public health and social care during the pandemic. The outcomes achieved by outsourcing the major public health initiative – the establishment and operation of a test, trace, and isolate system – were poor, while many of the difficulties of social care can be linked to the fragmentation of the service that had resulted from the growth in privatisation since the 1991, when the NHS and the then Conservative Government stepped back from providing long-term care.

Local public health practitioners have historically operated test, trace, and isolate measures to control epidemics, but not for COVID-19. Rather, a number of private sector companies were contracted to provide a system branded as ‘NHS Test and Trace’. The results were disappointing in terms of the numbers tested and the length of time it took to turn around test results throughout the first wave of the pandemic. Nor were data passed routinely to local public health practitioners and GPs. Tracing the contacts of the person testing positive (using ‘call handlers’ sitting in call centres) and ensuring self-isolation proved even more problematic.

Public health practitioners were largely sidelined during 2020 particularly at local government level. In addition, Public Health England was effectively abolished that August as part of what some scientists called a ‘blame game’ and is merging with the new National Institute for Health Protection, under the direction of Dido Harding, the Conservative Peer who was made the Executive Chair of NHS Test and Trace last May. The budget for NHS Test and Trace is £22bn for 2020-21.

The 2012 reform of the NHS had returned public health practice to local government. However, the policy of austerity during the 2010s affected local authority budgets badly and there was little chance that local public health departments would be able to organise a strong enough test, trace, and isolate system to deal with COVID-19. But that does not explain why their longstanding expertise was ignored. Indeed, locally initiated efforts in contact tracing begun in mid-2020 showed considerably better results than those of NHS Test and Trace.

The White Paper does not acknowledge the role that public health experts and practitioners can play at the local level in communicable disease control if given the resources, or the presence they also need at the regional and central levels. Rather, the ‘additional measures’ addressed are confined to health promotion and safety programmes to be pursued in collaboration with ICSs.

The tragic death toll in residential and nursing homes for older people during the pandemic has made social care a yet more pressing issue. The need for radical reform has been addressed regularly over the last twenty years and continues to be promised by the current Prime Minister. But the major systemic problems of the organisation and funding of social care are not addressed in the White Paper. Comment is confined to securing better data; a legal status for the Better Care Fund which seeks to join up health and care; a legal power for the Secretary of State to make payments directly to adult social care providers, which holds out the possibility of support to a sector in crisis; allowing discharge from hospital to precede assessment, which might be interpreted as being as or more beneficial for the NHS than for social care recipients; and ensuring greater oversight by the Care Quality Commission, albeit not in respect of the widely recognised problems of staff training and pay.

Nevertheless, these matters are important, for example the Minister for Social Care, Helen Whately admitted that the Department for Health and Social Care did not know how many people were receiving care locally, so better data are essential. But the lack of good data has been in turn a function of the fragmentation of a sector that relies largely on private providers. Indeed, how to secure the integration of universal, tax funded and mainly publicly provided healthcare, and means-tested, mainly privately provided social care is extremely difficult.

Social care for older people in particular is teetering on the edge of unsustainability because of the impact of high death rates on occupancy rates and providers’ profits. In 2017, the Competition and Markets Authority stated that ‘[t]he current model of service provision cannot be sustained without additional public funding’. But how far public money can or should be used to support for-profit providers that include private equity firms raises more questions. It is also difficult for any plan for social care to suggest bringing either care homes or staff back into the public sector. Either would prove costly and might risk legal challenge. Yet, the smooth discharge of older people to a well-functioning social care sector is crucial for the NHS and can only become more so as the population ages. A variety of partial solutions have been suggested by parliamentarians, commissions, and think tanks to limit the (sometimes catastrophic) charges for those who are deemed ineligible for state support and who must often sell their homes. These include the use of general taxation, hypothecated taxation or social insurance. Certainly, the measures outlined in the White Paper can only be a small part of any policy approach to the problems of social care.

The lessons of COVID-19 have shown the importance of being able to reconfigure healthcare and of more extensive collaboration. However, the example of social care shows the difficulties of achieving this when provision is largely privatised and fragmented. The story of the privately provided test, trace, and isolate system with little by way of expert oversight serves to demonstrate the long-established value of strong public health systems. Indeed, the large-scale outsourcing of contracts without competition more generally during the pandemic – notably for personal protective equipment as well as the TTI system – do not make a good case for this becoming the norm.

Jane Lewis is Emeritus Professor of Social Policy at the LSE. Most recently she is the author of The Challenge of Controlling COVID-19: Public Health and Social Care Policy in England during the First Wave (Bristol: Policy Press).

Photo by Hamish Kale on Unsplash. 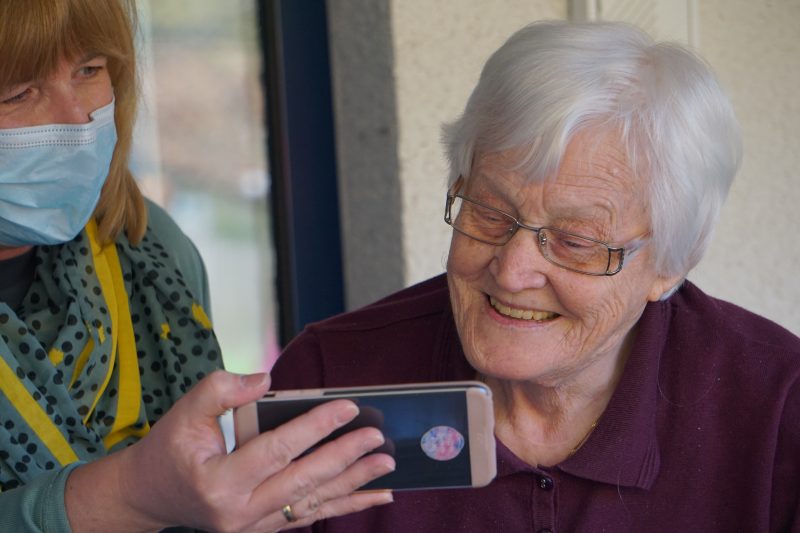