Kate Bayliss argues that the most significant impact of the privatisation of Royal Mail will be the fundamental shift in relations it brings about between various agents. Though the Queen will remain on our stamps, prices will almost certainly rise and jobs will probably be lost in the name of increased productivity. There are other options that should be explored, and the starting point needs to be an evaluation of alternative methods of addressing current constraints, which takes account of the impact on agency relations in the wider system of provision.

Privatisation of Royal Mail is scheduled for the autumn. On one side it is claimed that this will improve efficiency and raise private capital. Meanwhile, opponents believe that prices will soar and services will be cut. Examples are cited to support or critique the proposed sell off. British Telecom is widely regarded as a success while British Rail is considered by many to have been a failure. The diverse interpretations, and outcomes, demonstrate that the impact of privatization varies. In addition, the effects are not felt evenly across all interest groups.

The same policy can have vastly different outcomes depending on the nature of the industry and the context. Privatisation is not a matter of releasing the spontaneous forces of market dynamics. Rather it is about shifts in the relations between agents that have diverse incentives. Outcomes emerge from negotiated settlements between these agents. They depend on the specific context as well as the relative bargaining strengths, and these evolve over time. 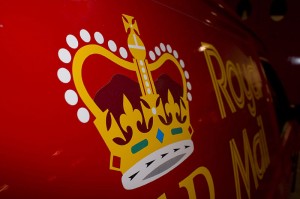 Looking at the agendas of the agents involved in the Royal Mail privatisation, the new private owners will be aiming to maximise shareholder value. This will put downward pressure on costs – including wages (with the exception of directors’ remunerations which have soared in privatised utilities) and services that may be ‘uneconomic’ such as reaching rural areas. Shareholder priorities will also put upward pressure on prices. Employees and customers are also agents in the privatisation process. They are the ones who expect to lose out, and resistance is growing. The government knows that their compliance is essential which is why they are trying to buy them off with shares in the privatized utility.

The government as an agent in the process has a political interest in the privatisation being perceived as successful. This requires finessing a balance between private capital and consumers. At one level, this depends on the role of the regulator but it is also reflected in the wider institutional framework such as tax agencies as well as the mechanism of the sale transaction. A high sale price and sustained capital investment will be considered (by the financial markets at least) to be an indicator of success. But a high sale price and continued investment will only be achieved if there is profit to be made by the private sector. This is likely to require that prices will rise.

This brings us to another significant new set of agents in the process – the financiers. According to the Business Secretary, Vince Cable, one of the main reasons for privatising Royal Mail is to raise money in the private financial markets. This will transform agency relations in the organization as privatisation will launch Royal Mail into the sphere of global financial capital. What will be the effect of this? First it is important to note that capital raised on financial markets is repaid by consumers plus the interest and/or dividends required to make a profit.

Second, the need to raise finance will constrain the regulator to some degree as Ofcom will need to keep an eye on the capital markets. The regulator will need to make sure that investments are profitable so that Royal Mail is able to raise private finance. If returns on private capital dip, then this may make the markets jittery and put downward pressure on credit ratings and upward pressure on costs. Regulatory stability is attractive for investors which keeps capital costs down while a challenging regulator may do the opposite. This then tilts the balance in favour of private capital.

However, the regulator will have to set some boundaries for Royal Mail which may curtail profits and this will lead private capital to adopt alternative methods of rent extraction. Financial innovation is key to this. The use of financial products is rapidly increasing in non-financial firms, in the UK and elsewhere. Complex ownership structures and opaque transactions with offshore group companies registered in tax havens are standard fare for privatized utilities these days. In addition, accountants and lawyers ensure that tax liabilities are minimized. These activities bring no benefit for consumers but may also increase prices.

Over time, ownership of Royal Mail is likely to become consolidated in global capital structures as multinational enterprises move in. In addition, dissent will fade and customers will be persuaded that we need to pay high prices to the private financial sector as this is the only way that we can attract the finance that we need for investment. We will come to accept that paying high prices to allow healthy dividend payments is in our interests. Alternatives will be off the radar.

But there are other options. The starting point needs to be an evaluation of alternative methods of addressing current constraints, which takes account of the impact on agency relations in the wider system of provision. In this context, the rhetoric of the privatisation option is contradictory. If Royal Mail is doing so badly that, according to Mr Cable, it is depriving schools and hospitals of resources, why would the private sector be interested in investing? Royal Mail doubled its profits this year. Private capital markets are not the only alternative to the public purse. Utilities can be owned by the government and still be efficient.

After privatisation, we may still keep the Queen on our stamps. Prices will almost certainly rise and jobs will probably be lost in the name of increased productivity. However, the more significant impact will be the fundamental shift in relations brought about by privatisation. The introduction of private ownership will lead to a reorientation of the ethos and objectives of the organization. In the long term, we might expect Royal Mail to become an asset of a global conglomerate whose profits we need to maintain to keep our postal services running. We need to reconsider if this is really our best available option.

Dr Kate Bayliss is affiliated with SOAS, University of London and has been working on public sector reform for over a decade with particular focus on privatisation of water and electricity. She has worked as a consultant for international agencies and NGOs.