Ellen Stewart, Angelo Ercia, Scott Greer, and Peter Donnelly compare how the public is involved in major service changes across the UK’s four health systems. They find some clear differences between the four systems’ processes, including the extent of central government oversight and guidance.

Of the issues that have dogged health politics since the creation of the NHS, the closure of hospitals has proved one of the most intractable. What decisionmakers describe as service ‘reconfigurations’ or ‘redesigns’, but many campaigners perceive simply as cuts, highlight central-local faultlines that have been evident in the NHS for 70 years. They outplay any other local issue in causing national political ructions; with local clinicians elected to Westminster, Stormont, and Holyrood on single-issue ‘save our hospital’ campaigns. Health policy debates have long exhibited impatience with such campaigns, and the result is that the bricks and mortar of the NHS is remarkably slow to change.

Recent research has argued that genuine processes of public involvement – how organisations consult and engage local populations in decision-making – may be key to enabling healthcare organisations to make the changes that they argue are clinically, and oftentimes also financially, necessary as health systems manage ageing populations with increasingly complex health needs. However what constitutes ‘meaningful’ (or ‘successful’) involvement processes remains contested.

In our research, we seek to understand how the NHS is involving the public in contentious service change comparatively, drawing on the remarkable natural experiment that is devolved health policy in the UK’s four health systems: England, Northern Ireland, Scotland, and Wales. It’s a task complicated by increasing divergence in both terminology and structures between these evolving systems, but one which provided intriguing insights into their priorities. All four systems have a stated, in most cases statutory, requirement for NHS organisations to involve the public in changes to services. However beyond that there are significant differences.

Public involvement and the English NHS

England is both by far the largest of the UK health systems and also the one which has been most subject to radical reorganisation – or what has been described as redisorganisation – and fragmentation in alternating pursuit of competition or collaboration. Change – including closures – seemed most frequent in the English NHS compared to the other health systems. Central government actively seeks to distance itself from local service changes:

As well as the Department of Health’s distance from change plans, NHS England, the behemoth agency-come-policymaking body, also emphasises that it advises but does not take responsibility for local decisions on approach. English policy guidance to local NHS organisations encourages involvement but in very general terms, and based on broad principles, not prescription.

Northern Irish policy, by contrast, mandates a somewhat rigid and legalistic approach to public involvement. The focus is very much on pre-defined ‘consultation schemes’ which set out with some precision who will have a say and exactly how, and the approach to engagement was broadly, and with good reason, risk averse.

Say for example there was a service change and I thought I’ll have a focus group… we’re likely to be challenged… If it’s controversial and somebody doesn’t like our decision, which quite often happens, we would be challenged on the process. (NHS manager, Northern Ireland)

Not helped by prolonged periods without a functioning Government, hospital closures are vanishingly rare in the Northern Irish NHS, and even ostensibly minor changes to services provoke significant concern. As in the all the devolved system, Government civil servants play an active role in brokering solutions where controversy develops over proposed changes, but the overwhelming impression from our Northern Irish research was of frustration from both NHS staff trying to improve services and from campaigners, tired of repeated consultations on even very minor changes.

In Scotland, Health Boards redesign services with an extensive and prescriptive set of policy guidance which sets out how involvement should proceed. Perceived by some interviewees as excessively thorough, others felt that the detailed guidance gave Boards a degree of protection:

…incredibly nitpicky… it was absolutely exhausting… [But] you’re much more certain to be able to make the change if you’ve gone through the process, you’ve got a fighting chance. (NHS manager, Scotland)

A team of service change specialists within the Scottish Health Council (an NHS agency) provide advice and also assurance on the quality of involvement. Distinctively, current Scottish health policy additionally mandates the approval of the Minister in every service change which is deemed ‘major’. This contrasts sharply with the other three health systems where government politicians are generally shielded from the often febrile politics of hospital changes, and has kept hospital closures firmly on the Scottish political agenda.

Public involvement and the Welsh NHS

Welsh policy ambitions in this area are the most distinctive by some distance. Welsh health policy directs Local Health Boards to focus on continuous engagement with its population, with far less attention to a discrete process of consultation when a change is proposed. This emphasis on building trust, and therefore dialogue, between an organisation and its population seems closest to longstanding accounts of best practice. However this ambition for culture change towards transparent, responsive organisations was less evident in local practice, and had seemed to become embroiled in extant entrenched battles over particular hospitals.

Despite a proliferation of generic best practice guides and the availability of technical advice from organisations which cross national boundaries, processes of public involvement in contentious service changes were overwhelmingly shaped by factors endogenous to the four health systems. This supports other studies which have criticised organisational change management models for neglecting the highly politicised context in which UK healthcare organisations operate: put simply, in the UK, NHS change projects are deeply entrenched in their national politics. Taking an explicitly comparative approach to understanding British health politics – still too often assumed to refer only to English health politics – enriches debates on the relationship between the NHS and the British public. While calls for more comparable quantitative performance data are commonplace, qualitative comparison remains well-placed to handle the complexity of our increasingly divergent NHS(s).

Note: the above draws on the authors’ published work in Health Economics, Policy and Law.

Angelo Ercia is Research Associate in Health Informatics at the University of Manchester.

Scott Greer is Professor in Health Management and Policy at the University of Michigan.

Peter Donnelly is Professor at the Institute of Health Policy, Management and Evaluation, Dalla Lana School of Public Health, University of Toronto. 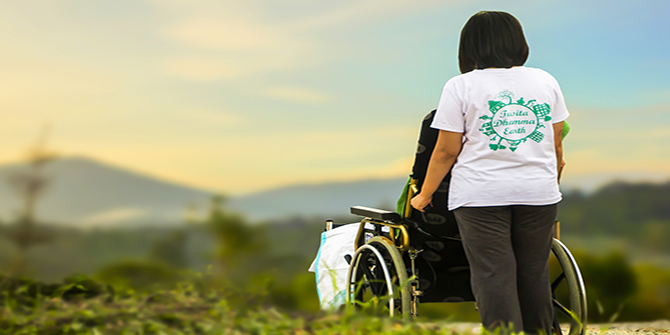