Throughout the short campaign, this blog will be publishing a series of posts that focus on each of the electoral regions in the UK. In this post, Paul Webb discusses the key things to look out for in the South East.

The South East of England is overwhelmingly blue. Of the 82 parliamentary constituencies spread across the counties of Kent, East & West Sussex, Surrey, Hampshire, Berkshire, Oxfordshire and Buckinghamshire, just 9 are currently held by non-Tory MPs. Four of these are Liberal Democrats, three are Labour, 1 is Green and 1 is UKIP.

In 2010, the vast majority of these parliamentary contests were principally about who could win out of the Conservative or Liberal Democrat candidates; some 63 (77 per cent) fit this two-party mould, with most ending up as comfortable Tory victories. Only four produced winning margins of less than 10 per cent (and this included two of the four Liberal Democrat wins). Of the remaining seats across the region, 16 were Conservative-Labour contests, all bar two of them falling to the Tories (the Southampton seats of Itchen and Test bucking the overall pattern). Again, most were relatively or very safe for the Conservatives, since only four produced winning margins under 10 per cent (including Labour’s two holds in Southampton).

This leaves three other seats which didn’t quite fit into either the Conservative-LibDem or Conservative-Labour pattern of contests; these were Oxford East, where the Labour candidate Andrew Smith beat his Liberal Democrat rival into second place by 9 percentage points; Brighton Pavilion, where Caroline Lucas prevailed over her Labour antagonist for the Greens by just 2.4 points; and Buckingham, where the Speaker John Bercow saw off the challenge of the Buckinghamshire Campaign for Democracy candidate by a far more commanding margin. Since that time, one of the Conservative-Labour seats of 2010, Rochester & Strood, has fallen to UKIP courtesy of the defection of Mark Reckless from the Tories, and his subsequent by-election victory in November 2014.

Given the collapse of Liberal Democrat support since 2010, and the near-meteoric rise of UKIP across the region, some adjustment of expectations is required as we look forward to next month’s general election. Around a dozen seats that were Conservative-Liberal Democrat contests in 2010 now seem more likely to be straight fights between the Conservatives and Labour. Such constituencies include Ashford, Banbury, Basingstoke, Canterbury, Gosport, Milton Keynes South, Reading East, Spelthorne, Worthing East, and Wycombe. Few, if any, of these would seem to hold out much prospect of Labour victory. The rise of UKIP threatens to muddy the clear blue Tory waters, however, and may well help Labour to make gains in more marginal Con-Lab contests, such as those of Hastings & Rye, Brighton Kemptown, and Hove. It may also serve to keep the Tories from gaining seats such as Eastleigh and Eastbourne from the Liberal Democrats.

The main focus of UKIP’s performance in the South East, however, is certain to be on two seats: Rochester & Strood, where we wait to see if Reckless can stave off the Conservative challenge of Kelly Tollhurst (she was just 7.3 percentage points behind him in last year’s-by-election), and of course Thanet South, where party leader Nigel Farage is attempting to break through. Although this was a comfortable Tory victory for Laura Sandys over her Liberal Democrat rival in 2010, the scene in this normally sedate part of the Kent littoral is much changed now. For one thing, Sandys has decided to be a one-term MP, which means that the average advantage of around 2 percentage points that first-time incumbents usually enjoy will not aid the Conservatives. For another, the phenomenal progress of UKIP since 2012, and the particularly high profile of Farage, means that there is a real chance that he will finally gain a seat in the Commons, after multiple unsuccessful previous results. The eventual result is probably on a knife-edge, as constituency polls in Thanet South have revealed a wide range of outcomes, from commanding leads for Farage to (more recently) a neck and neck three-way marginal contest involving UKIP, Labour and the Tories.

If you want a bellwhether indicator in the South East, then the city of Brighton & Hove offers the strongest clue as to what might happen across the country as a whole. Its three seats have tended to change hands with new governments in recent decades – to the Tories in 1992, to Labour in 1997, and in two cases back to the Conservatives in 2010. However, 2010 also produced the surprise victory of Caroline Lucas for the Greens, which reflected the uncertainty of the electorate about handing an overall majority to any single party at the time, and its growing openness to new parties. All three seats are marginal, and the Tories will do well to retain either Hove (where the departure of Mike Weatherley will deprive them of any incumbency advantage) or Kemptown. Lucas has the most marginal seat of them all in Brighton Pavilion, but her strong reputation as an engaging national figure for the Greens and as a dedicated constituency MP means that she will have a decent chance of holding off Labour (in spite of the growing local unpopularity of the city’s Green-controlled council).

Across the region, issues that are nationally prominent (the economy, the deficit, immigration, housing, health and education) have certainly all featured in constituency campaigns, albeit with distinctive local twists. Most obviously, perhaps, this has been true of health, where the performance and local standing of some hospitals (for instance, the Medway Maritime Hospital in Rochester & Strood, and Royal Sussex County Hospital in the Brighton & Hove seats) have been of particular concern. Local issues such as urban traffic problems and controversial infrastructural projects such as the building of the ‘i360’ observation tower in Hove and the re-development of the A27 along sections of the south coast have elicited debate in Brighton, Arundel, Worthing and Eastbourne, while Green leader Natalie Bennett’s promise of a fundamental review of the horse-racing industry (with the implied threat of a ban on the sport) has resonated in the South Downs constituencies where training and racing (think Goodwood, Fontwell, Brighton and Plumpton) have been very significant sources of leisure and economic activity. Immigration is an issue that plays most keenly in seaside towns and ports such as Dover, Margate, Ramsgate, Hastings, Bognor and Littlehampton, all of which have experienced significant flows from abroad over the past decade.

When the dust has all settled, there can be no doubt that the political map of South East England will remain predominantly blue, but in an election that is expected to turn on small margins, the contribution of some of the key marginal contests in the region is not to be underestimated. The ability of the Greens to hold onto their foothold in Parliament, of UKIP to enlarge theirs, of Labour to regain a measure of the ‘Southern Comfort’ that it enjoyed during the hey-day of New Labour, or of the Liberal Democrats to limit the damage wrought by five years as the Tories’ junior partner in national government, are things that keen-eyed observers of elections will be able to elicit from the unfolding story of the South East in the early hours of 8th May.

Note: This article gives the views of the author, and not the position of the General Election blog, nor of the London School of Economics. Please read our comments policy before posting. Featured image credit: Benedict Adam CC BY 2.0 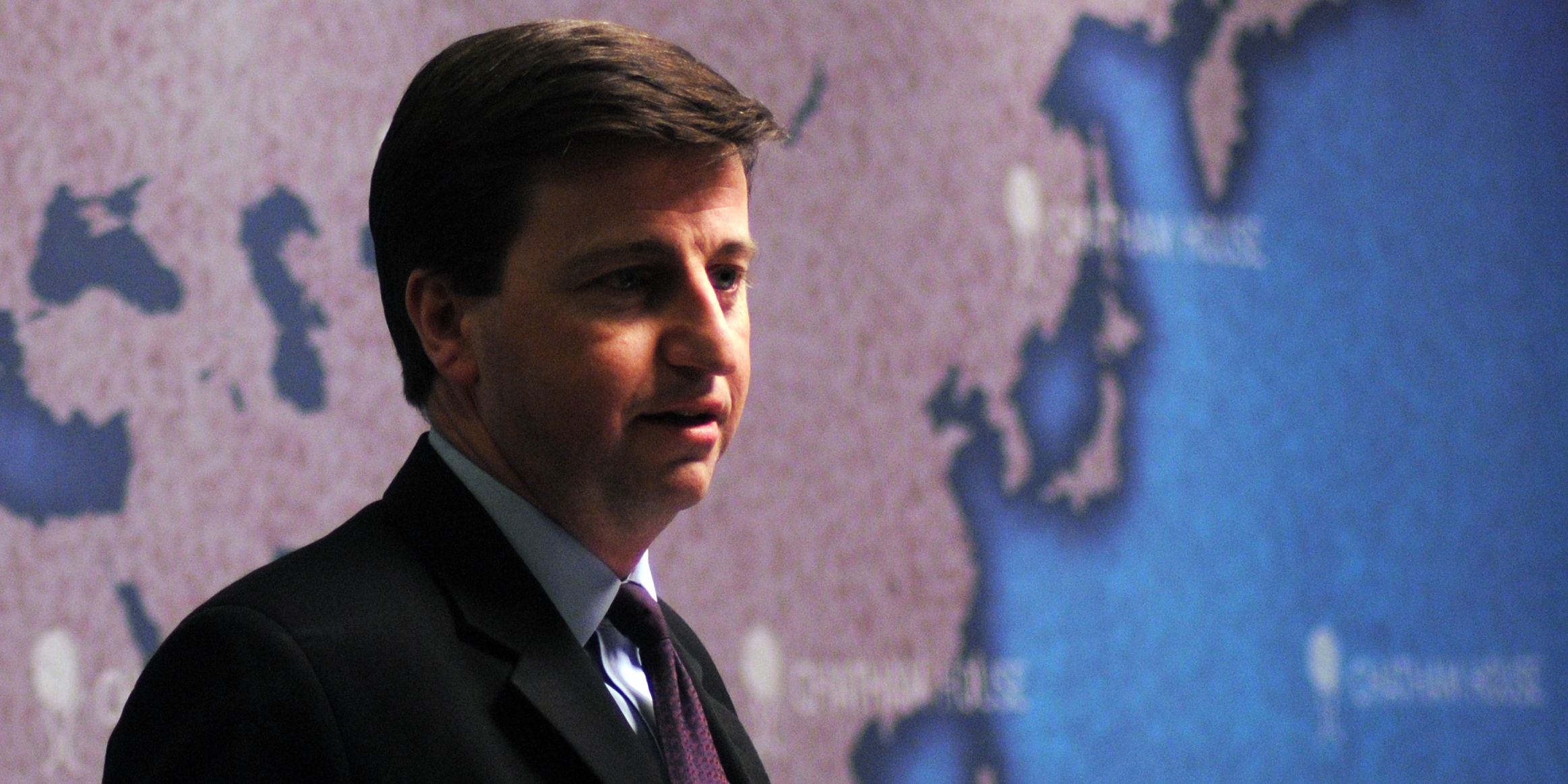 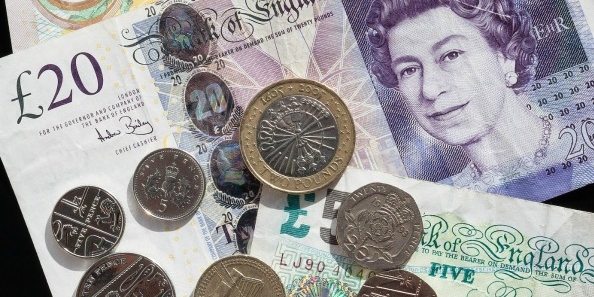 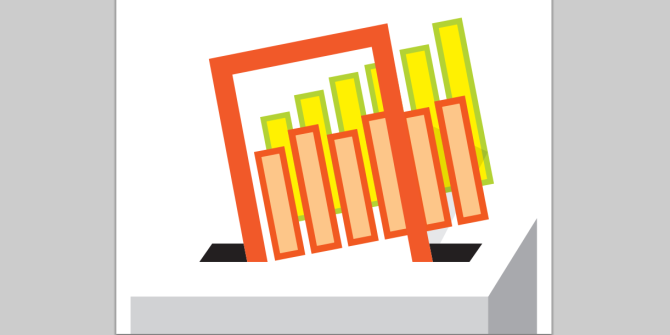