Details of the referendum the UK will hold on its EU membership were published on 28 May. Tim Oliver writes that while a great deal of attention has focused on what the impact of a Brexit would be for the UK, equally important is the role that other European countries will play in framing the campaign, particularly given David Cameron’s intention to secure a renegotiation of Britain’s terms of membership. He argues that despite recognition that the UK leaving the EU would have a significant impact on the integration project as a whole, there is nevertheless reluctance among European governments to offer the UK much in the way of concessions.

The publication of the EU Referendum Bill on 28 May signalled the start of the parliamentary process to give the British public a vote to decide the future of UK-EU relations. It came as David Cameron dashed around the rest of Europe trying to drum up support for a renegotiation he has promised to secure before any referendum.

How the rest of the EU responds to his overtures and Britain’s debate will be crucial to not only shaping the choice made by the British people, but for deciding the future of Europe more broadly. For it is not just the UK that faces a choice. To borrow from US President Lyndon Johnson, the EU has now to decide whether it wants the UK inside the EU tent pissing out, or outside the EU tent pissing in.

For Cameron, the referendum bill delivers on a commitment he made in January 2013 and which carries almost universal support in his Conservative Party. There has already been an avalanche of analysis, speculation and debate about what a Brexit would mean for the UK. This, and what follows over the next year, will add to the mountain of existing research on the subject.

Like it or not, Europe will soon witness the citizens of one of its largest states debating whether or not to quit the leading organisation of pan-European cooperation and unity. This is not an insignificant development for the EU, European geopolitics, the states of Europe, or how we study and theorise European politics and integration.

That might sound an obvious statement to make. It’s one you’ll find is raised over dinners in Brussels or coffee in Berlin. There has certainly been no shortage of informal chat about what a Brexit could mean for the EU. But discussion quickly turns to what a Brexit might mean for the UK. The implications for the EU are pushed to one side. There have been only a couple of reports – SWP, DGAP, ECFR, Bertelssmann, Open Europe – analysing what such a big event could mean for the EU. Each ranges in size, focus and detail.

In Britain it is hoped an open debate about Europe can lance the festering political boil that Europe has become. It could provide a fresh start. A successful vote could also break Europe’s fear of referendums. It could show that the citizenry of member states can and should be engaged directly in discussing the future of the EU and their member state’s part in it.

However, Britain is not the only country to have a difficult relationship with the EU. Granted, it is only the UK where an out vote is considered a realistic possibility. Nevertheless, some fear the UK is about to trigger a domino effect that brings chaos through more referendums. The outcome could be a slow weakening and unravelling of the union.

Even if the UK votes to stay in the EU, the issue of Europe in British politics is unlikely to be settled. Rather than cleanse British politics of a poisonous debate, the vote could merely be a placebo. The European question in British politics has long been about more than whether to be or not to be in Europe. It weaves its way into many of the problems and issues shaping the UK today. They are unlikely to go away whether the decision is to stay or leave.

Whether in or out of the EU tent the UK will remain, as Stephen George once described it, ‘an awkward partner’. As any historian of UK-EU relations knows, even having Britain inside the EU tent has not stopped it pissing inside it instead of outwards. The rest of Europe should expect continued sniping and difficult times ahead. So would it not be better then to banish Britain altogether?

The rest of the EU will play a central role in deciding whether Britain stays or leaves. Those in the UK who seek a withdrawal would be served by an EU that is obstructionist, refusing to countenance much by way of renegotiation. This would be a ‘passive expulsion’, the EU doing little to keep Britain in because the other members quietly want Britain to up and leave of its own accord.

To reach a decision the rest of the EU will have to consider three issues. First, what could be the economic costs for the EU of the various possible trading relationships that would follow a Brexit? A UK on the outside would be the EU’s biggest trading partner. Would any special deal be offered to the UK, or would this risk complicating relations with other non-EU states, to say nothing of compromising the single market? It should not be forgotten that Europe is a tent village in which the largest tent of the EU is surrounded and connected to smaller tents such as EFTA and the EEA.

Second, how would UK-EU relations on matters of security and defence be managed? Britain might have recently become more withdrawn from the world, but it retains a considerable punch. The UK will not be quitting the transatlantic tent of NATO.

Third, who would benefit from the political changes to the remaining EU brought about by a British exit? Or would there be little benefit? Would the damage hit everyone by weakening the idea and direction of European integration? Would this then bring down the EU?

The search is now on to decide what position the EU will take. Central to this will be the position of Germany. Others should not be overlooked. In the past Cameron has made the mistake of assuming all decisions are made in Berlin. That overplays Germany’s power, if only because any decisions by Germany are made with a view to wider European politics and not simply bilateral relations with the UK.

In September 2014 the DGAP published a report made up of 26 views on a Brexit written by people from research institutions and universities from sixteen EU member states, nine non-EU countries, and a view from the EU’s institutions in Brussels. Its conclusions were clear: while there is sympathy for some of the UK’s frustrations about the EU, there is equally a great amount of frustration at the UK’s attitude towards the EU and other member states. As the Dutch contribution put it, Britain suffers from a sense of ‘narcissistic victimisation’ – of believing only it suffers from the EU’s failings and only it knows the way forward.

The report does not make optimistic reading for Cameron if he hopes the rest of the EU will offer him much by way of a renegotiation to sell in a referendum. There is some hope because the report also shows the rest of the EU is aware of the bigger unknowns that surround a possible Brexit. There is room for compromise, but the renegotiation and then referendum – whatever the result – will leave both sides still managing a particularly awkward relationship.

Tim Oliver is a Dahrendorf Fellow for Europe-North American relations based a LSE IDEAS and a Non-Resident Fellow at the SAIS Center for Transatlantic Relations. He has also worked at RAND, the Stiftung Wissenschaft und Politik, the Royal Military Academy Sandhurst, LSE, UCL, the House of Lords and the European Parliament. 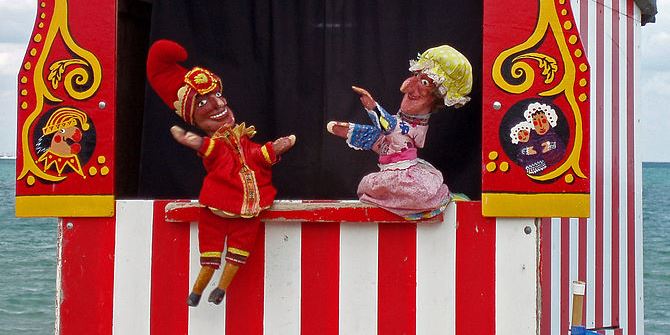 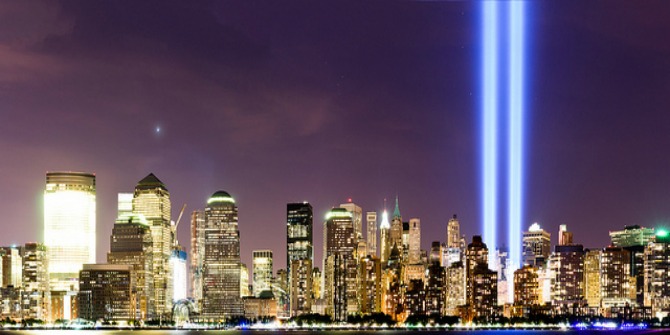