While politicians of all stripes talk about the need to build more homes, very little detail has been unveiled for how they will actually be built, writes Andrew Carter. A new report by the Centre for Cities details three necessary components: the density of housing within existing city boundaries needs to be increased; some parts of greenbelts need to be built on; and neighbouring authorities surrounding the nation’s most high-demand cities need to coordinate better in order to develop sites.

It is encouraging that there is now broad agreement amongst politicians, academics and policy commentators that the UK needs to build more homes. But unless we see dramatic changes to housing policy, the minimum target of building 200,000 new homes per year is unlikely to be achieved. This is because, while national politicians play the numbers game vying for larger targets or more dramatic rhetoric, there remains little detail as to where these homes will actually be built. Moreover, the fact remains that we simply will never solve the housing crisis while some of the most sensible solutions from both a policy-making or economic perspective have been taken entirely off the table.

Looking at the UK’s housing market, it’s clear that demand for new homes is much greater where the economy is strongest, and that at the same time, our most successful cities tend to be least affordable. For example, housing in Oxford is around fifteen times local incomes, whereas in Stoke it’s more like five times the value of incomes. That’s because new house building has failed to match either the scale or the geography of this demand. For example, between 2008 and 2013 there were relatively more homes built in Barnsley – the second most affordable city in Britain in which to buy a house given local incomes – than in London or Oxford, the least affordable cities.

But failing to build the homes that the most successful cities need risks significantly constraining their growth, as well as that of the national economy. In too many of these cities, residents are being priced out of labour markets, meaning businesses are struggling to attract the right talent and experiencing lower consumer demand. While there is no silver bullet solution to meeting the demand for new houses, at the heart of any response needs to be the issue of land supply, as the only way to build more homes in the country’s most successful cities is to increase the amount of land allocated for housing.

Centre for Cities’ latest report sets out the three necessary components of an effective policy response to this challenge:

The first step is to increase the density of housing within existing city boundaries, through identifying and developing brownfield land. In the UK’s ten least affordable cities alone, there is the capacity for around 425,000 extra houses on brownfield land. In Reading, for example, there is the capacity for around 8,440 more homes. Given the complexities of developing many of these sites, however, the report calls on national Government to support and enable cities to capitalise on these opportunities. The reality is that this will require significant investment which, in the current political climate, may be difficult to secure.

However, brownfield land alone will not meet the housing needs of the UK’s most successful cities, over the long term – indeed, the 425,000 homes it offers could only deliver two years’ national target. This is why the second necessary response to build the homes needed in these cities must involve evaluating land on its merits rather than its existing designation. For example, within a 25 minute walk of a train station there exists land for a potential 1.4 million homes inside the ten least affordable cities’ existing built-up areas – on land currently designated as greenbelt. Contrary to popular belief, doing so would not require cities to “concrete over” their surrounding green spaces – even if all 1.4 million homes were built on these sites, 95% of these cities’ current greenbelt areas would remain intact, and because greenbelt land is so plentiful, only the least attractive sites would need to be prioritised. 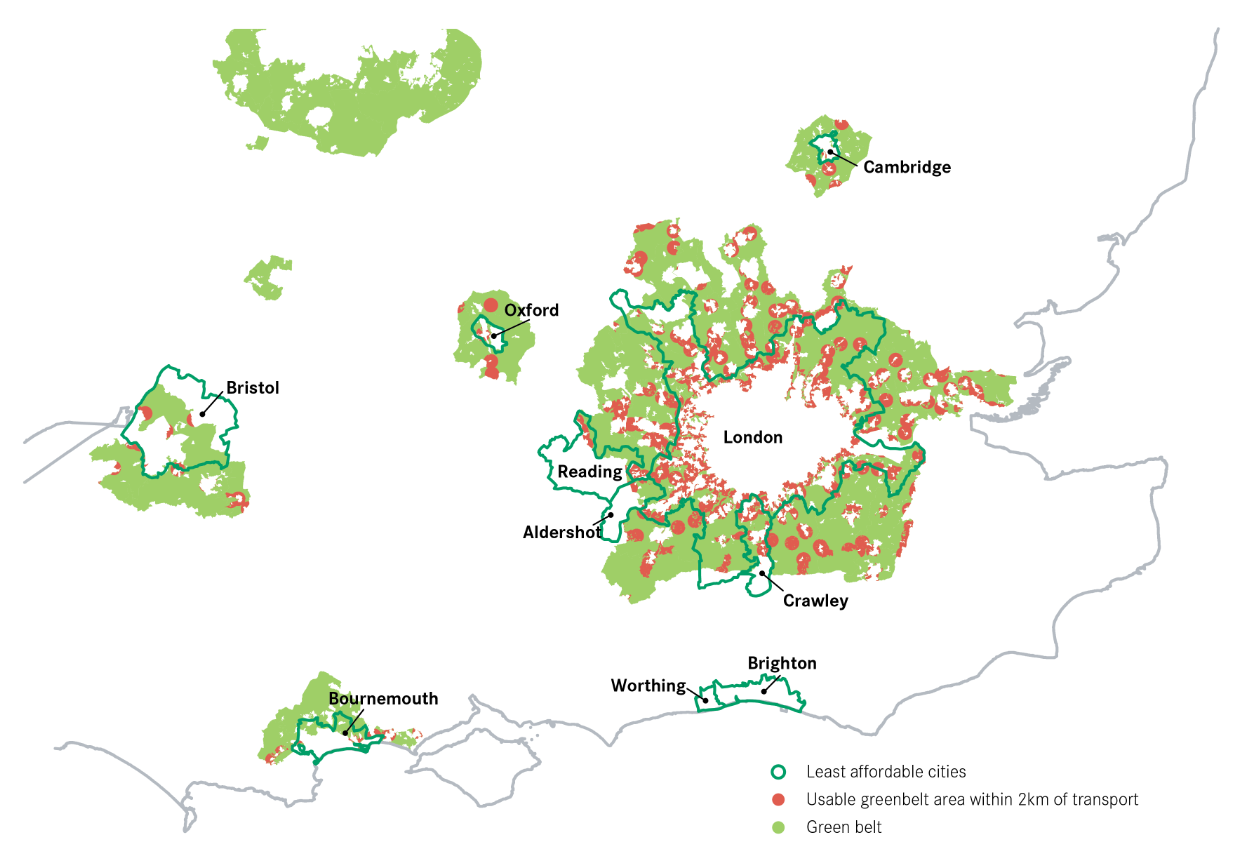 Because housing markets for successful cities extend well beyond their own administrative areas, the third essential component to deliver long-term supply in the UK is to encourage cities to work much more closely with their neighbouring authorities. Around half of urban workers live and work in different local authorities – often travelling from homes in surrounding areas to jobs in the city centre, which is why housing and infrastructure provision is most effectively delivered at the true scale of the local economy. If the neighbouring authorities surrounding the nation’s most high-demand cities worked together to develop sites close to train stations, there would be enough land for 3.4 million homes, on just 12.5 per cent of these cities’ greenbelt areas.

Each of these steps require cities to consider where opportunities match with existing infrastructure, and how best to link new homes to the jobs and services that offer people the most opportunities and make these cities successful. But critically, as has so often been the case in political debate, none should be off the table – including the greenbelt. Cities must be bold in identifying accessible land for more homes, and national politicians must support them in doing this. Otherwise, regardless of policy announcements and ambitious targets, the homes these cities, and the national economy, so desperately need, will continue to go unbuilt.

Andrew Carter is Acting Chief Executive of the Centre for Cities. He can be found on Twitter @AndrewCities. 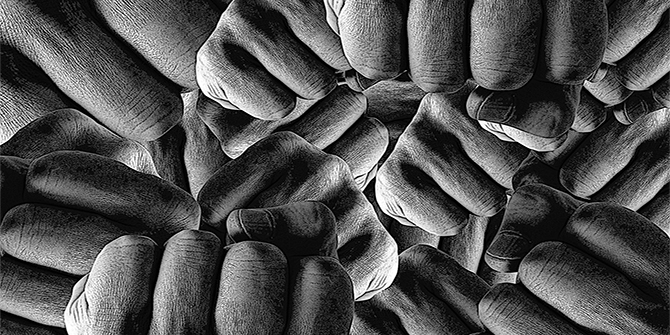 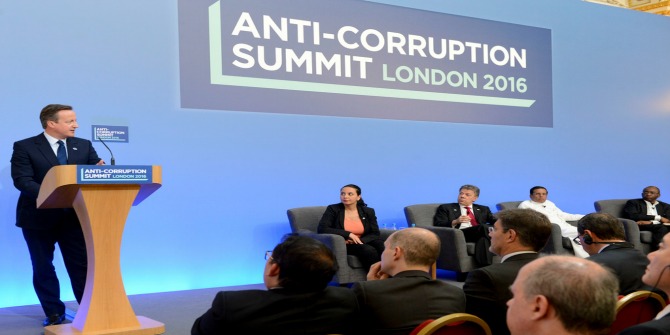