The British public appears to be slightly more strategic than altruistic, generally favouring national interest over need, in their attitudes towards the use of foreign aid, find Graeme Davies, Simon Lightfoot and Rob Johns.

In March 2015 with relatively little fanfare the UK became the first G7 country to pass a law formally committing the UK to maintain an aid budget at 0.7 per cent Gross National Income (GNI). The new Conservative government have pledged to stick by this commitment made whilst in coalition. This commitment is controversial for a wide variety of reasons yet despite the planned “austerity” budget, fears about cuts to defence spending and critical headlines in national newspapers about where UK aid money is spent, it is clear from surveys that the public tends to support the current levels of UK aid.

However, we wanted to find out what people felt was the main purpose of that aid. This would seem to be obvious – helping poorer people – but there is a wealth of material that suggests that countries give aid for a wide variety of political, economic and moral reasons. Indeed, a key factor can be national interest (see works by Steven Hook and Carol Lancaster). To test what people in the UK felt, we ran a simple question with YouGov, which asked:

“Some people say that the UK’s foreign aid should simply be distributed to the countries which are most in need of help. Others say that we should put our national interests first when deciding how to distribute foreign aid in the developing world”.

Overall, when we look at the British electorate we see that there is a small insignificant tendency to favour the use of aid for national interest purposes with approximately 52 per cent of respondents scoring 4 or above. However, we see that the mode category is the most strongly supportive of using aid to favour UK national aims, rather than pure altruism. How can we break the differences in attitudes towards the use of aid down?

One sets of cleavages could relate to party political support, with voters who support rightwing parties being more supportive of national interests and those to the left being more keen on sending aid to those most in need. Conducting a mean comparison where higher scores suggest support for national interest and lower for need we can see if there are significant differences between the party supporters (error bars represent 95 per cent confidence intervals).

The comparison suggests that there are significant differences between some of the parties with UKIP and Conservative party voters being more sympathetic to the use of aid for national interest purposes, Labour party voters also tend to veer towards national interest, whereas Liberal Democrat, SNP and Green voters err towards need. Why does this matter? Well, if you are going to develop a message for your supporters about maintaining aid levels at 0.7 per cent of GDP the Conservative party should tailor their argument to debates about national power and influence, not about helping the most needy.

Does newspaper readership make a difference? Without going into all of the debates about cause and correlation we do see significant differences between readers. Looking at figure 3 we see that Daily Star  readers are most likely to turn away from need and towards national interests whereas the readers of The Guardian and Independent are far more inclined to help the needyist peoples around the world.

How does this all stack together when controlling for a range of factors? When we control for age, gender, social grade and education in a multivariate ordered logit model we still find significant effects for party support and tabloid readership. UKIP supporters are significantly more likely to support national interest motivations for giving aid than non-voters. Tory party voters however, are not significantly different to non-voters in their attitudes towards aid. SNP voters are most likely to be in favour of need for aid policy, then Lib Dem voters and Labour.

When it comes to reading a paper we simplified the variable into ‘tabloid’ and ‘broadsheet’. We found that, when controlling for education, broadsheet readership had no effect on attitudes towards aid, but tabloid readers are still way more likely to support national interest aims than those people who didn’t read a paper.

Emma Mawdsley argues that One World Conservatism under David Cameron “promised a more ‘hard headed’, value for money agenda that supposedly ‘re-balanced’ stronger national interests with ‘doing good’ in the world”. The results of our survey suggest that the strategy Cameron adopted chimes with the views of a significant sector of UK society.

Note: This article was originally published on the PSA Insight blog and is the result of the PSA and EPOP’s #GE2015 polling competition in partnership with YouGov. The article gives the views of the authors, and not the position of the British Politics and Policy blog, nor of the London School of Economics. Please read our comments policy before posting. Featured image credit: DFID CC BY.

Simon Lightfoot is a Senior Lecturer, School of Politics and International Studies, University of Leeds. He is co-author of “‘We will not balance the books on the backs of the poorest people in the world” Understanding Conservative Party Strategy on International Aid’, Political Quarterly, Vol. 83, No. 1, 2012 pp. 130-138 (with Tim Heppell).

Rob Johns is Reader in Politics, University of Essex. His teaching and research are in the fields of political psychology (especially the nature and origins of public opinion), electoral behaviour and questionnaire design. Rob is a Principal Investigator on the 2014 Scottish Referendum Study.

[1]All figures, unless otherwise stated, are from YouGov. Total sample size was 1,664 adults. Fieldwork was undertaken between the 3rd – 4th May 2015.  The survey was carried out online. The figures have been weighted and are representative of all GB adults (aged 18+). 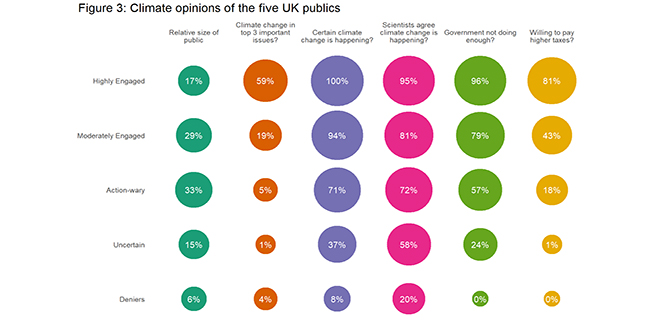 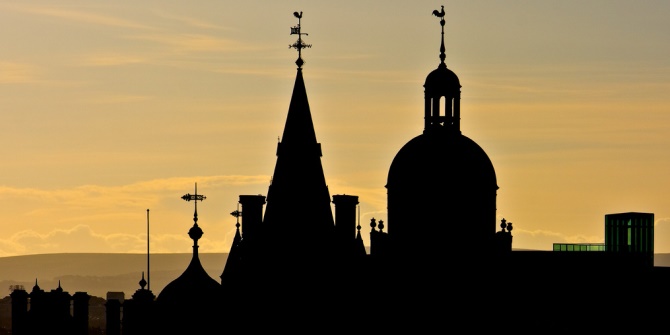 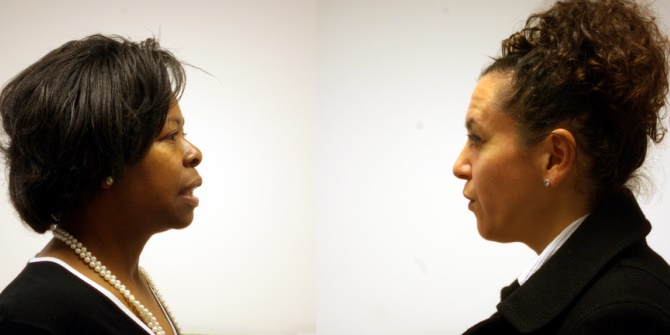