The economy features prominently in the public debate, even though the jargon and decision-making behind it is completely inaccessible to much of the public. As a result, and to articulate their economic grievances, many use the language of nationalism and immigration – something that was particularly evident in the Brexit debate. The way we use economics must therefore be made more democratic and open, explain Cahal Moran, Zach Ward-Perkins, and Joe Earle.

Michael Gove’s infamous claim that the nation has “had enough of experts” has provoked both outrage and soul-searching among experts. But now that the dust is settling on the Brexit vote, what is the future for experts in what many call an era of ‘post-truth’ politics?

Experts are essential in the modern world but arguably, in the case of economics, they have overreached themselves, undermining democracy and fueling popular discontent in the process. It is this popular discontent that Gove and the Leave campaign exploited. Without understanding the root causes of this discontent, experts cannot hope to rebut it; therefore it’s necessary to consider how wider historical trajectories have shaped the political and economic systems that formed the backdrop to the referendum debate.

The political system we have at present is what we’ve termed an ‘econocracy’: a society in which political goals are defined in terms of their effect on the economy; and the economy itself is believed to be a distinct system with its own logic that requires experts to manage it. An econocracy has all the formal institutions of a representative democracy, but public economic discussion is conducted in a language few understand, while economic policy-making is viewed as a technical rather than a political process. Since economics has a direct effect on peoples’ lives, this leads to a disconnect between those versed in the language and the majority of citizens who are not. 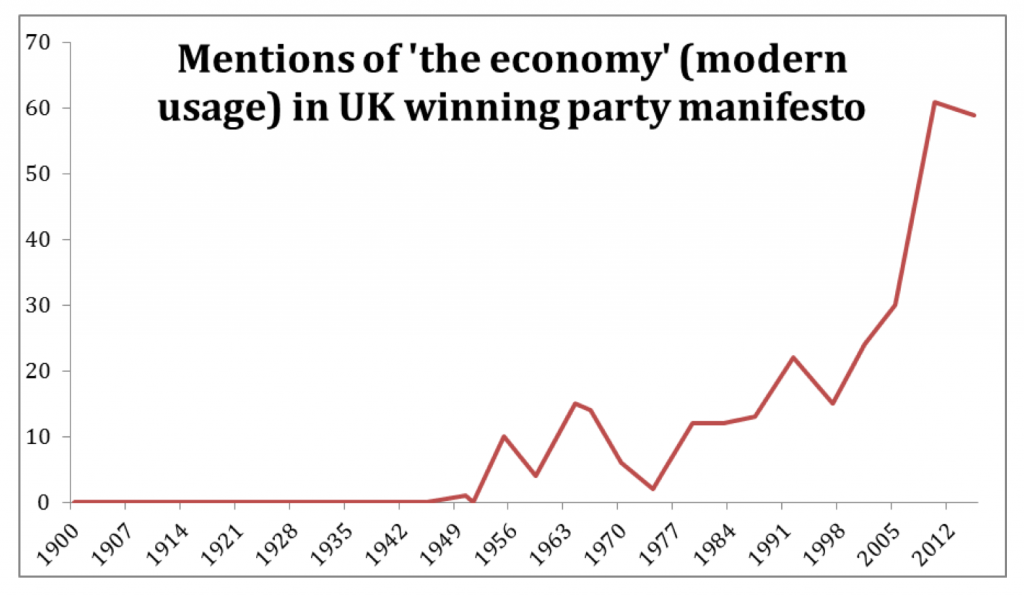 The first macroeconomic models of ‘the economy’ were  created in the 1930s and the Treasury began preparing qualitative assessments of the country’s economic prospects shortly after the Second World War. By 1961, these projections had become quantitative and by the end of the 1970s it was predicted that there were 99 organisations producing forecasts of the economy.

Over four decades on and GDP growth is now one of the central indicators of success for governments, and it is unheard of for a party to win a general election without being viewed as competent on the economy.  Econocracy is characterised not just by GDP but by a more general technocratic approach to public economic discussion and policymaking. Central Banks are the prime example of this tendency to move economic decision-making away from politics, but it is a trend that can be seen across the board. The Government Economic Service has tripled in size to 1600 employees since 2000 [based on an interview with a recently retired GES figure] and bodies ranging from the Competition Commission, utilities regulators and the Behavioural Insights Team all make political decisions based on economic expertise (largely without any public oversight).

Disengagement was considerably more prevalent among women and people from less privileged socio-economic backgrounds. Some of the popular reasons given for disengagement included ‘I have no interest in economics’, ‘I find economics difficult to understand’, and ‘economics is out of my hands so there is no point discussing it’. This is the process by which econocracy undermines and hollows out democracy.

It is in this context that the EU referendum took place. All the big economic institutions including the Treasury, IMF, OECD and the IFS carried out quantitative modelling to forecast the effects of Brexit on the economy. Academic economists were similar in their almost unanimous agreement that Brexit would be bad for the economy. Based on the historical record, we can see why many Remainers thought that this would be enough to win the argument.

But for a long time, and particularly visibly since 2008, a backlash against econocracy has been forming. Populist politicians from Trump to Varoufakis have, in different ways, defined themselves in opposition to technocratic government. This is why the Leave campaign explicitly sought to devalue the economic expertise much of the Remain case rested upon. Michael Gove compared experts supporting Remain to scientists who worked for the Nazis, and economic forecasts of Brexit were labelled as ‘Project Fear’. This strategy is effective in an econocracy because it plays on the fact that people feel disconnected from economic discussion and decision-making.

It has been widely recognised that economic insecurities were an underlying factor in the success of the Leave campaign. After all, social class and location were key determinants of how one voted, with Leave voters much more likely to have lower income and come from poorer areas.

But the language of nationalism and immigration filled the vacuum in the absence of a public language and spaces in which people could air their economic grievances. Nationalist and anti-immigration arguments clearly had more resonance with peoples’ lived experience of ‘the economy’ than abstract economic forecasts. Unless economists and politicians find a way to give people a feeling of ownership over economics and the tools to engage in economic debate, we risk economics becoming completely disregarded as irrelevant or propaganda. This outcome is a sure way to being locked into post-truth politics.

So far though the foundations of the econocracy have held strong. Retrospective analysis is framing the vote to leave as a contest between identity and emotions on one side and economics on the other. But this rests on two assumptions which are at the heart of econocracy and prevent any significant democratisation of economics. Firstly, by framing economics in opposition to identity and emotion it implies that economics is technical and scientific but not political; as long as it is viewed as such there is little reason to involve the public in economic discussion.

Secondly, by implying that those who voted leave did so based on emotion and identity, it denies the possibility that Leave voters did so based on different economic logic or arguments. In short it represents the idea that if Leave voters had based their decision on economics they would have come to the same conclusion experts did which. This belief precludes the possibility of legitimate political debate about economic issues and reinforces econocracy.

From here, the academic discipline of economics and our economic institutions have two choices. Either they frame Leave voters as emotional and irrational and thus carry on with the status quo of econocracy: continuing to lock people out of economic discussion. Or they can take seriously the ways in which econocracy undermines democracy and fails to give people a voice to express their economic grievances. By moving from detached authority figures to humble advisors, economists could regain the trust of the public and stop the scary drift towards a world of post-truth politics.

Of course, experts can only be as good as their knowledge. The latter path requires significant reform within the discipline of economics. Economics must recognise that the study of the economy is inherently bound up with politics, values and emotions because it is the study of humans. It must also recognise the limitations of its knowledge in a complex world, and take seriously the contribution that citizens can make by contributing dispersed knowledge through more participatory political processes. Currently, the discipline of economics as a body of knowledge doesn’t incorporate these insights which means that experts are more likely to feel that the status quo is the right way to do economics.

In our book we set out a vision of a public interest economics linked to reforming the discipline. The EU Referendum has opened up major fault lines and one of those is between those who feel they own economics and those who know it isn’t supposed to be for them. Our answer to those who are saying that the vote for Brexit showed that we shouldn’t let people make these decisions is that we need more democracy, not less.

Note: the above draws on the authors’ forthcoming book “The Econocracy: the perils of leaving economics to the experts” (forthcoming October/November 2016). The authors are members of Rethinking Economics, an international student led movement seeking to reform the discipline of economics so that it is more pluralist, critical, democratic and participatory.

Zach Ward-Perkins is a trustee of Rethinking Economics and a founding member of the Post-Crash Economics Society in Manchester. He has written extensively on economics education, elections and polling for the Guardian, the Royal Economic Society and on the blogosphere.

Joe Earle is a freelance action researcher and organiser currently working on a project looking at the possibilities for social innovation in adult social care. He is also a trustee of Economy (www.ecnmy.org) which seeks to catalyse and facilitate a public conversation about the economy and in doing so democratise economics. 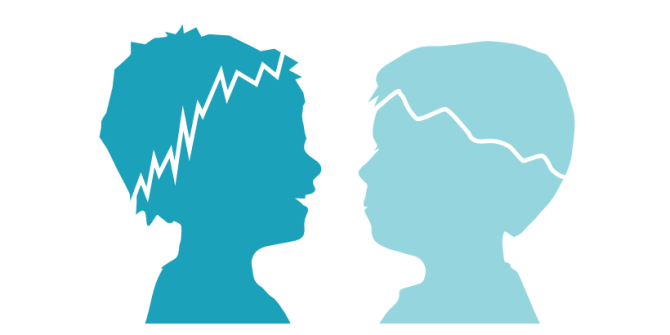 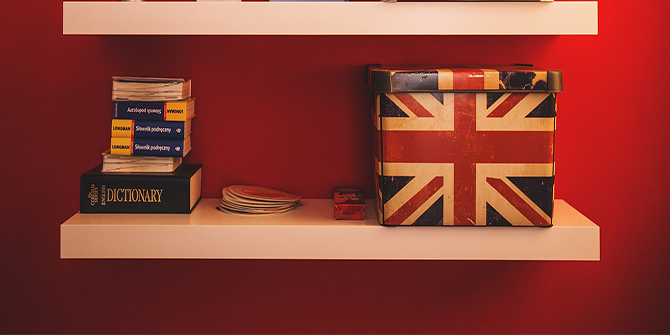