Matt Flinders reflects on the changing nature of democratic politics and asks whether a focus upon all things ‘post’ – post-Trump, post-Brexit, post-truth, post-democratic, etc. – has prevented scholars and social commentators from looking beyond or beneath the populist signal.

Although there is no doubt that we live in ‘interesting times’, I cannot help but think that there is something incredibly boring, possibly even myopic, about most of the political analysis that is surrounding recent events. A clichéd sameness, defined by narratives of impending democratic doom, wrapped-up in notions of ‘crisis’, ‘disaster’, ‘hatred’, and ‘death’ that tend to flow into (and out of) dominant interpretations of post-Trump, post-Brexit, post-truth, post-democratic politics. The contemporary democratic debate is arguably cocooned within its own intellectual echo chamber that specialises in problem identification but falls short in terms of a more vibrant brand of design-orientated, solution-focused political science.

Let me offer two immediate caveats before I embark on this almost heretical argument. The first is that I am tired. It is the end of yet another exhausting academic year in which the notion of turbulence is as applicable to higher education as it is to the political sphere. The second caveat is more of an admission that I have been more guilty than most in working within and promoting this rather stale, staid, and unimaginative interpretation of democratic decline, and I can’t help but wonder if there is a greater and more urgent need to look beyond the populist signal; or, more precisely, not just beyond but also beneath the populist signal.

But what would such a ‘deep dive’ approach offer that has not already being investigated by the leading scholars in this field?

In answering this question, let me offer three brief responses which take us along what might be termed a ‘spectrum’ that ranges from a novel contribution operating within a fairly conventional ‘pol sci’ approach and suggesting the erosion of underlying social support for the principles and values of democracy, through to a focus on technological transformation and the likely growth of ‘the precariat’, and then upon a brief discussion about…a baby.

The first step on the spectrum brings us to the world of ‘pitchfork politics’ and specifically to the recent analysis of Roberto Stefan Foa and Yascha Mounk on ‘democratic deconsolidation’. Their argument – put very simply – is that established scholars of democracy have adopted a rather rosy approach to the analysis of political disaffection. That is, an approach that suggests that:

‘We all love democracy – just not the way it is currently operationalized – this is what the populist signal is…signalling.’ 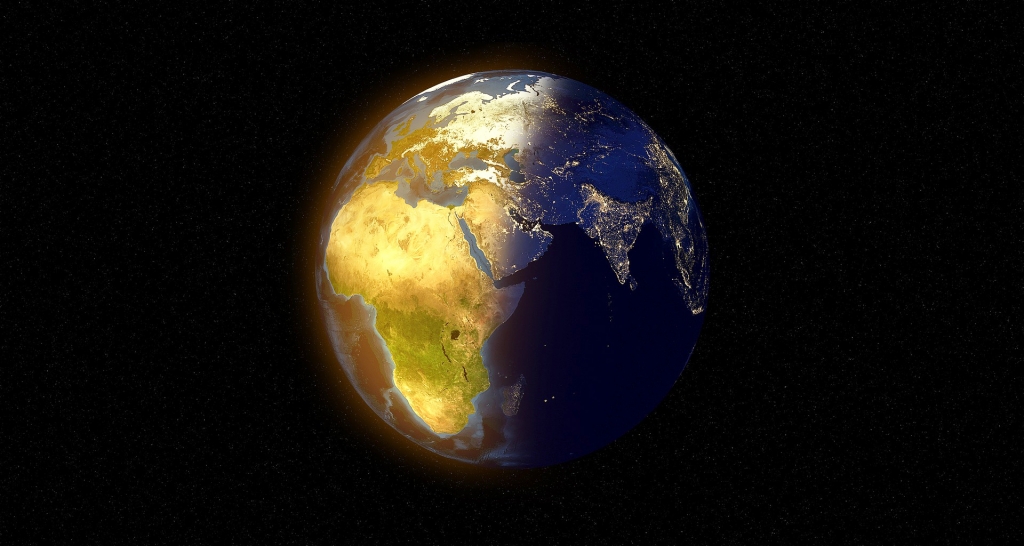 The problem is that the analysis of Foa and Mounk leads them to the conclusion that an erosion of foundational ‘regime legitimacy’ is occurring – to use David Easton’s term – then the scale of the democratic malaise might suddenly look more like a terminal condition.

In a rather robust conclusion (maybe they were tired too) Foa and Mounk suggest:

If political scientists are to avoid being blindsided by the demise of established democracies in the coming decades, as they were by the fall of communism a few decades ago, they need to find out whether democratic consolidation is happening; to explain the possible causes of this development; to delineate its likely consequences (present and future); and to ponder the potential remedies.

To ‘ponder the potential remedies’ is a wonderfully quaint and polite phrase that I cannot help but think veils quite a strong disciplinary critique. But setting this aside (for the moment) let me move along my ‘ladder of unconventionality’ in a manner that dovetails with Foa and Mounk’s focus on the future.

Looking beyond today’s populist signal demands some capacity to acknowledge the challenges that any future government in any advanced liberal democracy will inevitably face, and whose success or failure will have direct implications in terms of democratic (de)consolidation. In this regard, the list is extensive and might include the challenge of counterweighting global economic and social forces while at the same time being honest about the limits to reverse globalisation; or how to offer a credible position in relation to anti-terrorism, security, and intelligence while protecting human rights and freedoms; or the resolution of planetary ecological limits within an economic model that demands constant growth.

There is no shortage of prickly pears but possibly the prickliest of them all is the challenge posed by big data and artificial intelligence. This may not be the ‘meat and drink’ of many political scientists and yet in terms of understanding the future of democracy, it is a topic that takes us beyond and beneath the contemporary populist signal for the simple reason that the growth of ‘the precariat’ – that dangerous and volatile class that Guy Standing has written about with great eloquence – is likely to grow significantly.

While not engaging in an excess of Orwellian hyperbole, it is impossible to ignore the rapid evolution of digital technology and particularly the creation of complex algorithms that reduce the need for human engagement in analytical and decision-making processes. What is the hallmark of politics in a changing world? The answer is a world in which ‘the amount of data we produce doubles every year’ as Dirk Helbing and his colleagues outlined in February 2017: ‘In 2016 we produced as much data as in the entire history of humankind through 2015.’

Today, 70% of all financial transactions are performed by algorithms. Artificial intelligence is no longer programmed line-by-line but is now capable of self-learning, thereby continually developing itself and evolving to meet changing demands. The economic and social implications in terms of, for example, the future of work, for the management of inequality, for the ‘left behind’ – and therefore for the future of democracy – are weighty but largely beyond the scope of current analyses.

But let me conclude by going one step further. Let me take you to what I offer as a distinctly unconventional, but no less worthy, reference point from which to look beyond and beneath the populist signal. Let me introduce you to a baby called Searyl Atli who is just eight months old but arguably encapsulates the changing nature of both politics and democracy in the twenty-first century.

But before I introduce you to baby Searyl, let me forge a link between the ‘private troubles’ this focus brings to light and the ‘public issues’ of which it forms just one fragment. The pivot on which I seek to turn the lens from the micro to the macro (and back again) is the notion of fluidity and change. To link my previous emphasis upon democratic (de)consolidation and then technological transformation with this focus on liquid modernity is actually quite easy.Martin Lipset and Stein Rokkan famously observed that during the post-war decades, the party structures of North America and Western Europe were ‘frozen’ to an unprecedented degree. The decades spanning either side of the millennium have seen the gradual melting of those structures with the emergence of ‘insurgent’ populist parties, rapidly seeking to exploit and command the open water.

The decline in traditional partisan alignment is one element of Zygmunt Bauman’s focus on liquid modernity and more generally upon the erosion of one solid social reference points, of which clear party affiliations was one important element for both individuals and communities. The impact of social media and digital technology forms another element of this shift from relatively solid, stable or frozen social relationships to a far more fluid social milieu in which the notion of a ‘job for life’ has all but disappeared and been replaced by far more insecure ‘gig economy’ that demands hyper-mobility.

This is, for me, the behind and beneath of the populist signal. It is little more than the socio-political manifestation of a deeper set of structural transformations within modern society that hinge or pivot on the erosion of once relatively stable ways of understanding the world. Which brings me to baby Searyl and his historical significance as possibly the first ever ‘undetermined’ or ‘unassigned’ gender baby. His parent, Kori Doty – a non-binary transgender person who identifies as neither male nor female – aims to allow the child to discover their own gender.

After initially refusing, the Canadian authorities in British Columbia have now issued Searyl with an ID card that has the letter ‘U’ in the space for ‘Sex’ and at least two other Canadian provinces are considering a third non-binary option on all their government documents. Baby Searyl sits at the heart of a broader social process whereby what was generally regarded as one of the most basic and primal social reference points – the designation of gender – is now deeply contested by certain social groups (in this case the Gender-Free ID Coalition).

I’d argue that this is a ‘good’ and socially progressive step forward, but the point I am making is less about the specific politics of gender identification and my own personal views, and more about the basic way that traditional social reference points, those stable anchorage points through which we make sense of the world, are changing rapidly.

I can’t help thinking about baby Searyl and about how we build a positive social fabric around them. What seems to be highlighted by this brief attempt to look beyond and beneath the populist signal goes far beyond the sphere of political institutions, political processes or politicians. The populist signal may in fact signal a broader social yearning for a way of understanding a world in flux – turbulent times – in which our collective capacity for cultivating not only shared understandings but also a shared vision appears to have eroded.

In terms of pondering the potential remedies to the rise of populist nationalism (with its xenophobic undertones) maybe it is in terms of fostering this new vision of society, or at least in provoking the evidence-based debate that may lead to a new set of alternatives, that social and political science really has the most to offer.

Matthew Flinders is Professor of Politics and Founding Director of the Sir Bernard Crick Centre for the Public Understanding of Politics at the University of Sheffield. His latest book – What kind of democracy is this? Politics in a changing world – was published by Policy Press in July 2017.