Many city councils who are complaining that budget cuts are leading to an impending catastrophe have good cause for alarm given the scale of the cuts. However, the perception amongst the public is that not much has changed regarding their local services. In their new research, Nick Bailey and Annette Hastings find that up to now, councils have managed the majority of the cuts through efficiency savings: removing management and central support services or consolidating offices. But the scope for further efficiency savings is rapidly diminishing, implying fundamental change is coming.

There is a stark contrast in views about what is happening to local government at the moment. On the one hand, leaders of some of the major councils are warning of an impending catastrophe. A year ago, the leader of Newcastle City Council, Nick Forbes, said that the pace and scale of cuts to local government budgets signalled “the end of local government as we know it”. Last month, the Mayor of Liverpool, Joe Anderson, cautioned that “the city will be bankrupt” by 2016.

On the other hand, the public seems to think that that not much has changed. Yes, some libraries and children’s centres have closed down, the grass in the park is cut less frequently and carers’ visits have got a bit shorter. But on the whole front line services don’t seem to have changed that much. What’s the problem?

How do we reconcile these views? Are the (Labour) city leaders just playing politics with austerity, talking up centrally-imposed cuts to try to lever some funding concessions? Or is the public view only partial – dominated by a complacent middle class who don’t use many local services and who are well-able to defend the ones they value most? Our new research on how local authorities have been managing the cuts suggests both may be right.

First, it is clear that the city leaders have good cause for alarm. The scale of the cuts to local government budgets is unprecedented. By 2015, the spending power of English councils will have reduced by 30% in real terms, from the peak in 2008, while those in Scotland will be down 24%. Furthermore, the most deprived councils will be the hardest hit. By 2014 the most deprived English councils will have lost £100 more in grant income per head than the least deprived. In Scotland the difference will be £90.

The main reason for this pattern is the ending of a number of special funding streams introduced by New Labour to help meet needs in the most deprived areas. Another factor is that uniform cuts in the main funding grants for local government hit the poorer authorities harder because these make up a bigger proportion of their income. Neither of these approaches was necessary.

Second, the public are right – at least in their perception of changes to date. Up to now, councils have managed the majority of the cuts through efficiency savings: removing management and central support services or consolidating offices. But – and this is the key finding – the scope for further efficiency savings is rapidly diminishing. Comparing savings plans for the coming years with those for the last two or three, it is clear that councils will have to make more of the future savings by cutting front-line services.

Given the scale of the cuts and the increasing focus on front-line services, this implies fundamental change is coming. Councils are likely to pull out of some service areas altogether such as arts and culture, youth services and play schemes. Service standards will be reduced – shorter opening hours for libraries, lower maintenance standards in parks. People will be expected to do more for themselves, for their family and for their neighbours – from managing the local sports centre, volunteering in the library or taking a meal to an elderly neighbour. And services will be limited to only the most disadvantaged or vulnerable. Only the most disadvantaged young people will get face-to-face careers advice, for example. Many councils are already considering much more stringent rationing of care for the elderly.

In short, local government does seem set to “end as we know it” but this is happening not through conscious strategy but as the result of hundreds of separate decisions about savings here and savings there.

There will be some who welcome this change, saying it will provoke a renewed sense of civic responsibility and that, as long as the most vulnerable continue to be cared for, we can hold our heads up as a society. There will be others who argue that using council services is one of the things that binds us together – that it is important not just that services are there for those most in need but that services are something that we all use. They fear a creeping residualiation: that services provided only for poor people will become poor services and stigmatising services, while the willingness of the majority to pay for these services will be undermined. Given the scale of the changes ahead, a national conversation on the future of local government seems long overdue.

Nick Bailey is a Senior Lecturer in Urban Studies, based in the School of Social & Political Sciences at the University of Glasgow. He has worked on diverse aspects of urban and housing policy, as well as broader issues of poverty and inequality.

Annette Hastings is Professor of Urban Studies in the School of Social and Political Sciences at the University of Glasgow. Her research is focused on how public services impact on social inequality. She is currently researching the impacts of cuts in local government budgets on poorer communities.

Does road building produce any economic gains? Not many, the evidence suggests 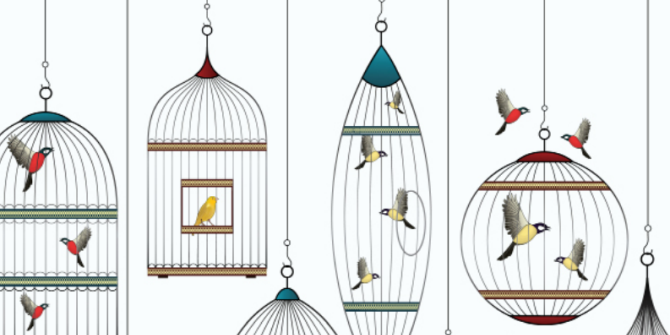