When British voters go to the polls on 22 May to elect MEPs to the European Parliament for another five years, they will face  complex ballot papers with large number of candidates on them. The Democratic Audit team explain how the List PR system works and show how all the major parties follow practices that makes the ballot papers far more difficult for voters to understand than they could be.

The voting system used for the UK’s European Parliament elections is called List Proportional Representation (or List PR). This is a well-respected system, one that is used widely across Europe for electing national parliaments, as well as for the European Parliament. The List PR system is generally very proportional in how it allocates seats between the largest parties. But its accuracy is much better in the largest regions (like the South East) and is quite poor in smaller regions (like the North East, where only the top three parties can win seats). Seat allocation also works better if not many voters back the smaller parties, who have no chance of winning a seat. The main influence on how disproportional List PR is the number of small parties and the total vote that they accumulate.

Here is a straightforward explanation of how List PR works. (To see how it compares to other British voting systems see the LSE’s simple guide to UK electoral systems.)  The whole of the UK is divided into 12 large regions (actually the Government’s Standard Regions). They range in size from the South East (10 seats) and London (8 seats) down to the North East and Northern Ireland (with 3 seats each), depending on how many people live in each part of the country. The main parties all select enough candidates to contest all of a region’s seats (while smaller parties may only contest some of the available seats). The parties arrange their candidates in an order, to form their List. The candidates at the top of the list have the best chance of being elected, and this chance of being elected declines as you go further down the party’s ordering. The ballot paper shows each party’s List of candidates and voters choose just one party list to support, using a single X vote. (This meshes well with the X voting used in local elections, and which will be held on the same day as the Euro elections in 2014, as often happens – see Kevin Larkin’s recent post on Democratic Audit for further discussion of the impact of concurrent elections.)

We then count up the total votes cast for each party in the region, and we give seats to candidates from each party’s list in proportion to its vote share. So, suppose we have a region with 10 seats, then each party should win a seat for each 9 per cent or so of the votes that get.  So if party A gets 33 per cent of the vote, they should end up with 3 of the available seats. And if party B has 26 per cent support, they should get at least two seats, and they might well win 3 of the ten available seats, depending on how other parties fare. The order that candidates are placed by the party from the top of their list determines who actually becomes an MEP. If a party only has enough votes to secure one seat, then only the top candidate on their list is elected. If they have enough votes to win two seats, then the first two candidates on their list are elected, and so on.

The problem of large ballot papers

Because it is a proportional system, and there are only 12 regional contests involved (unlike the 646 separate contests for the Westminster Parliament), the European Parliament election tends to attract a lot of candidates from smaller parties, which makes for larger ballot papers. However, in addition, the big five  parties in England – namely the Conservatives, Labour, UKIP, Liberal Democrats and the Greens – plus the SNP in Scotland and Plaid Cymru in Wales, all make things a lot worse for voters by insisting on fielding candidates for every MEP seat available. The parties behave in this very un-public spirited way, arguably, because they think it would look like weakness if they did not have a name for every slot.

In fact, fielding (say) a tenth candidate in the South East region is just insults voters’ intelligence. Such a candidate can only win a seat if their party received 90% of the available votes, an exceptionally unlikely possibility. The main parties are just clogging up the ballot papers with the names of spurious candidates who have no chance at all of being elected. And by law the BBC and other broadcasters also have to reproduce the names all these unnecessary candidates if they cover any regional contest in their broadcasts or websites. As polling days draws near even many newspapers  may reprint the names of dozens of ‘no hope’ candidates.

To show British voters where the real competition is being waged the Democratic Audit team will be publishing simplified ballot papers for every UK region that show clearly which of the big 5 (or 6) parties candidates voters should really take notice of, and which they can afford to not bother finding out about. Our Chart 1 shows a simplified ballot paper for the East of England region, which covers East Anglia and some eastern counties, and which has 7 MEPs. Each party’s list is shown in one column.

There are quite a few seats to be won in this region, and we can also look at the shares of support that each party enjoys in the latest opinion polls. On this basis it is very likely indeed that the top candidates for the Conservatives, UKIP and Labour will all be elected early on in the counting process. Indeed the Tories and UKIP perform so strongly in this region that they should both get their top two candidates elected very easily, so that they are also green shaded, making 5 seats in all whose outcome is pretty predictable.

Chart 1: Simplified ballot paper for the East of England, indicating chances of winning a seat

The real battle zone of this election is fought out over the two remaining MEPs, and here the five candidates in yellow shaded boxes are all vying for contention. If any one of them can get 15 per cent of the overall vote they should be home and dry. The Liberal Democrats have a sitting MEP here, Andrew Duff, who has a good chance of retaining his seat, but only if can perform better than his party is doing in the national polls. The Greens have a local bastion of support in Norwich and they are doing well amongst students in Cambridge and nationwide so they might just be able to win the last seat. However, they will be competing with Labour, who are likely to poll much better nationwide this year than they did in 2009, and perhaps with UKIP who just might be able to win a third seat in the Eastern region if the tide was running strongly in their favour.

Over the next couple of weeks we will publish our simplified ballot papers for every UK region and make crystal clear for all British voters who stands any chance of being elected to represent them and who does not. Our intention is not to undermine the electoral process by predicting its outcomes before the voters have had their say, but to enhance the process by giving voters more straightforward, accurate information about the choices available to them. In the future we would also urge all the big 5 parties in future to stop stuffing their ballot papers with overly long lists of names that serve only to confuse voters and make their task more difficult than it needs to be.

Our background briefing for each of the UK regions will also cover all the leading candidates for the European Parliament (EP). For example, we provide full information on all the sitting MEPs seeking re-election and show how hard-working they have been in Brussels on their constituents’ behalf, how they have voted on major EP decisions, and how much party loyalty or independent thinking they have shown in how they voted. We will also cover all the leading candidates seeking election as an MEP for the first time and provide links to their biographies and details.

Note: This article was originally published on the Democratic Audit blog and gives the views of the authors, and not the position of the British Politics and Policy blog, nor of the London School of Economics. Please read our comments policy before posting.

Democratic Audit is an independent research organisation, established as a not-for-profit company, and based at the London School of Economics. Our core objective is to advance education, and to undertake and promote research into, the quality and effectiveness of UK democracy. Click here to see what we do, here to see who we are, and here to contact us. 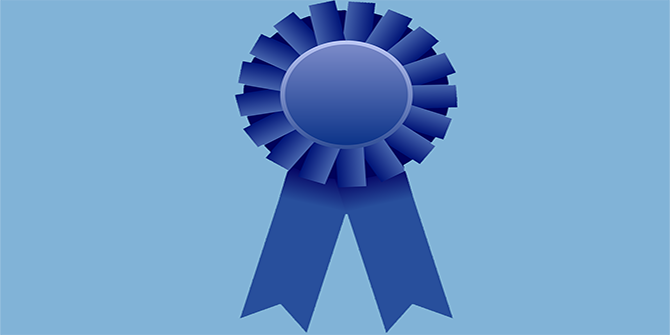 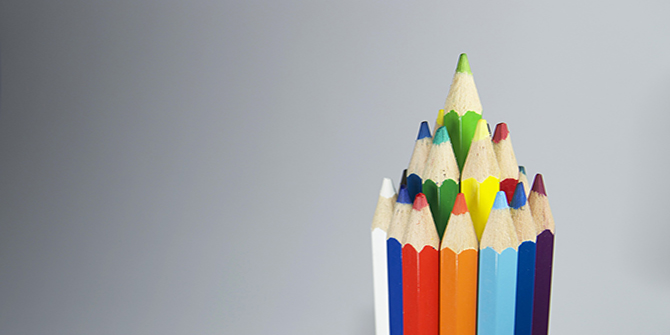