The government recently launched a review into self-employment, in part to understand how the self-employed could be better supported on personal issues such as access to pensions, mortgages and training. Ben Dellot argues that the review could be an important milestone in helping to open up self-employment to less affluent people. He draws upon a recent RSA survey, which suggests that entrepreneurship is still the preserve of the privileged.

This week the Chancellor will announce that the economy is well on the road to recovery. He will likely say that inflation is under control, consumer confidence is buoyant and our growth rate is outstripping all our G7 rivals. But more than anything he will point to the speed of job creation under his tenure. Unemployment has plummeted to a seven year low, and is likely to fall further still.

Who do we have to thank for this jobs miracle? The answer is not large businesses but individuals. Since the downturn began in 2008, more than half a million people have struck out on their own, making self-employment responsible for half of all jobs growth over the recovery period. Today 1 in 7 of the workforce answer to themselves – the highest figure on record.

Barely a week passes without another opinion piece lamenting this trend. Economists and trade unions say the self-employed are a new kind of precariat; a growing mass of 21st century nomads who are being forced to fend for themselves in the absence of conventional jobs. Recently, Owen Jones drew comparisons between the UK and Greece, a third of whose population are self-employed. Is that really the kind of economy we want to emulate?

But allow the self-employed to speak for themselves and an entirely different story emerges. Survey after survey has shown them to be one of the happiest groups in the labour market. What they forgo in structure and stability they make up for in greater autonomy, meaning and creativity. Government data shows that even those earning below the minimum wage are more satisfied than typical employees.

So the question we should be asking is not how to save people from self-employment. Rather, it is the exact opposite: how do we enable more people to use it as a vehicle for reaching the good life? The government recently took a major step forward in helping to answer this question by launching a review into the disadvantages facing the self-employed.

Some why wonder why this is necessary. Over the years we have been fed a familiar story: that entrepreneurship is a ladder for social mobility – a way for people to climb out of the doldrums and get ahead in life. Particularly if they have faced discrimination in the labour market, of if their talents were overlooked in the classroom.

There is no doubt some truth in this rags-to-riches narrative. But the reality is that affluence is as much the fuel for entrepreneurship as entrepreneurship is the fuel for affluence. Think of the leading lights in the business world and it becomes clear how much privilege continues to matter. James Dyson, Bill Gates, Richard Branson – all these and many others were educated privately.

This phenomenon is not limited to a famous few. Our analysis of government data, for example, shows that people who own their home outright are more likely than renters to become self-employed. Those who have been educated to degree level are almost twice as likely to move into business as those without qualifications. Wealth is also a key predictor of whether people can survive in business, with homeowners 30 per cent more likely than renters to make it to their third anniversary.

Affluence is both a springboard and a safety cushion. Savings or equity can be tapped into to finance start-up costs. But more importantly wealth can help people to manage rocky periods while they find their footing. A market tumble, late payment or bout of illness are all liable to push fledgling ventures into the red. Whether or not people survive is often dependent on them having a reserve of savings or a family member who can come to the rescue.

Of course, self-employment is not meant to be an easy ride. The thrill of entrepreneurship partly lies in its very adversity. Business is all about risks and some people will inevitably fail. But the problem is that too many aspiring business owners are floundering unnecessarily. The task for government, business groups and others is to ensure that everyone, regardless of their background, has the chance to realise their entrepreneurial potential.

As the Chancellor takes to the dispatch box to announce the budget, he will no doubt heap praise on the UK’s entrepreneurial renaissance. Let us hope he presents a budget that truly rewards and recognises those who have gambled it all to make it happen. Fortune should favour the bold in business, not just the privileged.

Ben Dellot is Senior Researcher at the RSA’s Action and Research Centre. 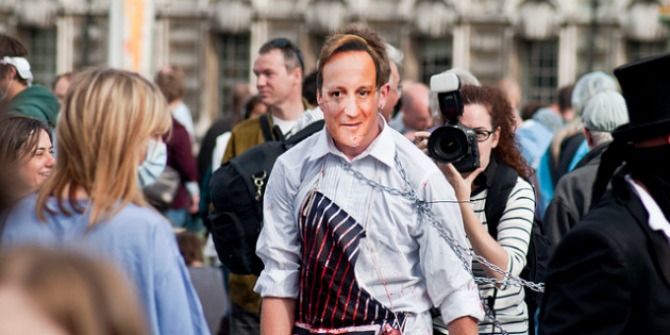 Expectation management: can politicians win back political trust by limiting what the public expects of them? 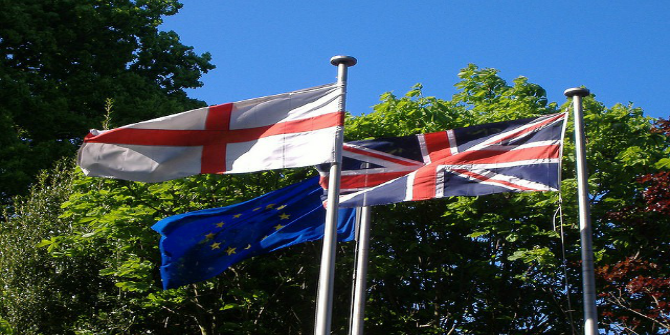