The dramatic tightening of the Scottish independence polls can be partly explained by a drift of Labour supporters to the ‘Yes’ camp. How can we account for this drift? Eric Shaw writes that the clarion call – ‘vote Yes and get rid of the Tories forever’ – has resonated amongst Labour voters. Moreover, class identity and class solidarity have weakened over the years, being often replaced by more assertive and powerfully-experienced national attachment.

There is now mounting evidence that the drift to the ‘Yes’ camp is occurring primarily amongst Labour-leaning voters. Some reports have suggested that as many as a third or even more of these will cast a ‘Yes’ ballot.

Labour-leaners or identifiers can be divided into three groups. Firstly, and most straightforwardly, regular Labour voters, that is voters who back the party in both Holyrood and Westminster elections. Secondly, ‘territorial’ Labour voters, that is those voters who vote for the party in Westminster but not necessarily Holyrood elections, where they normally vote SNP. Thirdly, what I call Labour ‘nonparticipants’. By this I mean those voters who, if a pen was pressed into their hands, would put an X next to the Labour candidate but rarely bother. Nonparticipants, in turn, fall into two groups, those who abstain and those who are not even on the electoral register. I will come back to this point later.

Labour in Scotland has always pulled many supporters from the public sector middle class, but indications from the polls suggest that the shifters to the ‘Yes’ camp are predominantly working class. It seems reasonable to conclude that they are concentrated amongst ‘territorial’ Labour voters and Labour ‘nonparticipants’. Two key points can be made here. First, ‘territorial’ Labour voters have become habituated to voting SNP, which they did in large numbers in 2011. This has rendered them more sympathetic to the nationalists and are more likely to regard their leaders as trustworthy and credible. Hence, the are much more receptive to the nationalists’ messages. In other words, pro-independence arguments will not have been filtered out by their Labour affiliations.

Second, the ‘Yes’ campaigners realised some time ago that the very large numbers of voters who either rarely or never vote, or the politically disaffected who are not even registered to vote, might well be crucial to the outcome of the vote. Evidence from more general research suggests that such voters tend to be more working class, by definition disengaged, to lack much knowledge or understanding about politics, and to lack the interest or motivation to acquire it. They were, to the SNP and its left-wing allies (Radical Independence Movement, Scottish Socialist Party, etc.), ripe for mobilisation.

And they have been having some real success. There are indications that, perhaps as a result of concerted efforts by ‘Yes’ campaigners, there has been a surge in the numbers of those seeking to register. Equally, many who are already on the register but rarely vote have been politically energised. Evidence from the doorstep, from public meetings, street happenings and other campaigning activities suggest an unprecedented degree of interest in politics. Campaigners on both sides expect a high, perhaps very high, turnout.

How, then, can we account for the drift to the ‘Yes’ camp? There appear to be several reasons. First, fears and anxieties about the impact of separation from the UK have abated. The Better Together campaign has made much of the currency issue but this has had less impact than anticipated. Partly because it has not been effectively communicated and many find it difficult to grasp. The overriding issue is – or should be – that a country which joins a currency union of which it is a small part inevitably forfeits a good deal of its economic sovereignty, as members of the Eurozone have painfully discovered. This point has recently been forcefully made by the Governor of the Bank of England. Instead the message communicated by Better Together is that ‘you can’t have the pound: England will take it away.’ Some might have been rattled, but others have resented what they see as ‘English bullying’.

Second, the ‘Tory scare’ message. From the days of the Zinoviev letter (1924) the Conservatives have been past-masters in scare campaigning. So it is ironic – and tells you something about Scotland – that it is not ‘reds in the bed’ but ‘Tories in the closet’ that frighten voters. With Labour holding onto only a slender lead in the UK opinion polls, the trepidation that the Conservatives will be back for another five years is sending an almost palpable shiver down Scottish spines. There is a widespread fear of a further dismantling of the welfare state. Here ‘Yes’ campaign has shrewdly focused on the threat to the NHS in Scotland (which, unlike the English NHS, has not been subjected to marketisation and privatisation) – somewhat overlooking the fact that it devolved already.

The clarion call – ‘vote yes and get rid of the Tories forever’ – has, thus, resonated amongst Labour voters. Some Labour voters are disappointed with the perceived negative tone of the campaign and are very angry at the decision to campaign alongside the Tories. It may well be that forming Better Together was, on Scottish Labour’s part, a major strategic error.

Third, class identity and class solidarity have weakened over the years, being often replaced by more assertive and powerfully-experienced national attachment. The ‘No’ campaign has focused, understandably perhaps, on bread and butter issues particularly on the dangers and perils of going alone. But, unlike the SNP, it has not appealed to the heart. Doing so is easier said than done. When it comes to pride, patriotism and the symbols of the Scottish past, the cards are stacked on the SNP side. The message that workers in Glasgow have more in common with workers in Newcastle or Liverpool than with Perthshire lairds or Edinburgh bankers no longer resonates in the way it did and would, anyway, fall strangely from Alastair Darling’s lips. ‘New Labour’ went to some lengths in disavowing the language of class, which has proved singularly unhelpful.

But there is a British Labour story that could have been told, a proud and impressive one – witness the 2012 London Olympics opening ceremony. Perhaps Danny Boyle should have choreographed the Labour campaign. Belatedly Better Together has recognised this (see this video on YouTube, for example), but it has left things very late. Will these defectors return? Whether Labour can find a way to woo back these voters will determine the outcome of the referendum and – who knows? – the next Westminster elections.

Note: This article gives the views of the author, and not the position of the British Politics and Policy blog, nor of the London School of Economics. Please read our comments policy before posting. Featured image credit: Connie Ma CC BY-SA 2.0 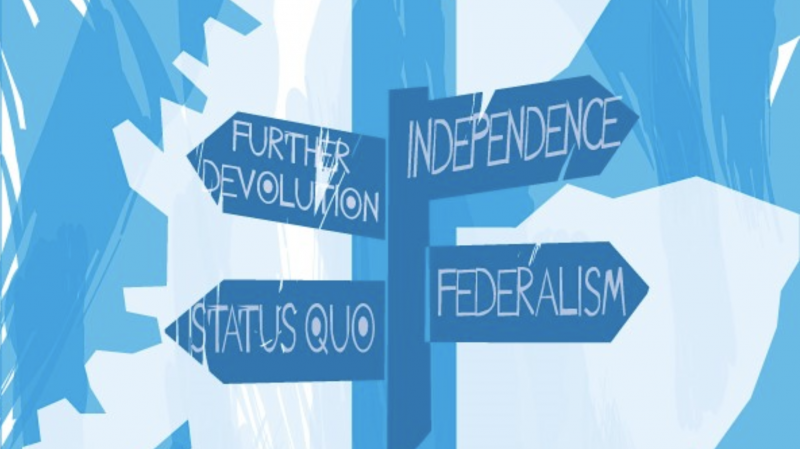 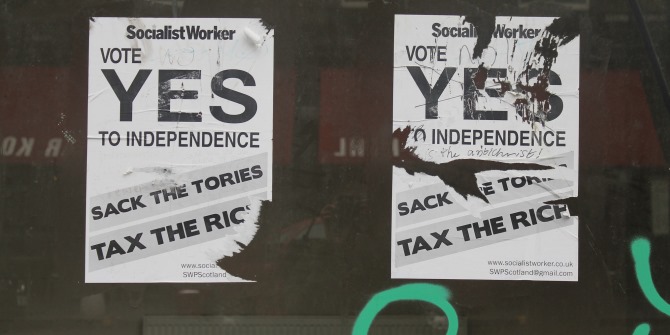