Have the Conservatives fulfilled Theresa May’s pledge to become Britain’s workers’ party? Not as it currently stands, writes Tonia Novitz. She explains what the actual plight of British workers is, what steps have been taken by May’s government to address it, and why they fall short of what is needed.

Can the Tories can become ‘the workers’ party’? This was the latest ambition of Robert Halfon, a Conservative MP. Observing the decline in support from women and those under 30, he sought a rebranding to revitalize Conservative popularity. His pitch for a ‘workers’ charter’ might be equated with what is currently envisaged in the Taylor Review initiated by the government, but if so such a charter would be hollow and inadequate. Much more would need to be done.

As Home Secretary, Theresa May’s preoccupation lay with immigration offences, the enactment of the Modern Slavery Act 2015, and criminal penalties for those implicated in slavery, forced labour and trafficking, sometimes confusing these objectives. As Prime Minister at the Conservative Party Conference in October 2016, she evinced less sympathy for the exceptional victim and more for the ‘ordinary working class’, stating that ‘we are the party of workers’, while restating her concerns about the effects on the labour market of immigration.

Similarly, chapter 5 of a recent White Paper on ‘controlling immigration’ asserted that Brexit would fix the ‘downward pressure on wages for people on the lowest incomes’. Chapter 7 claimed that ‘workers’ rights’ would be retained and improved, noting the Review already underway to ‘consider how employment rules need to change in order to keep pace with modern business models’.

The actual plight of British workers

There is, contrary to popular belief, little evidence that free movement rules operating in the UK by virtue of its EU membership have had a depressive effect on wages or affected the availability of jobs. Instead, studies reveal that they tend to boost economic growth. The ‘posted workers’ regime, which enables temporary posting of workers between EU Member States may well have negative effects and accordingly is the subject of proposals for reform by the European Commission, which have been agreed to in principle by the European Council.

Of greater concern is the increasing frequency of hiring of workers through agencies or under zero hours contracts, such that secure employment has become scarcer, while real wages decline. These modes of employment have also become associated with what has been described as ‘platform work’, whereby drivers, couriers, carers and others sign up to an ‘app’ under contractual conditions designed to prevent them claiming rights under the most privileged legal category ‘employee’ (such as protection from dismissal) and even as a lower status ‘worker’ (such as the National Living Wage, paid holidays, and maximum working hours). At present, it is estimated that no more than 15% of the workforce are currently affected by such practices, but there are fears that, as such technology pervades the labour market, these modes of hiring will become more prevalent.

In a series of very recent cases from 2016-2017, businesses such as Addison Lee, Citysprint and perhaps most notably Uber, have all sought to evade their responsibilities for those who work for them in these ways. Employment tribunals and the Employment Appeal Tribunal have firmly rejected their arguments that the drivers and couriers are not ‘workers’ and have found in favour of claims to wages and working time protections. In the care sector, even an express statement that a contract entailed ‘zero hours’ and led to no employment rights was found to be unenforceable.

To this extent, the courts are using current British employment law to try and protect those at work. They were recently joined by the Court of Justice of the European Union, which also found an ostensibly self-employed worker paid on commission to be entitled to extensive compensation for unpaid holiday pay. The notable exception is the rejection by the Central Arbitration Committee of an application for statutory trade union recognition of Deliveroo drivers in November 2017, on the basis that they were not ‘workers’. The unilateral introduction of ‘new contracts’ by Deliveroo that enabled drivers to choose substitutes to carry out the work for them (such that there was no ‘personal service’) prevented them from claiming that status. 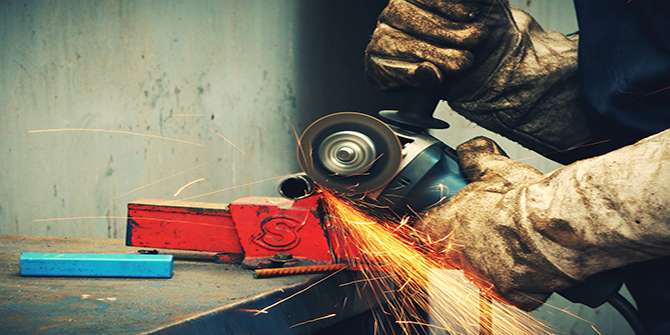 Published in July 2017, the Review on Modern Working Practices sought to address these forms of precarity emerging in the British labour market. It made no reference to workers who are EU nationals, despite this stumbling block in current Brexit negotiations. Instead, the Taylor Review made a series of recommendations for ‘Good Work’ regarding precarious work. A response was expected from the current government by the end of 2017, although it now looks set for early 2018.

In the meantime, two House of Commons Committees (on Work and Pensions and on Business, Energy and Industrial Strategy) have intervened with their own joint Report published in November, proposing concrete legislative initiatives in support of the Taylor Review proposals. Indeed, the Report begins with Theresa May’s commitment to legislate for workers on the steps of Downing Street. Not to be outdone, so that it will not only be the Conservatives who are the ‘party of workers’, the Report pledges cross-party support for the reforms. The difficulty lies in what is proposed and its paucity.

The Report adopts the Taylor Review recommendation for legislative clarification of the tests for ‘employee’ and ‘worker’. The difficulty is that the list of legislative tests proposed seem more exacting than the practical approach advocated by the UK Supreme Court which takes account of the inequality of bargaining power between employer and employee (or worker). Moreover, the new statutory definition of ‘worker’ would still exclude the situation where an employer imposes a substitution clause to be used ‘freely’ in practice by the workforce, so the outcome in the Deliveroo case above would be unchanged.

Reversing the burden of proof regarding who will be regarded as a worker might seem superficially helpful, and will only be as helpful as the tests to be applied. Trade union representation could be better understood as a fundamental human right and should not be dependent on such technical definitions according to the International Labour Organisation. An entitlement to a one-sided written statement by the employer of one’s terms and conditions which would extend beyond employees to workers is also likely to have limited effect. Further, a premium on payment of non-guaranteed hours above the National Minimum Wage and National Living Wage does nothing for workers whose wages may be above this level, but who cannot rely on work in any given week, so that their overall income remains at poverty levels. The issue of fictional choice neglected in the Taylor Review is barely addressed in the committees’ joint Report.

Similarly the Report neglects worker representation. The Taylor Review proposed that the threshold for application of the Information and Consultation of Employees Regulations be lowered to enable casual employees to speak out in the workplace. In his evidence to the committees, Matthew Taylor argued that otherwise workers could not stand up to employers, for example, on matters of health and safety.

Yet information and consultation which does not require an employer to act on workers’ views is vastly inferior in effect to collective bargaining backed up by recourse to effective industrial action. It is the latter which really needs to be protected, as the application in respect of the Deliveroo drivers demonstrates. The Trade Union Act 2016 and the draconian reforms therein which limited worker voice are not even mentioned by the Taylor Review or the joint Report. If the constraints on the choices and voices of those who work are not acknowledged, it is difficult to see how any legislation will ameliorate their current vulnerability. If the Conservatives simply follow these limited recommendations, they will not have acquired Lord Halfon’s ‘workers’ charter’; nor can they or will they be the party of the workers.

Note: the above draws on the author’s PolicyBristol report (with Katie Bales and Alan Bogg) ‘Choice’ and ‘voice’ in modern working practices; an evidence informed response to the Taylor Review.

Tonia Novitz is Professor of Labour Law at the University of Bristol Law School.

Posted In: British and Irish Politics and Policy | Economy and Society | Featured | Party politics and elections | Public Services and the Welfare State 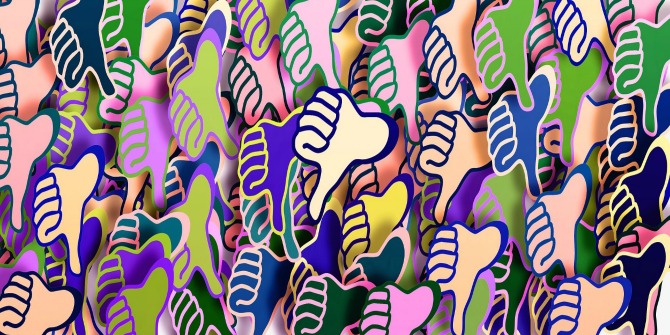