The current financial crisis has led to calls for a reconsideration of the way in which we discuss and implement justice and democracy. Axel Gosseries argues that workplace democracy is one option that is clearly within our reach. It is potentially able to contribute to address the problems associated with the financiarisation of our economies and the increasing gap between the very rich and the rest of our society.

Workplace democracy is not high on the political agenda. Trade unions are not generally pushing for it. Insofar as public firms are concerned, citizens seem to have accepted the idea that shareholders should be regarded as the ‘owners’ of the firm. And yet, the question arises as to whether workers should be granted a proper right to vote in firms, alongside shareholders.

This concern is part of a broader and twofold one. On one hand, what does the theory of democracy have to say about who should have the right to vote on a given issue, be it at the national or local level? Why will most of us share the intuition that there is something unfair in consulting the inhabitants of Manchester for a planning decision in Liverpool? Why do we all find it self-evident today that the property requirement for voting is unfair? And why shouldn’t all potential immigrants have the right to participate in defining the content of UK’s immigration policy? On the other hand, there is the question whether the requirement of democratic decision-making – involving vote, participation, deliberation, representation – should not apply beyond state institutions, within the organizations that significantly affect our lives, such as political parties, universities, church organization, or the workplace.

There are different ways one may want to build a case for workplace democracy. Let us first approach democracy through one of its ingredients, i.e. the right to vote. Consider a public firm and ask why workers should not have the right to vote, in the same way as shareholders do. And ask yourself if stockholders are not in the same situations in the firm today as landowners were in the state in the past when a property requirement for voting was in place. Some may say that the right to vote should only be granted to those who make a contribution to the firm. Others will say that what matters is rather that one is affected by the policies adopted by one’s community. In fiscal terms, the former logic corresponds with “no tax, no vote” and the latter with “no tax without representation”. Looking at people who are net beneficiaries rather than net contributors in society, one could say that the “contribution-based” definition of the demos would tend to give them a lesser weight of vote in a state, whereas the “affected-based” idea would definitely grant them a much more significant vote weight. 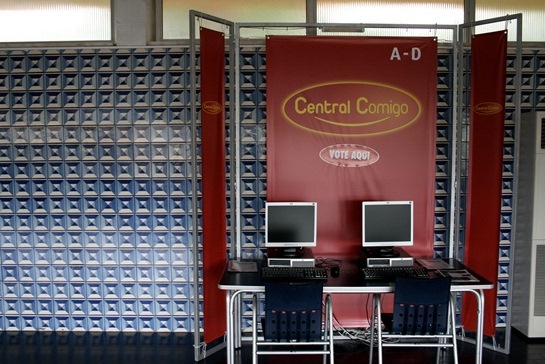 One way of proceeding then is to compare the situation of stockholders and the one of workers. Is it true that shareholders are the only ones to contribute or to be affected by the decisions of the corporation? No. The formers’ cash input would not be very productive if the workers were not contributing with their human capital. More importantly, we can show that workers are at least as affected by the decision of the firm as shareholders are. First, there is of course the fact that workers are physically more involved in the firm than shareholders. There is also the fact that capital is more divisible than labour, which means that while a shareholder can spread his risk across many firms, a worker can at best work in two or three different firms and will usually work in only one at a time. Also, the labour market seems to exhibit less liquidity than financials markets.

There are admittedly ways in which the shareholders are vulnerable as well. For example, they have proportionally more to lose in case of bankruptcy than workers, since the latter do not lose their human capital, unless it is firm-specific. Moreover, the contract that binds shareholders to the corporation will often contain less well defined benefits than the one of employees: shareholders are residual claimants. Be that as it may, the conclusion is clear: in most cases, workers are at least as affected by the decisions of the firm than shareholders. And yet, only the latter are standardly being granted the right to vote.

Let me point at three serious challenges. First, if we claim that the current electorate of firms is under-inclusive, we should ask ourselves whether other stakeholders than workers should not be included as well. Can we show that the difference in status between shareholders and employees is overstated while claiming at the same time that employees are still special enough compared to other stakeholders, such as banks, goods providers and neighbours?

The second challenge is even more serious. Does the proposal of democratizing firms take fundamental rights seriously? Insofar as the right to private property is concerned, we need to identify the turning point where the vote of workers would become a requirement of fairness. If you hire a domestic worker to keep your house clean, you do not have the feeling that this person should have the right to vote on domestic issues such as the disposition of your bookshelves or the type of carpet you should use. At the same time, large firms seem to be a very different case. But why exactly? As far as freedom of association is concerned, we may ask: what’s wrong with workers voluntarily engaging in an association in which the right to vote only belongs to shareholders? Don’t workers always keep their right to exit the firm? One problem is of course whether it is actually plausible that workers are happy to abandon their participation rights in such a way. Be that as it may, it remains that the possibility of a liberal defence of workplace democracy is a key issue here.

The third challenge has to do with the possible tension between democracy within productive organizations and concern for the least well off in general, especially in their capacity as consumers. Imagine a pharmaceutical company producing drugs for widespread diseases that especially affect the poor. If it were to turn out that making this firm more democratic would make the drug price rise, we would have a clear instance of the tension that may occur between democratic procedures and distributive justice. Of course, there is no systematic evidence at all that democratic firms would be less productive than non-democratic ones. But it is clear that research on the efficiency of democratic firms is directly relevant to the fairness assessment of their desirability.

These are the kinds of challenges we should address for a fuller case for workplace democracy. My guess is that such a case could be made. And once it is, a rich discussion still needs to take place as to which specific form it should take.

Production cooperatives are of course one option. An often cited example is the amazing case of Mondragon in the Basque country. There are production cooperatives in most countries and in most sectors of activity. Forms of co-determination along the lines of the German and Austrian models are an important alternative. In that case, contrary to production coops, workers are not required to contribute financially in order to be granted the right to vote. And they are able, as workers, to appoint representatives to the decisional spheres of the corporation. One should not assume that granting the right to vote to workers implies granting them shares and allowing them to vote in that capacity only – as in the case of Employee Stock Ownership Plans (ESOPs). When we decided to move away from a property requirement for voting in states, we didn’t do so through giving land to everyone. We simply disconnected the right to vote from land ownership.

The current economic turmoil calls for lucidity and reforms. It is clear that considerations of justice and democracy are central here. Workplace democracy is one option that is clearly within our reach and that is potentially able to contribute to address the problems associated with the financiarisation of our economies and the increasing gap between the very rich and the rest of our society.

Axel Gosseries will be speaking on ‘Democracy in the Workplace’ on Thursday 24 November at the LSE. Entry is free and on a first come first served basis. For more details click here.