The 2011 Alternative Vote (AV) referendum was rejected by a substantial majority of the British public, and was opposed by the Conservative party. In this post, Chris Hanretty, one of the team at electionforecast.co.uk, investigates whether the Conservatives would have benefitted in the 2015 election from an AV electoral system. He finds that it is likely that the AV system would have resulted in more Conservative seats in 2015, and an easier route back to number 10 for David Cameron.

In 2011 the Conservative party campaigned against the Alternative Vote. They believed that the system would benefit centrist parties like the Liberal Democrats, who would receive “second preferences” from both Labour and Conservative voters.

To answer this question, I’ve looked at the British Election Study (BES). The BES asks voters to take each party in turn, and say how likely it is on a zero to ten scale that they would ever vote for this party. This question – known in the trade as a propensity-to-vote question – can be turned into a preference ordering, so that the party with the highest score is ranked first, the party with the next-highest score is ranked second, and so on.

We can then examine the second preferences of supporters of

Here, for example, are the second preferences of supporters of different parties averaged over English respondents in Labour-held constituencies: 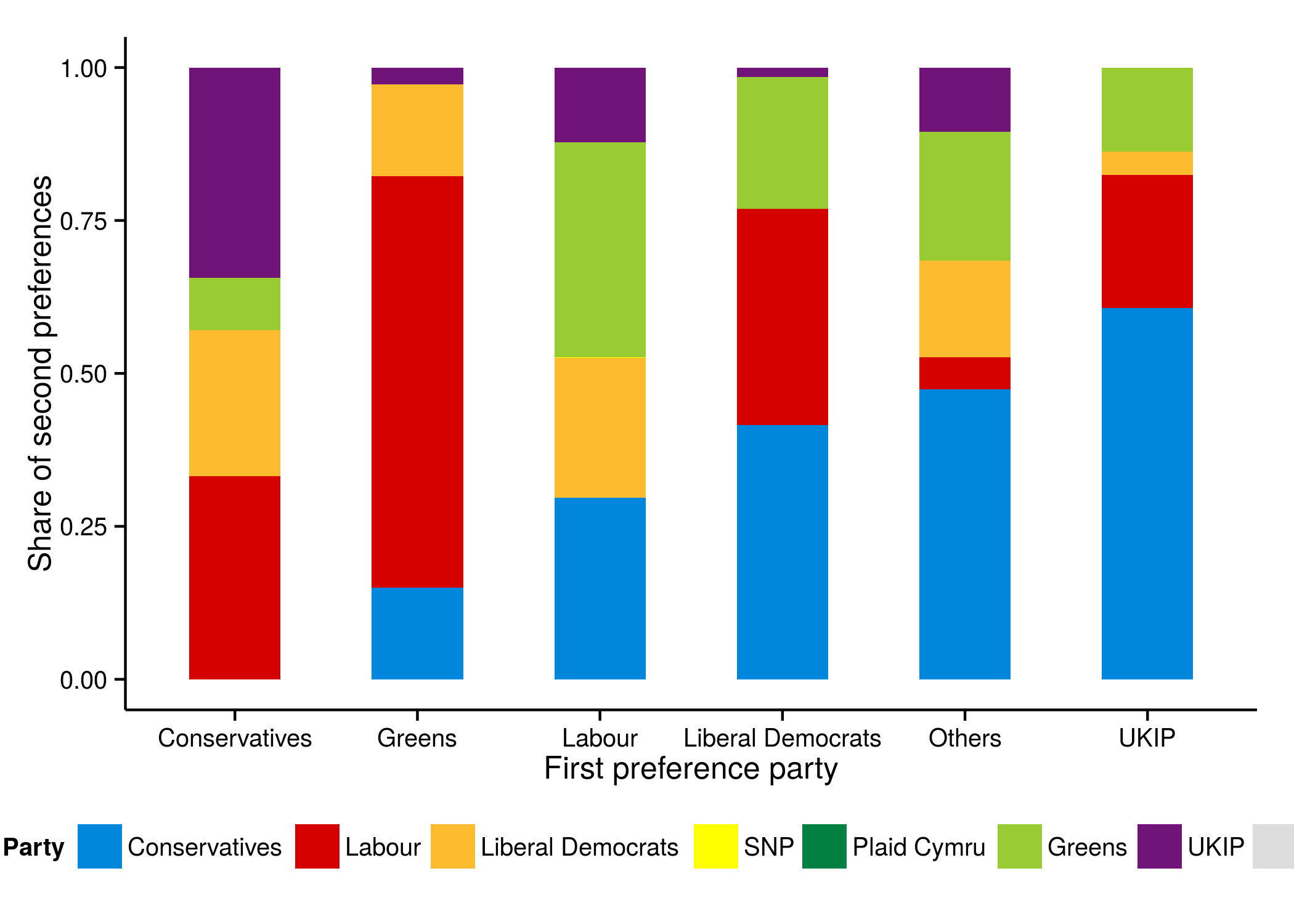 When we use these second preferences in this way, what do the results look like?

The losers from AV are the Marmite parties – UKIP, the Scottish National Party, and Plaid Cymru. Labour loses – but primarily because it is pipped to post by the Conservatives in a number of seats.

It’s impossible to know whether voter and party strategies would have remained the same if the electoral system had changed. The UKIP threat might have been pre-empted, leading to a more centrist campaign on certain issues. After all, a world in which the AV referendum succeeds is a world in which the Liberal Democrats are a far more successful governing party. As with other attempts to work out the effects of other electoral systems, we can only give indications of likely outcomes – a parliamentary majority has to take the plunge in order to find out how it would really work.