Priya Kale analyses what the Justice Verma Committee report – which recommends legislative reforms in the aftermath of the Delhi gang rape – and the government’s response mean for the future treatment of women in India.

The Justice Verma Committee (JVC) report, released on 23 January, changed the narrative within India regarding the treatment of women. The committee – constituted to suggest legislative reform in the aftermath of the gang rape of a student in Delhi – excoriates the social, political and administrative systems which have encouraged crippling sexism in India. Its biggest achievement is that it recognises sexual assault as a violent symptom of a problem that has much deeper roots: subversive patriarchy.

No measure has been deemed too insignificant (ensuring that public areas are well lit) or too cumbersome (disqualifying legislators convicted of rape) by the 630-page document when it comes to protecting and empowering women across social strata. But more than sensible recommendations make the JVC report a paradigm shift. The following observations in the report are likely to change public discourse about violence against women in India:

Rape has nothing to do with honour: The stigma of rape in India (and elsewhere) adds an additional layer of psychological scarring, which stays with rape victims for life. Perceptions that a raped woman has lost ‘honour’ and brought ‘shame’ on her family are some of the problematic constructs that the JVC report tackles as follows:

The JVC effectively states that the ‘community’ is not a stakeholder in a woman’s sense of self-worth and that the violation of her physical autonomy is a serious enough crime. This constitutes an important shift: for too long, patriarchal impunity in India has been entrenched by placing the burden of family ‘honour’ on women—in cases of rape, the woman is doubly victimised for ‘giving up’ her ‘honour’.

Institutions perpetuate violence against women: The JVC report recognises that law-and-order institutions perpetuate the culture that permits sexual assault in Indian society. By calling for police reforms, a re-evaluation of trials for rape accused under the Armed Forces Special Provisions Act (AFSPA) and electoral reforms, the Justice Verma Committee has highlighted the need for systemic change. There is a need not only to address the casual impunity with which organs of the state use the powers vested in them to turn against the citizenry but also the callous indifference that renders justice elusive for a rape victim. The report observes:

complaints of rape [become] mere matters of formality – low on priority because there is no understanding of the acuteness of the violation of human rights in respect of a woman by sexual assault and the psychological trauma she undergoes. (Pg 44)

Marital rape is also rape: A shocking exception to the rape law in the Indian Penal Code (IPC) is marital rape. The non-cognisance of sexual violence within the purview of marriage is a major loophole that has facilitated violence against women. This oversight legitimises the view that sex is the husband’s right over his wife, rather than a mutual privilege of matrimony. The JVC report, while clubbing marital rape with non-consensual sex in other intimate relationships, seeks to correct this by observing:

The LGBT community has equal rights: The IPC has been grossly homophobic, making the LGBT community particularly vulnerable to miscarriages of justice (homosexuality was only decriminalised in 2009). The JVC report, in no uncertain terms, says that sexuality is not a justification for sexual assault:

lesbian, gay, bisexual, transgender, intersexual persons are endowed with the same alienable rights and are entitled to the same protection as all human beings and special provisions have been sought to be made to protect them from abuse and violation of their human rights including torture, rape and murder. (Pg 41)

Overall, the JVC report engages the safety concerns of women across India with empathy, sensitivity and progressivism, which is why it has been hailed as a watershed document. It recognises that judicial justice and reform are not monoliths; that justice meted out to a victim of workplace harassment is different to that granted to a victim of child abuse. The report also emphasises that holistic justice can only be served through a change in attitudes. By reiterating basic constitutional values of equality and respect that the judiciary is meant to uphold, the report places the onus of responsibility for women’s safety back on the state and society at large. Karuna Nundy, a lawyer in the Supreme Court of India who has been following this issue closely, sums it up nicely when she says that the report’s biggest contribution is that it is an “authoritative articulation of the Constitution which brings the republic back.”

Despite the path-breaking nature of the JVC report, citizens have been let down by a haphazard, halfhearted ordinance passed by the government, which claimed to be acting on the recommendations of the JVC. Here’s the problem: the ordinance amends the non-controversial, symptomatic provisions of the IPC without addressing the report’s more revolutionary recommendations. Women’s groups have vociferously opposed this ordinance for the following reasons:

The government’s defence is that the ordinance, which will be tabled in Parliament when it is in session to pass as law, is the first of many steps to implement the JVC recommendations and that in its present form, it represents the broadest consensus. Officials say issues such as marital rape and police reform need greater deliberation and will be dealt with through a discussion.

Nundy, however, disputes this claim of ‘consensus’: the JVC was a body set up by the government and hence its report is the consensus needed. By watering down what it takes from the report, the government has imposed its own views on the legislation. Those opposed to this move are also suspicious of its timing—the Parliament convenes in less than three weeks for the budget session. A bill could have been introduced and a more thorough piece of legislation could have been enacted in that time. The ordinance was rushed through to beat the notification of the budget session (which would have meant that the ordinance could not have been passed). However, successive office bearers have ignored gender legislation for the past two decades. Why not wait for a further three weeks?

Notably, the failure to properly consider the JVC report’s recommendations before penning the ordinance is not unique. “There are many bills Parliament does not discuss sufficiently; for example, the Sexual Harassment Bill and the pilot ministry’s draft passed through intact,” says Nundy. “Ordinances have status quo-ist tendencies—the passing of the Prevention of Terrorism Ordinance, for instance, allowed its problematic provisions to easily pass through into the Prevention of Terrorism Act.”

The larger concern is that the ordinance will be the beginning and end of governmental action. There is a fear that the government will pay mere lip service to the protests of the past two months without any genuine commitment to institutional reform. There are already signs that government apathy is setting in: for example, Namita Bhandare, the author of the ‘Stop Rape Now!’ petition, took a step further and individually emailed all 542 Members of the Lok Sabha asking them to extend the budget session with the express purpose of discussing gender-based legislation. Only four MPs replied. Such instances cast a doubt over the government’s commitment to gender justice.

It remains to be seen how the JVC report is finally implemented. For now, human rights activists are happy that a handbook which effectively catalogues the causes for misogyny in India exists. The government will ignore public opinion on this matter at its own peril—general elections are just around the corner and nothing has more fury than an electorate scorned.

Priya Kale completed an MSc. in International Political Economy from LSE in 2011.She would like to thank Namita Bhandare and Karuna Nundy for their invaluable insights. Follow Priya on Twitter @priya_kale. 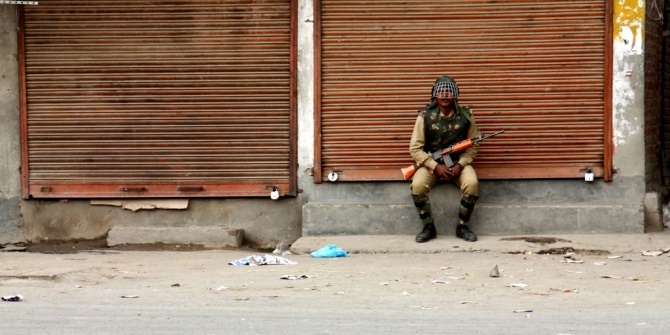 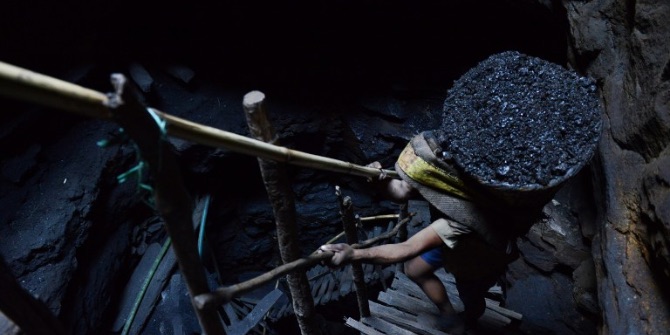 ‘Phaltu sarkar’: In Meghalaya, the ban on coal mining could cost the Congress heavily (Part 1)