How should governments seek to control immigration? Comparing European immigration controls with South Africa’s notorious apartheid laws, Chandran Kukathas argues that attempts to control some people can all too quickly escalate into an effort that depends for success on controlling everyone. 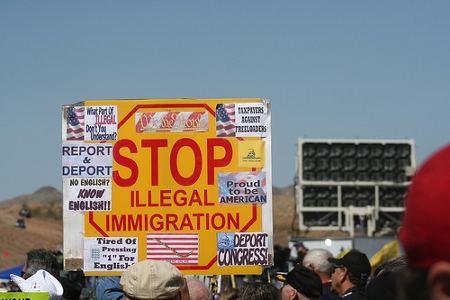 When immigration controls fail to achieve their ends, governments are invariably pressured or tempted to extend that control in a way that bites into the freedom of ordinary residents and citizens. Employers, landlords, and educational institutions are subjected to harsher punishments for hiring, housing or hosting would-be immigrants, and are in the process turned into agents of the state, obliged while trying to run their own affairs also to do the work of regulating, monitoring and reporting to the government in order to preserve their right to operate—or to stay out of jail. People will find their relatives deported for babysitting their children upaid but unauthorized (as happened to Mrs Wang in Yorkshire in 2009); men and women will find themselves unable to bring their spouses into the country even when married with children (as happened to Elizabeth Celi-Parr, who was refused permission to sponsor her Ecuadorian husband to enter the UK because her earnings were too low); and universities will find themselves unable to operate when their licenses to admit foreign students are withdrawn for failure to monitor closely enough classroom attendance and visa compliance (as happened to London Metropolitan University in 2013).

Note: This article was originally posted on Democratic Audit UK and gives the views of the author, and not the position of USAPP – American Politics and Policy, nor of the London School of Economics.

Chandran Kukathas – LSE Government
Chandran Kukathas is Professor of Political Theory and Convenor (Head of Department) in the Department of Government, LSE. He previously worked at the University of Utah, Oxford and in Australia. Chandran is the author of  The Liberal Archipelago: A Theory of Diversity and Freedom. He is currently working on a book entitled Immigration and Freedom.