Most accounts of gentrification in America’s cities center around the idea of well-off outsiders moving into a poorer neighborhood and then largely ignoring local shops and businesses in favor of upscale boutiques or suburban-style chains. In new research which focuses on the Mount Pleasant neighborhood in Washington, DC, Andrew Riely finds that while many gentrifiers are seeking a more cosmopolitan lifestyle, a significant number do shop locally and have a self-awareness about their own effects on their neighborhood and its long-term residents.

Walk down Mount Pleasant Street, the commercial corridor of the neighborhood of the same name in Washington, DC, and you will observe that the majority of shops and restaurants (about 76 percent, by my count in 2017) are local and independent rather than boutique or corporate-owned. Many of them specifically cater to working-class, Latin customers. Yet Mount Pleasant, like so much of the capital city, has undergone a sweeping process of gentrification in recent decades. Though majority African-American in the 1970s, with a substantial Latin minority arriving in the following decade, the neighborhood became majority white by the 2010 census. The disconnect between the process of residential and commercial gentrification, which gentrification scholars usually theorize as closely linked, suggests something unusual and noteworthy at work in the consumption habits of local gentrifiers.

Through surveys and follow-up interviews, I discovered that many members of this group make a substantial effort to shop at local stores. This finding contrasts sharply with accounts that characterize gentrifiers as unwitting consumers of packaged culture designed specifically to their taste or desiring suburban-style shopping opportunities in the inner-city. Many gentrifiers in Mount Pleasant purposely choose to live in the neighborhood because of its cultural heterogeneity and progressive reputation. For example, here’s how Amara, age 30, describes its appeal:

I really like Mount Pleasant a lot – it’s really beautiful, it feels kind of neighborhoody in a way that some other places in DC don’t to me. And even though it does have a lot of these gentrification issues, it doesn’t feel like the entire community is uprooted by suburban white people. I think partly that is because of so many businesses being owned by Latino people and what seems like good housing that caters to that community that fits in pretty well. (Amara, age 30, works for a non-profit)

Gentrifier consumption habits reflect this sensibility. Though they tend to seek out big ticket items and groceries elsewhere, a substantial number of gentrifiers shop locally for everyday items and, in particular, frequent local restaurants and cafes specifically for Latin and Asian fare. Relying on a framework developed by the sociologist Japonica Brown-Saracino, I found that gentrifiers in Mount Pleasant are fairly evenly split between “pioneers”—unapologetic gentrification boosters, “social homesteaders”—ambivalent gentrifiers, and “social preservationists”—those who feel guilty about the impact of the process on long-time residents and try to reduce those effects. In this social context, self-awareness and empathy evidently exert a powerful influence on consumer behavior among a substantial proportion of gentrifiers. 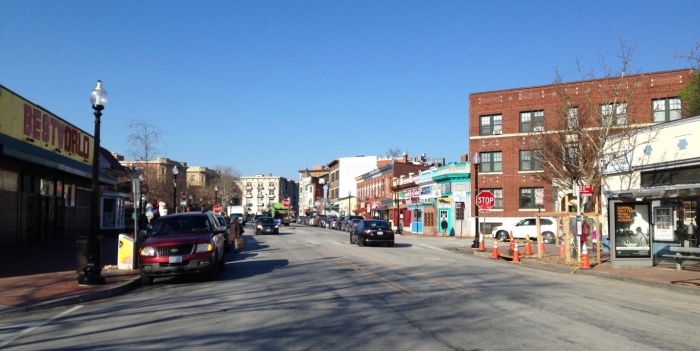 Several other factors play a significant role in maintaining Mount Pleasant Street’s local flavor. Most retail space is old and cramped, and the neighborhood’s designation as a Historic District in 1986 brought strict zoning regulation. It’s not an easy street on which to open a new, large store. In addition, the substantial remaining Latin population continues to patronize local businesses, along with former members of the community who have moved elsewhere but return to shop in their old neighborhood. Gentrifiers aren’t the main factor in preserving the old streetscape, but their patronage of local stores helps.

Studies of gentrification miss these nuances when their authors classify people purely by income or property ownership. Certainly, such attributes profoundly shape social relations and economic activity, but cultural attitudes and conceptions of self also exercise a vital effect.

My interpretation of gentrifier behavior also incorporates Pierre Bourdieu’s theory of distinction, which considers cultural capital in its analysis of class. In short, cultural resources such as education and cultural vocabulary, as well as wealth, determine people’s status. Efforts among socially-conscious gentrifiers to support local business are not without self-interest; familiarity with varieties of Asian street food or offerings at the local bodega builds a cosmopolitan cultural repertoire that signals and enables privilege. Additionally, gentrifier interest in local stores only goes so far—restaurants and stores that do not observe mainstream middle-class standards of service do not enjoy their patronage. Efforts to accumulate cultural capital can conflict with the desire for familiarity and comfort. 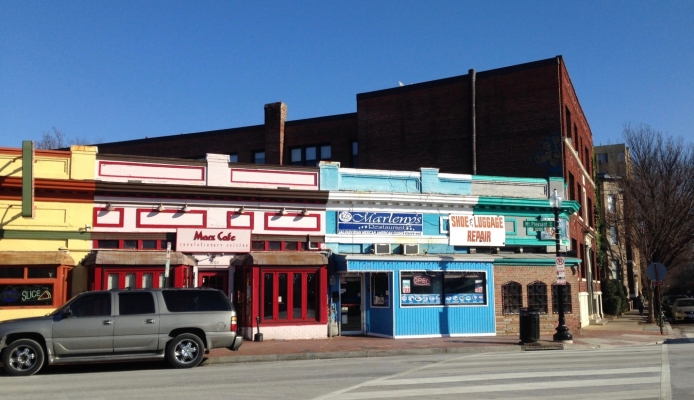 The impulse among gentrifiers, at least in this sample, to achieve a more cosmopolitan status while at the same time reducing the cultural and physical displacement experienced by long-time residents, presents a substantial contradiction. This paradox gets lost in the severe polarization that usually accompanies debates over gentrification, but it is probably familiar to most people with first-hand experience of the phenomenon. At least for a time in Mount Pleasant, it has helped to cultivate a locally-oriented commercial landscape that gentrification has elsewhere wiped away.

My findings suggest how social boundaries, indicated in this case by consumption patterns, can evolve in complex, surprising ways. I suspect that this is only one example of how contemporary urban identities may be, in some instances, transforming to challenge traditional conceptualizations. In this age of tremendous political antagonism, political affiliation and closely related understandings of morality are moving to the forefront of how Americans define their identity. The trend, which is evident in the behavior of Mount Pleasant’s social preservationists, has the potential to reshape, though certainly not obviate, familiar economic, cultural, and racial boundaries, particularly in places such as Mount Pleasant where political/moral sentiment runs high. Evidence shows that it played a critical role in the victories of Alexandria Ocasio-Cortez (D-NY) and Ayanna Pressley (D-MA), the well-known Latina and African-American Democratic representatives who rode tremendous support among gentrifier voters to victory over older, white male incumbents in their 2018 primaries. 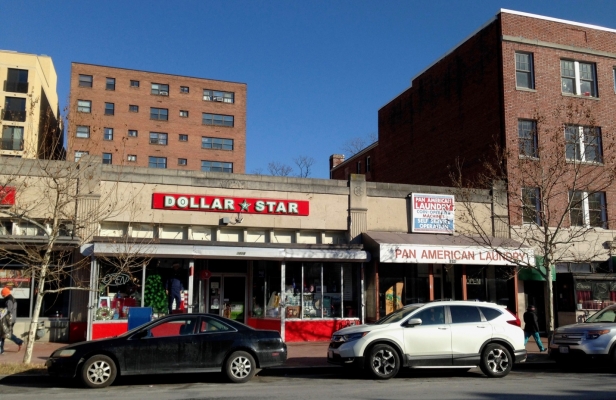 In places where politics and morality are reshaping social boundaries, the impacts on material and cultural aspects of landscapes are likely to be considerable. They may be particularly substantial in gentrifying areas such as Mount Pleasant because gentrification, unless it completely displaces a neighborhood’s original inhabitants, mixes populations. Urban observers will no doubt closely examine the ramifications for housing, transportation, and schools, among other topics.