In ‘Encountering Metis in the Security Council’, the latest in the LSE WPS Working Paper Series, Sam Cook explores the practices of feminist advocacy on women, peace and security at the UN, and introduces us to the lesser-known Greek goddess, Metis.

Stories of the Women, Peace and Security Agenda and of 1325 – the Resolution in the Security Council by which it was inaugurated – are often told as stories of successful feminist engagement with international law and policy.  Any attempt to write these feminist histories can really be no more than a cursory sketch invoking years of advocacy and more processes, people and events than I know. I am so very conscious of how such stories oversimplify and misrepresent relationships and their subjects. And yet, it was simple narratives, potted histories, repeated, remembered in outline and reconfigured as their connections with other fragments were learned, that were perhaps most significant in my learning to do my job as a feminist policy advocate. It was through such stories that, more than a decade ago, I figured out what it was to be one of the two paid staff (at that time Project Associates) of WILPF’s PeaceWomen Project in its UN office in New York. Much of what I now know of the structure and workings of the UN, and of how which of its various parts might be relevant to which issues, comes from such stories and participating in their citation. These stories we tell of our efforts as feminists weave the space into which our future interventions emerge and how we tell them matters.

In one sense the stories of feminist policy successes are fairly easy to recite — they trace familiar narrative lines of NGO advocacy and persuasion and of state acquiescence and the production of a text. Becoming equally familiar, however, are narratives that point to the subsequent failures in/of these policies and attribute responsibility for this to feminist ideas or actors having been in some way co-opted. But, and as I explore in more detail in my larger project, I was looking for a more nuanced story — one that went beyond a proclamation of feminists engaged in policy advocacy having been co-opted, moved to the dark side or otherwise contaminated by working within the particular field of power that is the Security Council. I am not disputing evaluations of the Council’s WPS policy but rather the attachment of these critiques to the intent and identity of an imagined insider – the straw feminist who can carry a blame perhaps better put to other actors.  Rather I ask what we might learn if we look more closely at the logics of action in this policy space and think through how we engage its microscopic and often unspoken institutional practices.

This is not an account of Council policymaking writ large but rather an exploration of how feminists encounter and work within its practices – its rules, procedures and ways of operating – even as they have no formal place from which to do so. It is in this paradoxical position of having to use or rearticulate the strictures of its forms in order to undo it that those subordinated by the system must create a space of politics. In my contribution to the LSE WPS Working Paper Series  I write against those that, in their telling of feminist interventions, foreclose the possibilities for future efforts and for feminist community across institutional boundaries. I explore a set of interviews with feminists who either are working or have worked to see feminist approaches and interests included within WPS policy. I read these not for a definitive account of Security Council practices, but as texts that provide narratives of feminist interventions in, and through, those practices. It was in my struggle for a way to trace and tell the logics of these ways of operating that I encountered metis. As my paper explores, metis functions as an active concept, power, or form of knowledge that helps to understand feminist logics but it was the myth of her appearance in goddess form that piqued my curiosity and captured my imagination.

Perhaps fittingly, Metis as a goddess figure is notable by her absence from classical writings — she does not appear as a major figure in Greek religion or theogony and there is no cult or ritual deifying her name. In the ancient Greek order she was a Titan elder, daughter of Oceanus and of an earlier age than Zeus. It is in relation to Zeus that she is given mention, as his first spouse. Early in their marriage, and when she is pregnant with their first child (a daughter), Zeus is forewarned by an oracle that his wife would bear him children that would overcome him. Attempting to avoid (or at least forestall) fate, Zeus returns home and turns against her the very weapons that made Metis invincible — her ability to shape-shift. In the most straightforward account, Zeus tricks Metis into shifting herself into the form of a fly. In later accounts it becomes clear that this shape-shift is motivated by her desire to avoid being raped by Zeus. She turns herself into a fly and he swallows her. But this is not the end for Metis. As it turns out, Metis works from within Zeus’ belly and crafts a helmet and robe for her fetal daughter. The hammering as she makes the helmet causes Zeus incredible pain and, depending on the account, his head is cleaved or smashed open and Athena is born – fully formed, armed and armoured. While Metis is written out of most histories of Athena’s birth, Metis’s son goes on to overthrow Zeus. But perhaps the greatest promise that the story holds is that metis as a form of knowledge remains: the cunning intelligence needed to act in a world of chance. As I suggest in my paper the Security Council presents just such a world and the figure of metis, while not offering an escape, does present a way to imagine the creative potential of feminists working with and within its bounds.

Posted In: From the Field | WPS in Practice 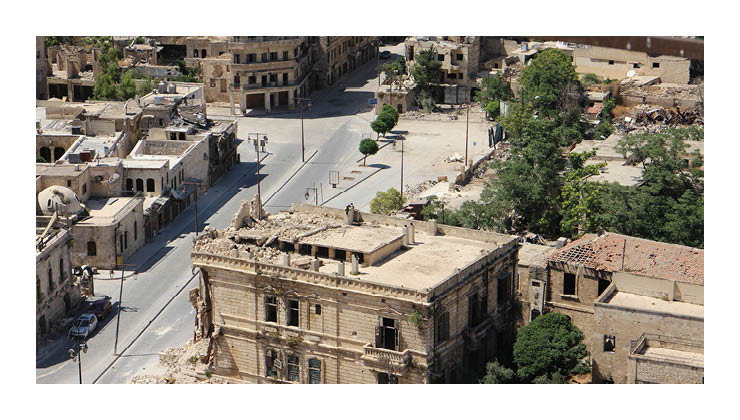