Outside of a relatively specialised circle of policy experts and advocates, negotiations over UN Security Council resolutions don’t usually get a lot of coverage in social and mainstream media. Resolution 2467, adopted on 23 April 2019 to become the ninth resolution to be adopted under the title of ‘Women and peace and security’, was somewhat different in this regard. Discussions in news and social media began days before the resolution was due to be tabled (at the annual Security Council open debate on sexual violence in conflict). These focused on whether the language in the draft resolution about sexual and reproductive healthcare for survivors of wartime sexual violence could be protected,  while attempting to strengthen accountability for sexual violence in conflict,  in the face of serious opposition, primarily from the USA. As it turned out, it could not. Here, we argue that resolution 2467, and the circumstances of its adoption, gives all of us who are interested in the Women, Peace and Security agenda reason to be very concerned about the future of the agenda and the preservation of the small and hard-fought victories that it can reasonably claim.

This latest development, which few within the WPS community have rushed to applaud, also needs to be considered with the 20th anniversary of the agenda’s inception being now just over a year around the corner. With this comes the certain likelihood that another text will be considered at this milestone, as was the case in 2015 and in 2010. While resolution 1325 was the result of a groundswell of advocacy by women civil society around the world, today’s calls emanating from women’s organisations, especially those from conflict and post-conflict affected countries, are not for another Security Council resolution. Advocacy efforts are predominantly focusing on the implementation of and accountability for the commitments enshrined in the eight – now nine – already adopted.

It is frustrating that this relentless and uncompromising pushback by the US should have come as any surprise to the Security Council. In October last year it was revealed that the Trump administration was working to remove the word ‘gender’ from UN documents as part of its strategy to undermine the recognised human rights of transgender individuals. In March this year, the administration was accused of trying to further dilute international women’s rights standards as they relate to sexual and reproductive rights at this year’s Commission on the Status of Women in New York.

This proved to be an unsurmountable challenge for Germany, representatives of which had been advocating for a resolution during its presidency since October 2018. While there was varying support among Council members for stronger accountability measures and a survivor-centred approach to sexual violence in conflict, the compromise necessary to achieve this related to the very issues the USA has increasingly been rallying against. In pursuing this resolution even after key components had already been reportedly taken out during the negotiations, Council members made a calculated decision that removing sexual and reproductive health for women who had been raped in conflict was justifiable. However, the very pursuit of the resolution came at significant costs for the same individuals who the resolution was intended to bring justice for as well as for the WPS agenda.

The resolution represents a compromise on language about women’s rights to sexual and reproductive healthcare (SRH) that had already been negotiated and agreed upon by the Council. Inserted into the Preamble of resolution 1889, operative paragraph 19 of resolution 2106 (adopted in 2013) gives some substance to the Council’s provision in this sphere:

Recognizing the importance of providing timely assistance to survivors of sexual violence, urges United Nations entities and donors to provide non-discriminatory and comprehensive health services, including sexual and reproductive health, psychosocial, legal, and livelihood support and other multi-sectoral services for survivors of sexual violence (S/RES/2106, 2013, para. 19).

It sets a dangerous precedent for the agenda that the Trump administration was essentially able to hold the resolution hostage through threat of veto until representatives could secure a commitment to a watered-down, reduced version of this language for resolution 2467. After several further last minute cuts requested by Washington DC, 2467 makes no direct reference to SRH. The only reference to previous resolutions is in the first preambular paragraph which lists all eight WPS resolutions, but these are not mentioned in the context of SRH.

This squabble over a few words might seem insignificant. But the words are not there, and the words matter, because the words of each resolution represent the negotiated and agreed upon commitments of the Council at the time. Further, the absence of SRH language must be read through the lens of the Trump administration’s continued war on women, which began early in the administration’s tenure with the reinstating of the Mexico City policy, better known as the ‘global gag rule’. Trump signed a Presidential Memorandum on the Mexico City policy a couple of months into his presidency, suggesting that it was a matter of some priority for his administration. The policy institutes a ban on federal funding flowing to international family planning institutions that offer, among other services, advice and counselling on abortion.

The impact of the revival of the global gag rule is devastating. One report by Human Rights Watch ‘found the policy has triggered reductions in key sexual and reproductive health services from well-established organizations that cannot easily be replaced’. In Kenya and Uganda, as a result of reduced funding, organisations are having to choose between providing vital medications to people living with HIV/AIDS or counselling and access to safe abortions in an environment in which such access is not assured and in which women and girls are dying from unsafe procedures.

The likelihood of the Trump administration holding women’s reproductive rights hostage in negotiations about a new WPS resolution was always high, given the administration’s track record in this area. The smart play might well have been to put the agenda into maintenance mode. As those closely involved with the agenda have noted, there are many commitments that are still yet to receive sufficient support and funding for implementation. This raises the question, then, of why a ninth resolution was sought at all and where does it leave a tenth?

Given the last few days, before even thinking of now a tenth resolution, careful consideration is needed to identity what progressive additions could feasibly be agreed to in this current climate, which genuinely reflect the identified needs and priorities of women living and working in conflict affected countries. It is also crucially important that states which call themselves friends of the agenda mount an iron-clad defence around the normative developments secured inch by inch over the last two decades and beyond.

Louise Allen (@AllenLouiseA) is a Global Gender, Peace and Security Consultant and an experienced women’s rights and women, peace and security advocate. She has worked alongside women, Indigenous and refugee human rights defenders and civil society in Australia, in the Pacific and at the UN both in Geneva and New York. From 2014-September 2018, she was the Executive Director of the New York-based NGO Working Group on Women, Peace and Security.

Posted In: Sexual Violence in Conflict | WPS in Practice 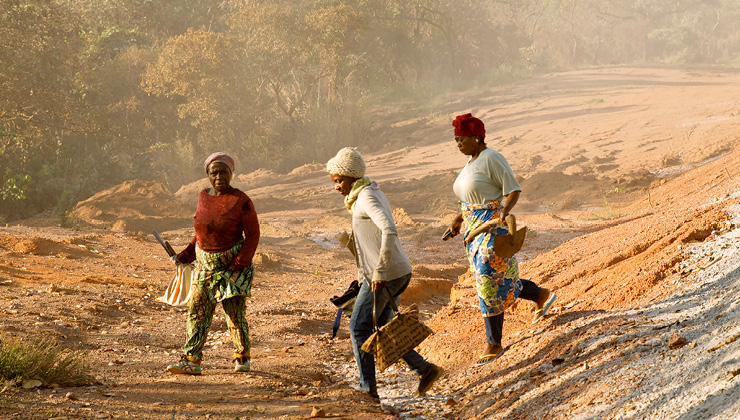 Women, Peace and Security in Cameroon: the missing voices of the Anglophone Crisis