Posted on January 5, 2021 by Internal Communications 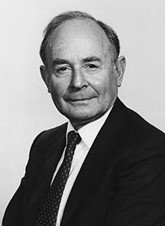 Basil Selig Yamey was born in Cape Town (South Africa) on 4 May 1919. He studied at the University of Cape Town, where he graduated in December 1938 with a B. Com. degree with distinction. One of his teachers, William Baxter, the Professor of Accounting at the University of Cape Town, had LSE connections and encouraged Basil to further his studies there. In March 1939, he registered as a Ph.D. student at LSE with a thesis entitled ‘Shareholders, Accounting, and the Law’, to be supervised by Arnold Plant. In May 1940, his studies, because of the war, were suspended, and he worked under Arnold Plant at the Ministry of Information.

Basil returned to South Africa at the end of 1940 and was appointed Lecturer in Commerce at Rhodes University College, Grahamstown. He enlisted in the South African Air Force (SAAF) at the end of 1941 and worked in the Statistical Section of Air Headquarters. Basil left the SAAF in February 1945 and returned to teaching at Rhodes University College, but moved to the University of Cape Town in July 1946, where he was appointed Senior Lecturer in Commerce.

In 1947, Baxter returned to LSE to become Professor  of Accounting, the first such post in Britain, and he encouraged Basil to return to LSE. So in 1947 Basil applied for the post of Reader in Commerce at the LSE, but accepted the position of Lecturer in Commerce, with the understanding that he would be considered for a Readership in Commerce when that post was created.

He joined the staff at LSE in December 1947, but stayed only one year, resigning  in December 1948, to become an Associate Professor of Marketing in the School of Commerce at McGill University, Montreal. In March 1950, the LSE Director wrote to Basil to see if he was interested in returning to LSE to a Readership in Economics (with Special Reference to Distribution). The offer was accepted the offer and Basil returned to LSE as a Reader in Economics from 1st October 1950. In June 1956, Richard Sayers, the Editor of journal Economica, wrote to Basil to invite him to become Assistant Editor of the journal. Thus began a long association with the journal, where he was the Editor from 1960 to 1974.

In January 1960, Basil Yamey became Professor of Economics at LSE and he taught there until he retired in 1984, when he continued his association with the School as Emeritus Professor.

In 1948 Basil married twenty-year-old Helen Bloch in Cape Town. They had a son, Robert Adam in 1952, and a daughter, Jill Alison in 1956. After she came to London, Helen attended the St Martin’s School of Art, where she studied sculpture. She died in 1980. Basil married Demetra Geogakopoulou in 1991.

In his research, Basil was interested in the history of accounting and spent much time researching the historical  development of accounting in Italy. For example, on the basis of his detailed analysis of historical accounting records (Yamey 1949), he criticised the theory put forward by Werner Sombart (Sombart 1924)  that the double-entry bookkeeping (DEB) system was a precondition, or at least an important stimulating factor, for the emergence of modern capitalism. Yamey’s research suggested that while teaching manuals over many years had preached the benefits of the DEB system, many firms still continued to use the older single-entry as modern capitalists. His work was important in encouraging other researchers to explore this area of economics.

Basil’s research led him to oppose monopolies and his criticisms of the operation of Retail Price Maintenance influenced opinion towards ending its operation in 1964. He was appointed to the Cinematograph Film Council in 1960 and served as a part-time member of the of the Monopolies and Mergers Commission 1966 to 1978. His interest in the free operation of markets led to his involvement in the Institute of Economic Affairs, where he was a member of the Advisory Council from 1962 to 1984. He was elected a Fellow of the British Academy in 1977. 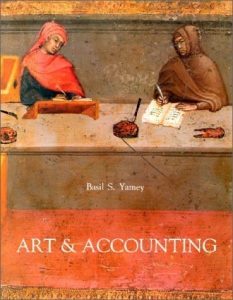 Basil loved art and served as a Trustee of the National Gallery from 1974 to 1981 and a Trustee of the Tate Gallery from 1978 to 1981. He combined this love of art with his research into the history of accounting when, in 1989, he published Art and Accounting, a book that reproduced over 100 images of bookkeepers at work from several centuries of European art.

In 2019, twenty-eight of Basil’s colleagues, former students and his long-time LSE secretary took the opportunity to express the admiration and respect they had for him as a person and for his achievements by contributing to a book that was published to celebrate his centenary, entitled Basil Yamey at the LSE:A Birthday Tribute. From among his colleagues there were many tributes to his approachability and help when they were newly arrived in the Economics Department, of his open-mindedness and fairness in his advice. His help as a mentor to junior members of the Department was warmly appreciated by them as was patience and support. His research in Italy led to contacts with Italian universities and there were a number of Italian contributors, including Romano Prodi, who had come to LSE as research students and reported on how well he had looked after them. His former secretary recorded that he was a delight to  work for and that his enthusiasm for his research into early Italian accounting had led to her development of a love of Italian art.

Outside of the Economics Department, Basil played his part in the functioning of the School: he was Vice-Chairman of the Appointments Committee for three years, a member of the Standing Committee for three years and a member of the Committee on Administrative and Library Staff. He was Convenor of the Economics Department from 1966 to 1969.  Ralf Dahrendorf paid tribute to his role by noting that he was “one of those on the academic side who for one reason or another commanded respect at the School … had a commitment to the School and a way of getting on with all groups”. (Dahrendorf, 1995, p. 488).