When the First World War began, LSE had been established for two decades as a metropolitan centre for research and teaching in the social sciences, with a tradition of public engagement. Although the School was characteristically divided over the rights and wrongs of the conflict, hundreds of alumni did military service (as well as academics such as Clement Attlee, Hugh Dalton, and R H Tawney) and 46 students and staff would be killed in action. Many more – often women – helped the war effort behind the lines or in Britain, including in government.

LSE’s archives, including the Women’s Library, capture the mood of 1914-18. They display some initial reactions, for example by the Dumbartonshire diarist Eunice Guthrie Murray, who foresaw that the struggle would be long.

Whereas Professor Sir Herbert Warren from Oxford asserted Britain’s superiority over Germany in penning martial verse, Christabel Pankhurst and Millicent Garrett Fawcett – respectively from the radical and the mainstream branches of the women’s suffrage movement– gave reasoned defences of Britain’s participation, which a French pamphlet none the less berated as too little and too late.

Conversely, the International Congress of Women made a bold attempt to mediate, while E D Morel, the founder of the Union of Democratic Control, condemned the secret diplomacy that in his view had committed Britain without consultation. The battle of ideas was not fought just with prose, however, and the disturbing images of atrocities by the Dutch caricaturist Louis Raemaekers, commissioned for British propaganda, expressed the conviction held by many that Germany was an outlaw from civilised standards.

The Scottish Women’s Hospital organisation, in which Vera “Jack” Holme did service, worked in Macedonia, feeding Serbian children and carrying out surgical operations. Other items shed light on wartime conditions and on the conflict’s impact on those caught up in it. Their coverage ranges from anxieties raised by prostitution on the Western Front, to case histories of the symptoms of shell shock. A rare selection illustrates women’s war work in Germany; other photographs show British women driving ambulances, painting stations, making soldiers’ bread, and laying wreaths on battlefield graves.

Closer to home, the Misses Scott cared for Belgian refugees in Tunbridge Wells, and an album presented in gratitude figures in the collection. Its paintings and verse show how poetry served – far more than it would today – to vent the feelings of a generation too often mistaken for being tight-lipped.

Discover more about LSE Library’s first world war archives with the online exhibition World War One at LSE: a common cause. 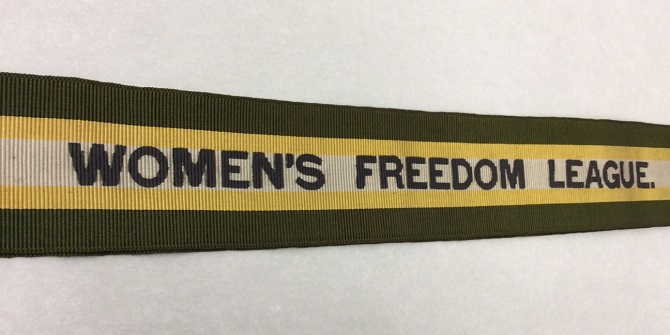