2017 marked the 60th anniversary of the end of evening teaching for the BSc (Econ) at LSE. Jim Thomas explores the passing of a system in which hundreds of Evening Students spent five years attending lectures and classes between 6 and 9pm five nights a week to complete their formal studies for the BSc (Econ).

When LSE opened in 1895 it was not part of the University of London and did not teach degree courses. According to the Prospectus:

It is not proposed to prepare students especially for any examination, but the lectures and classes already arranged will be found useful for candidates for the following public examinations among others, viz. Civil Service (Class I and Indian), Council of Legal Education, Institute of Bankers, Institute of Actuaries, London University (Mental and Moral Science), London Chamber of Commerce (Commercial Education).[1]

The London University Act of 1898 led to the restructuring of the University of London. Two important changes affected LSE. First, the number of Faculties in the new University was expanded to include a Faculty of Economics and Political Science (including Commerce and Industry), with BSc (Econ) and MSc (Econ) degrees being offered in that Faculty. Second, LSE was admitted to this new faculty as a School of the University.

The Statutes of the new University of London were in operation by 1900 and regulations were written for the new degrees.  LSE submitted details of its courses and these were approved by the Senate, but there were delays before the teaching for the new degrees could begin, as is explained on p37 of the Calendar for the Session 1902-1903:

Under the new constitution of the University of London, a ‘Faculty of Economics and Political Science (including Commerce and Industry)’ was established in 1900 and the School of Economics admitted as a ‘School of the University’ in that Faculty.  Students in the subjects comprised within the Faculty may, under the new regime, proceed to degrees in Science (BSc and DSc).

The courses at the School, as at other institutions, were provisionally approved by the Senate of the University for the session 1901-2.  But in the absence of any curricula and schemes of examination for the new degrees, no changes of great importance were made in the courses of lectures and classes at the School.

The result was that teaching for the new BSc (Econ) began in 1902.

The data suggest that the Evening Students formed an important component of the BSc (Econ) degree after the end of World War I, rising to 62% of the students on the course in a number of years. It averaged 48.9% over the period 1919/20 to 1938/39.

At the beginning of World War II the LSE’s Houghton Street site was commandeered by the Ministry of Works and LSE moved to Cambridge. This led to a discontinuation of Evening Teaching until the School returned to Houghton Street in 1945. Evening teaching resumed in the 1945/46 session, with about the same number of students, but an increase in the number of full time students meant that Evening students represented a lower percentage (19.6%) of the total number of BSc (Econ) students between 1945/46 and 1965/66.

By the early 1960s it had become easier for some good potential Evening students to get grants to study full time and there was a decline in the number (and quality) of candidates applying to study for the BSc(Econ) as Evening Students. The School considered the future of Evening Teaching and the School’s decision was stated in the Report by the Director for the 1966/67 Session on p52 of the Calendar:

In the course of considering the general expansion programme attention has again been given to the position of evening teaching at the School. The number of candidates registering for First degrees has declined very considerably, and since at the same time the number who find it possible to complete the course has declined even more rapidly, there has been a very significant falling away in the numbers of evening students actually taking first degrees at the School.

At the same time the growing complexity of the subjects of study, and the increasing number of separate special subject divisions of degree courses, have meant that the number of evening students taking any one course has generally been very small indeed. The conclusion has therefore forced itself upon us that the provision of evening teaching for first degrees has ceased to be an economic use of the School’s resources. At the same time provision for teaching at degree level in the social sciences in other institutions in the London area catering for part-time students has considerably increased.

The Academic Board accordingly recommended to the Court of Governors, and the Court after full consideration accepted the recommendation, that the School should take the decision in principle to terminate first degree evening teaching. In view of past relations with the LCC and its successor in this field, the Inner London Education Authority, we have consulted with the latter body as to the timing of this change. The Authority having raised no objection in principle, it was agreed that no further evening students should be admitted for the LLB, and it is probable that evening admissions for other undergraduate degrees will cease after the session 1966/67.

It should be added and emphasised that there is no intention to bring to an end the provision of part-time teaching for higher degrees, which is in fact expected to be an expanding activity. It would be most regrettable if the tradition of part-time teaching, which was the original basis of the School’s organisation, should ever be entirely broken.

Contributed by Jim Thomas (Emeritus Reader in Economics and Research Associate, STICERD, LSE). Jim Thomas was an Evening Student from 1956 to 1958, at which time he obtained a small grant and was able to escape the rigours of being an Evening Student for the relative leisure of life as a full-time student and completed his studies for the BSc (Econ) in 1960.

[1] At first sight it might seem odd that there should be no special examinations in relation to this elaborate structure of courses, but according to Maccoll (1988, p2) “The trustees decided not to institute examinations in view of the probable establishment of a teaching London University (as proposed by the Gresham Commission in 1894), when it was hoped economics and politics would become recognised subjects.” 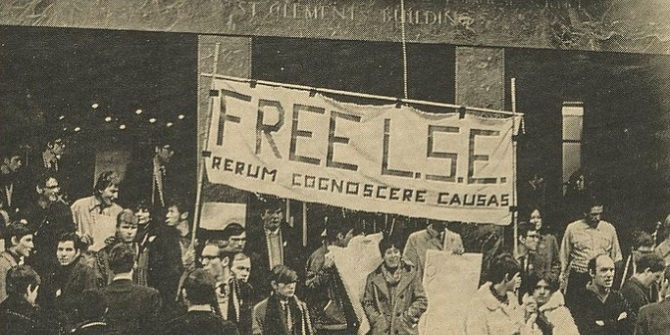 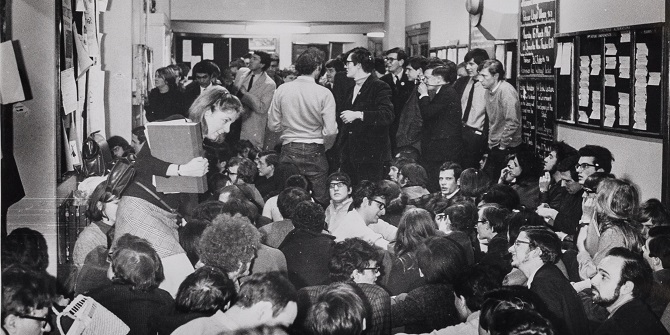 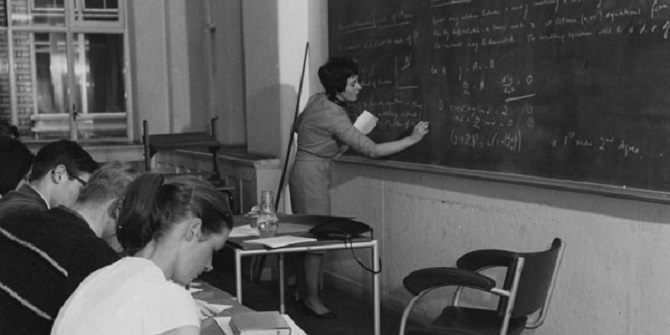 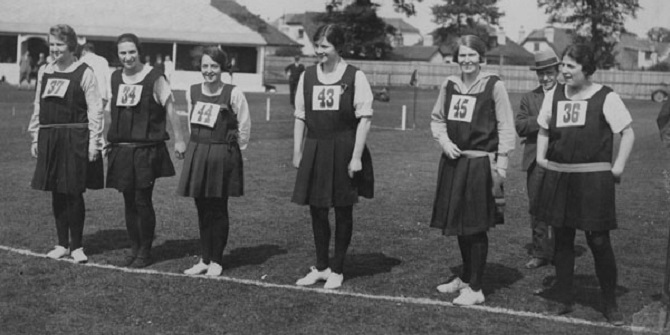