Sally Munt is a professor in cultural studies and has published extensively on issues of identities and otherness. Sally talks to us about how books, both fiction and non-fiction, are woven into the narrative of her life. She also identifies Judith Butler’s early books on gender as having led the paradigm shifts in feminism and sexuality studies.

I was an undergraduate in sunny Weymouth in the early 1980s; why I was living there is another story. Two things happened at the same time: firstly, I was lucky enough to have a lecturer who was studying the new MA at Birmingham Centre for Cultural Studies, he kept bringing all of his Birmingham readings into class, so that’s how I got introduced to Stuart Hall’s work. Secondly, it was a long hot summer and I was bored and a little bit lonely. So I spent many weeks lying on Weymouth beach and swimming in the sea, reading all the new novels from The Women’s Press and Virago, and realizing that there was a whole new way of seeing the world. I also had a lesbian lecturer, who became my friend. I used to go and stay at her cottage in the Dorset countryside, we would talk about reading and eat enormous meals. She was a great cook.

So books, for me, are not isolated from life. I had people to inspire me and I read what they read, and then we discussed them, with food and friendship.

I had heard that there were lots of lesbians in Brighton, so I moved to Sussex University to do an MA, then a PhD, which was on feminist fiction. I followed my pleasures. Probably the writer who inspired me to study was a popular feminist science fiction author, Marge Piercy. I wanted to understand the new worlds being offered by novels like Woman on the Edge of Time. Becoming a lesbian, and a feminist, at that time also felt like recreating the world, it was thrilling, painful, and addictive. I spent the 1980s thus – arguing, reading, writing, and eating. And falling in love.

You read an awful lot of books to do a PhD, and the books that stay in my mind from that period are not academic or theoretical, but novels. I read everything I could lay my hands on, I spent a decade in made-up worlds, mitigating the sometime harshness of that decade, personally and politically. Stories are important, they make us who we are. If there was one book from the 1980s that defined that decade for me, it would have to be Joan Nestle’s A Restricted Country, which was published in the UK by the Sheba Feminist Press Collective. Nestle is a Jewish femme lesbian historian, who writes using a mixture of social and cultural history, and personal narrative. It was, and possibly is, the most wonderful book I’ve ever read. Joan Nestle, with her then partner Deb Adel, founded the New York Lesbian Herstory Archives in New York City, where I was lucky enough to visit as the CUNY Visiting Professor in American Studies in 1994-5.

In the 1990s ‘queer’ came along and swept us up into its vortex. If there have been books that have carved out an intellectual bedrock for me, then I’d have to say its been the books such as Butler’s Gender Trouble and Bodies That Matter, and Foucault’s History of Sexuality – books that defined a whole generation of feminist and queer activist/intellectuals. Everybody read these, which then enabled huge paradigm shifts in the way we think. Its easy to be blasé or cynical about these titles now, to argue that we are ‘beyond’ this moment. But these books really did change lives, build communities, and force open possibilities. As great books, they continue to do so, and I still turn back to them regularly.

In the 2000s I read more and more about social class. I read all 958 pages of E.P. Thompson’s The Making of the English Working Class, a lot of which is set in West Yorkshire, where I grew up. My Dad, a working class Yorkshireman, knew of many of the protests that Thompson writes about so clearly, and we had a glorious short moment in both of our lives when we could share what I was up to ‘in the university’. There were two other brilliant books of that decade for me: a popular social history written about social housing, Estates by the Guardian newspaper journalist Lynsey Hanley; and Seth Koven’s book Slumming, which is a social history of Victorian and Edwardian slummers, and their real and imagined relationships with the poor. All three of these books have so much to say about class politics today. 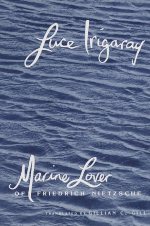 Finally, the books I’m reading now are Luce Irigaray’s Marine Lover, in which she interrogates Nietzsche “from the point of view of water”, and a rather more leisurely peruse of The Story of Swimming by Susie Parr, which has wonderful photos by Martin Parr. This is because amongst all the serious stuff, I’m also a diver and I’m compiling a long-term project ‘haptic phenomenologies of SCUBA’, which involves a lot of thinking, wallowing in and swallowing the sea, water, wetness, and fish. Into the marine. Its an-other form of otherness, perhaps the absolute otherness here on earth.

Sally Munt is the Director of the Sussex Centre for Cultural Studies, and Professor of Gender Studies and Cultural Studies at the University of Sussex. She has published many books in the field of queer and LGBTQ studies, and also social class, and space. Her latest books were (with Kath Browne and Andrew Yip) Queer Spiritual Spaces: Sexuality and Sacred Places, and Queer Attachments: The Cultural Politics of Shame, both with Ashgate Publishing. Sally is currently the moderator for the AHRC Research Networking Scheme, serves on the AHRC Panel for Languages and Literatures for research grants, and is on the international review board for the Irish Research Council and for the European Science Foundation HERA Scheme. She is also a BABCP Accredited cognitive behavioural psychotherapist.