Changing Difference revisits feminist and philosophical debates on essentialism: the question of whether there are properties common to all women which may suggest they belong together as a group. The answer to which holds profound implications for women acting together as a political force. Alison Stone reviews the book and finds that somewhat frustratingly there is little reference to the very extensive feminist literature on essentialism. Even so, the author’s own concept of ‘plasticity’ has considerable potential to advance our thinking about gender. 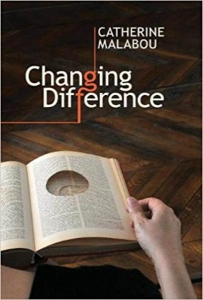 A former doctoral student of Jacques Derrida, contemporary French philosopher Catherine Malabou first became known for her book The Future of Hegel, published in French in 1996. In that book Malabou re-interpreted Hegel’s philosophy in terms of the concept of plasticity. Since then Malabou has used this concept as a starting-point from which to re-assess a range of issues: neuroscience, trauma and in Changing Difference, feminism.

Originally published in French in 2009, Changing Difference is a relatively short book consisting of four essays. The fourth essay presents the main focus of the book and gives us Malabou’s intervention into the heated feminist debates around essentialism. These debates are about whether there are any properties common to all women in virtue of which women belong together as a group. If there are any such properties (e.g. shared biological features, or shared suffering from gender oppression) then women are a unified group and can act together politically. But if there are no such properties, then it seems that nothing really unites women which throws the possibility of feminist politics into question.

Malabou’s intervention is to put forward a ‘minimal concept’ of woman. Women are exposed to the violence of being denied any essence. This exists in practical reality – e.g. domestic violence, sexual abuse, humiliation, etc. – and in anti-essentialist philosophy and anti-essentialist gender and queer theory. The ‘anti-essentialist violence’ of these intellectual currents plays into the hands of ordinary violence against women, Malabou maintains. Here she aligns herself with other feminist theorists who have argued that anti-essentialism has damaging political consequences: denying women any essence or reality as a group makes it impossible to criticise women’s oppression.

Against anti-essentialists, Malabou affirms that women do have an essence just in that they are constantly violated in their being. Ironically, this constant violation confers a shared being on women. It also gives women a ‘resistant’ essence: women persist in being despite, or indeed because of, being violated.

In the background is Malabou’s concept of plasticity. Something plastic is shaped but malleable, susceptible to changes of form (e.g. ‘plastic clay’), and has the power to shape and mould other things (e.g. ‘plastic surgeon’). On Malabou’s earlier reading of Hegel, she also notes plasticity is the ultimate being of all that is. Everything is in process of transforming and being transformed, giving and receiving form. Thus women’s violation shapes them; but what receives form is plastic so can also change form and act back to form other things. Formation produces formative power; in this way women can ‘transform their impossibility of being into a specific power’.

Malabou therefore argues that we need not be afraid to assign women an essence. Rather than fixing women in immobility, their essence makes women able to change and resist. Indeed, it means that women always are assuming new form, and as a result are never simply feminine, never simply women. This thought informs Malabou’s discussion in her first essay of ideas about the feminine (le féminin) in Irigaray, Levinas and Derrida. To some extent, these thinkers revalue ‘the feminine’ – understood as the model of welcoming the other, being hospitable to the stranger, being open to difference – while separating the feminine from women. For them, femininity is our ethical paradigm, but it need not be confined to women.

In part the concern of these thinkers is to avoid reducing the feminine as an open-ended way of being to women as fixed entities. But, for Malabou, being can only ever be in process of change through particular entities transforming one another. All entities are plastic. We can therefore affirm that women exist without this shutting down the fluidity of being. For if women exist in a plastic, malleable way, then they are always becoming other than they are. ‘[T]he feminine or woman … become passing, metabolic points of identity, which like others show the passing inscribed at the heart of gender’.

As this illustrates, the book’s earlier essays lead up to the fourth. The second and third essays dramatise Malabou’s endeavour to think beyond Derrida. She puts forward her concept of plasticity as an alternative to Derrida’s central focus on writing, and she re-reads Hegel more sympathetically than Derrida permits. In documenting her intellectual journey beyond Derrida, these essays illustrate what Malabou says in her fourth essay about the difficulty of being a woman in philosophy. To enter philosophy is to be violated qua woman; to remain in philosophy is to struggle with and against its violating forces.

These loosely interwoven essays are complex and suggestive. In fact, they are suggestive rather than systematic: they tend to end rather abruptly and unexpectedly, and their core ideas could have been elaborated at greater length. How do women concretely derive resistant powers from their very violation? Moreover, we might wonder whether the definition of women’s being in terms of their being violated is unduly negative. Has patriarchy really violated women’s being so totally that nothing more positive than violation is left to define them? After all, if violation enables resistance, then surely women having always been violated must have always resisted their violation and created more positive modes of being for themselves. In that case their essence would be less wholly negative than Malabou suggests.

A somewhat frustrating feature of the book is that Malabou makes little reference to the very extensive feminist literature on essentialism. Beyond Irigaray, Butler, and Beauvoir, very few feminist theorists are discussed or even referred to. Ultimately then, Malabou’s intervention concerning essentialism is rather obliquely related to the debates that it addresses. Even so, Changing Difference suggests that Malabou’s concept of plasticity has considerable potential to advance our thinking about gender and essentialism. This potential is not fully realised in this book, but I hope that Malabou may tackle this more systematically in the future.

Alison Stone is Reader in European Philosophy at Lancaster University. She is the author of Petrified Intelligence: Nature in Hegel’s Philosophy, Luce Irigaray and the Philosophy of Sexual Difference, An Introduction to Feminist Philosophy, and most recently Feminism, Psychoanalysis and Maternal Subjectivity. Read more reviews by Alison.