The Bank of England is a uniquely powerful, influential and secretive institution, and in this inside account of the Bank, Dan Conaghan draws on interviews with senior Bank staff, shedding new light on the Bank’s role in the financial crisis. With its depth of source material and accessible style, Alastair Hill finds that Conaghan’s recent history of the Bank is timely, informative, and highly readable.

Listen to Dan Conaghan speak to LSE Review of Books about how the book came together, why he felt it was important to speak to staff at the Bank, and the problems he sees with the Occupy movement.

The Bank: Inside the Bank of England. Dan Conaghan. Biteback. February 2012.

The central thesis of Dan Conaghan’s recent history of the Bank of England, entitled The Bank: Inside the Bank of England, is that the character of the Bank and its Governor are very much intertwined. In particular, Conaghan asserts that it is the outgoing Governor Sir Mervyn King who was at the heart of many of the Bank’s recent failures. Tracing his ascent to the Bank’s top role, Conaghan charts King’s humble upbringing in the Black Country, through his academic career and his subsequent, if somewhat reluctant, move into central banking. The suggestion throughout is that King’s more theoretical and purist approach would have been better suited to academia, rather than the more applied world of central banking.

Conaghan describes how King developed strong intellectual affinities with monetary economics, as well as the theory of moral hazard. With little interest in the day-to-day workings of financial markets or the supervision of the finance companies and banks, which he saw as ‘irresponsible, greedy and irredeemably short-termist’, King’s governorship saw him further withdraw the Bank from practical central banking towards his own more academic economic interests.

Conaghan also highlights that King was given a significant push in this direction when New Labour granted the Bank independence with the sole remit to focus on monetary policy. Much to King’s delight, supervision of the financial sector and the banks was moved to the newly created Financial Services Authority, management of the public purse remained the responsibility of the Treasury and together they formed the new ‘Tripartite System’.

With King now free to follow the academic interests he developed so keenly over his career, focusing exclusively on monetary policy and long-term financial stability, the Bank paid increasingly less attention to the activity of the City. It was this shift in emphasis that Conaghan suggests was ultimately and brutally exposed during the period 2007-2012.

In the second section of the book, Conaghan charts in rigorous detail the series of financial crises that faced the Bank during this period, including it’s much criticised handling of the Northern Rock debacle. Having recently suggested that ‘he did not shout loud enough’ about the excessive risks building up in the financial system Conaghan goes further and also highlights that as late as August 2007 King was still saying that he saw increased securitisation in the financial sector ‘as no bad thing’.

Yet while King may be excused for not foreseeing the extent of the crises to come, Conaghan makes clear in no uncertain terms that King’s rigidity of intellectual perspective which led him to preside over the Bank’s woefully inadequate response to a series of crises.

Conaghan’s criticism is not reserved solely for King however, and he uses the minutes of the proceedings of the Treasury Select Committee to expose the failures in communications at the heart of the tripartite, King was often at the heart of this as a result of his failure to not devote enough attention to developments in the financial markets. One anecdote is particularly instructive here. As The European Central Bank (ECB) and the Federal Reserve were making huge liquidity injections to tackle a liquidity crisis following BNP Paribas Investment Partners freezing their three investment funds in August 2007, King was instead busy watching England play the West Indies in the Third Test at the Oval. King is perhaps spared sole blame for the Northern Rock fiasco a year later however, when Conaghan highlights Michael Fallon MPs cutting question to King during a Committee evidence session of “so just who was in charge then?”

Such events have seen the tripartite system widely discredited, but as Conaghan makes clear it does not absolve King and the Bank from blame for their handling of the crisis. Despite this, as Conaghan points out, ‘in many ways the Bank that will be the main beneficiary of the crisis’.

His final section addresses this fact that in 2013 the Bank is set to be awarded significant new powers from the Financial Services Bill currently making its way through Parliament. In dissolving the FSA and placing financial supervision back in the purview of the Bank it is hoped that such policy failures will not be repeated. Despite this, having developed the central thesis that Bank and Governor are so intertwined, it is perhaps curious that Conaghan fails to provide more critical analysis of policies which will ultimately see the Bank and its Governor awarded significant new powers with little in the way of increased accountability. The suggestion seems to be that much rides on the character of the next Governor, with Conaghan suggesting that the present Commercial Secretary to the Treasury, Lord Sassoon, could be a likely candidate. If selected he would be the first external candidate to become Governor for over 30 years, and with a wealth of city and financial experience he would stand in sharp contrast to the more academically-minded King.

Perhaps what is most clearly absent in Conaghan’s work though is more critical analysis of the economic theories which underpinned the Bank’s approach. In criticising King’s overly academic approach, we are left with the distinct impression that economic theory has little to offer in the practical world of modern financial markets. This wholesale rejection of theory is perhaps troubling. Clearly the monetarist fundamentalism and “efficient markets” theories which had been in vogue since the 1980’s, and favoured by the Bank, have been much discredited by recent events. Yet the trend by many policy commentators now is to assert that what the crisis has taught policy-makers is to reject economic theory pretty much altogether as it is not applicable to practicalities of modern finance. Conaghan seems to buy into this suggestion, yet clearly there must also be an argument that the authorities were simply seduced by the wrong ideas. Indeed, the theory that Conaghan’s work reserves strongest criticism for is King’s lifelong commitment to moral hazard. On the one hand Conaghan is right to criticise King’s steadfast emphasis on moral hazard theory, even when faced by a full-blown crisis, and as a result he saw the Bank delay much needed action. However, the fact remains that moral hazard is a significant problem in the financial sector, albeit a long term structural issue, rather than a guide for short term crisis management.

Conaghan’s lack of critical depth is also distinctly apparent in his chapter on the Bank’s Quantitative Easing (QE) programme. While he describes the ‘paradox of policy’, his analysis is very much based on the practical mechanics of QE, particularly on how the Bank actually went about buying such huge numbers of gilts and how it led to an upsurge in failed trades, as well as on the legality of the scheme. His suggestion that it is a scheme which ‘will likely preoccupy economics professors and PhD students for years to come’ seems unsatisfactory given the current intensity of live debate.

However, Conaghan’s work here should not be overlooked. While looking for more rigorous economic analysis of the Bank’s recent history may wish to read on, newcomers to the literature and those seeking an enjoyable and engaging read interspersed with anecdotes will not be disappointed. Many anecdotes and stories will stay with the reader, not least Eddie George’s quip that he was going to Truro being overheard by a journalist who recorded it as ‘we’re going to leave the Euro’, as well as details of Sir Mervyn King’s perhaps unlikely friendship with ex-Aston Midfielder Thomas ‘the Hammer’ Hitzelsperger. With its depth of source material and high quality of analysis dealing with a highly secretive and complex institution, Conaghan’s recent history of the Bank is timely, informative, and highly readable.

Posted In: Britain and Ireland | Contributions from LSE Alumni | Economics 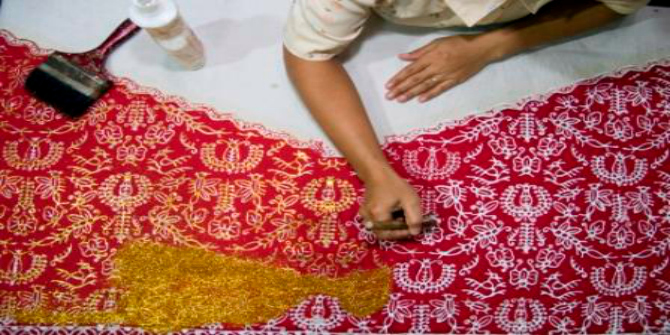