Dismissed as a miserable elitist who condemned popular culture in the name of high art, Theodor W. Adorno is one of the most provocative and important yet least understood of contemporary thinkers. This book aims to challenge this popular image and re-examines Adorno as a utopian philosopher who believed authentic art could save the world. Jade Montserrat finds that the author is extremely generous in his descriptions of the artists’ vision and treatment. The Reframed series, published by I.B. Tauris, presents accessible entries into prominent philosophic enquiry, “conceived specifically for the visually minded”. Adorno Reframed, by Geoffrey Boucher, is a resourceful and pragmatic compendium for students and arts practitioners eager to entertain radical and subsequently non-prescriptive thinking. That Adorno’s theories have been previously considered “negative” in the bleakest sense is beside the point and Boucher attempts to marginally dispel this belief with clarity and fortitude.

Adorno Reframed is neatly divided into four significant chapters pertinent to the theorist’s principle enquiries, with an introduction to atonal philosophy. Akin to the music, modernist art, and literature of the time, Adorno sought “to develop the phenomenological insight without surrendering to the lure of the immediate, and abandoning the historical and social contextualisation of ideas” (p.22). From Adorno’s own perspective he ‘composed’ his philosophical works akin to atonal music. Each section opens with clear and concise passages, before full-throttle exploration commences. Boucher grabs hold of the wheel here, steering the reader past mis-readings, avoiding, yet alerting the reader to, potholed received opinion en-route. Boucher references Adorno’s pre-eminence within the Frankfurt School, presents background to his biases, his influences, allies and critics forthrightly and with a balanced engagement. Boucher acutely posits the indelibility of Adorno’s writing by honing in on applicable artists.

The reader is thoughtfully granted redress into Adorno’s perhaps exhausted world view of capitulation by addressing potential edifying affects of modernism and, crucially, individualism. Individualism offered Adorno, and in turn offers humanity, a principle of hope and the possibility of ‘reconciliation’ with the natural environment.

Through an awareness of Adorno’s championing of a multi-disciplinary research program we may begin to perceive the seizures mitigated on society by totalitarianism. The reader may begin to consider Adorno’s reasoning profound, arguing for individual autonomy against conformity: in his collaboration with Max Horkheimer, Dialectic of Enlightenment, as discussed, together they set out “…to clarify the real causes of totalitarian domination” (p.3).

Adorno’s theories are disquieting, grave, and sincerely pessimistic. He wrote in an often abstruse style, at times analogous to a finished drawing: displaying a numbed vibrancy as he worked through the cause and effect of ideas corresponding to aesthetics with an emphasis on the culture industry generated from the dehumanisation of capitalism.

Boucher explores and clarifies Adorno’s reconstruction of the evolution of music observed through the opposition between Schonberg and Stravinsky, in visual terms, translating echoes of opposition between artists Wassily Kandinsky and Emil Nolde. How well the visual alternative works is left for the reader to decide and explore in more detail. As with all reproductions, grasping the full strength of accompanying text is frequently inadequate. Boucher is, however, extremely generous in his descriptions of the artists’ vision and treatment. The reader is guided towards a reading of Kandinsky’s Composition VII and Composition VIII as indicative of Schonberg’s music “illustrating what Adorno is advocating in terms of rational construction and spontaneous expressivity” (p.83). Eschewing representational art, it is suggested that Kandinsky’s abstraction “is the solution to the crisis in painting generated by the invention of photograph.” (p.84) The reader is steered towards an interpretation of Kandinsky’s work as the antithesis of “an entertainment complex designed to impress”: accentuating Adorno’s overall disdainful theory of the culture industry.

The reader comes to understand that Adorno’s is terse, provocative and sometimes misleadingly contradictory writing: “the aphoristic Adorno” (p.7). Adorno attacked and, one might conjecture, even feared a trivialisation of culture and Boucher in this regard augments a shift in perception towards regarding him a utopian thinker. Perceiving the culture industry as monolithic, Adorno purposefully articulates its dangerous and combustible nature, referencing the era of industrial capitalism in which he lived and the atrocities which he witnessed. With negative dialectics and aesthetic modernism (accompanied by, thankfully, easily digested paragraphs on mimesis) at the core of this re-framing, the reader may begin to understand these as a helpful position with which to view art and articulate the perils of cultural conformity critically and progressively.

Chapter 3, ‘Aesthetic Theory’ looks to the work of Anselm Keifer, an artist whose work parallels Adorno’s own bent: “…art must inhabit a field of contradictions constituted by the tension between critical negativity and utopian anticipation. (p.97)” In persuasively using Keifer as illustrative of Adorno’s aesthetic theory, and referencing Marx ‘riding shotgun’ to his thinking, Boucher has contained inherent keys to his aesthetics: the revolutionary principle of hope, utopian reconciliation through autonomous self-reflexivity, assimilated individuality in opposition to commodification and the requirement of ‘creative praxis’ in the formation of artworks. “‘Artworks are,’ says Adorno, ‘the plenipotentiaries of things that are no longer distorted by exchange, profit, and the false needs of a degraded humanity’ (Adorno, 1984: 227).” (p.108) This is not to say that the reader is not alerted to the falsity of ‘high art’, to its market led elevated status and the role of the artist as a performer within the capitalist divisions of social labour. The reader is introduced to his dialectics of material and technique, content and form, the later of which, expressly abets understanding of the differentiation between art and commodity.

Adorno’s theories are uncompromising. Boucher finally reflects, contentiously, on the post-modern condition. He unflinchingly draws to one’s attention Adorno’s perhaps idealistic trope, a hope for a better world, as a hope that has the potential of obliteration by post-modernism. He touches on Adorno’s flimsy stance on women (“men-that-lack”, p.142), somewhat alienating and historically marginalising his dialectics. Despite this failing, Adorno’s work is championed here through regard of the substantial contributions he made to philosophy, sociology, cultural criticism and aesthetics with the predominance on human happiness being a crucial means of reference to those inclined. The reader is alerted to his ecological focus, of considerable relevance today, which still requires development. 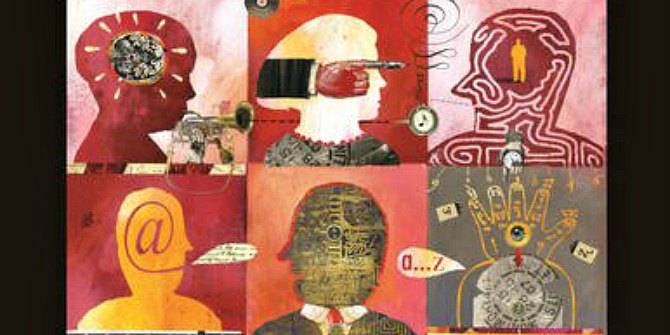