José Esteban Muñoz’s Cruising Utopia: The Then and There of Queer Futurity breathed new life into North American queer studies when first published in 2009, rejecting the stagnant present in arguing for queerness as a future-oriented, profoundly utopian mode of being and doing in the world. More than ten years on from its original publication, this influential book remains a joyful and provocative read, not just for students of queer cultural history, but anyone keen to accept Muñoz’s invitation to collectively step out of ‘this place and time to something fuller, vaster, more sensual, and brighter’, writes Alex Hoyos Twomey. 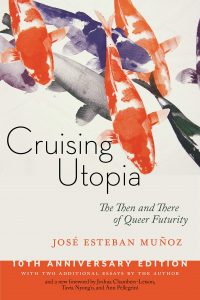 José Esteban Muñoz’s Cruising Utopia: The Then and There of Queer Futurity breathed new life into North American queer studies when first published in 2009. Rejecting the academic nihilism and political pragmatism of the time, Muñoz insisted that the queer cultural and political imagination move beyond the stagnant present in order to imagine a brighter future. Building on the queer-of-colour critique developed in his previous book, Disidentifications: Queers of Color and the Performance of Politics, Cruising Utopia was situated at the intersection of performance studies, critical utopianism and a then-emergent literature on queer temporality.

In the decade since its publication, Cruising Utopia has been influential across and beyond a range of academic disciplines. This tenth anniversary edition — published six years after Muñoz’s death in 2013 — includes two unpublished essays that extend the scope of the original project. Other additions include colour reproductions of work that previously appeared in black and white, and a new foreword, ‘Before and After’, in which Joshua Chambers-Letson, Tavia Nyong’o and Ann Pelligrini reflect on the book’s legacy. The foreword offers an intimate introduction to Cruising Utopia, with the three authors having been close friends and colleagues of Muñoz at New York University and the current editors of Sexual Cultures, an influential book series Muñoz co-founded with Pelligrini.

Opening with the audacious claim that ‘queerness is not yet here’, the first page of Cruising Utopia introduces the reader to the book’s central thesis – that queerness is a future-oriented, profoundly utopian mode of being and doing in the world. The opening passage speaks to Muñoz’s investment in concrete utopias (following Marxist philosopher Ernst Bloch, who acts as Cruising Utopia’s primary intellectual influence), which he understands as linked to specific historical liberation struggles and (real or potential) collectivity.

To explore this, Muñoz investigates a strain of queer utopianism that he locates in art, poetry and performance from the years surrounding the 1969 Stonewall uprising. The book’s ten chapters each focus on a different theoretical or aesthetic aspect of this work, encompassing queer stages, gesture and ephemera, public sex, failure and virtuosity as well as queer world-making. Cruising Utopia’s vast archive is a key reason for its lasting appeal, and it includes fresh readings of household names (artist Andy Warhol, writer Frank O’Hara) alongside underground figures such as ‘correspondence artist’ Ray Johnstone and filmmaker Jack Smith. It might seem odd that a book about futurity is so firmly situated in the past, but for Muñoz, queerness’s utopian potential ‘can be distilled from the past and used to imagine a future’ (1). To this end, Muñoz puts the historical archive — the New York School poets, the Judson Memorial Church dance theatre and Warhol’s Factory — into conversation with contemporary queer art and performance (mostly that of Black and Latinx artists) and personal recollections of growing up a gay Cuban American punk in suburban Miami. 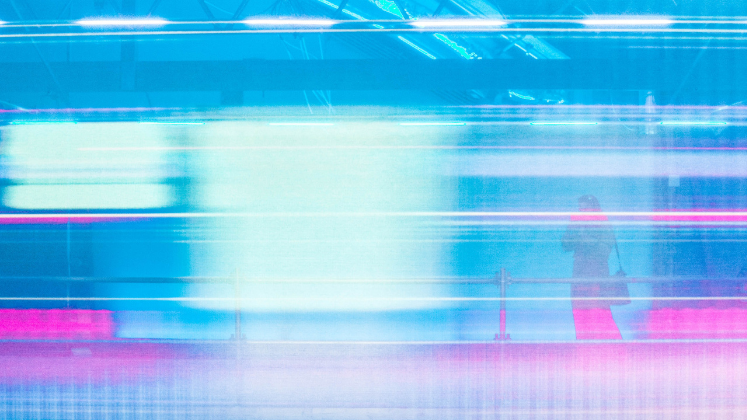 Just as significant as the breadth of work discussed is the way in which the book ‘moves promiscuously and enthusiastically across its sources’ (xii). Muñoz allows his movement through the archive to be directed by something more relational and associative than mere chronology. For example, the fourth chapter, ‘Gesture, Ephemera and Queer Feeling’, opens with a childhood memory that segues into a description of contemporary ‘lounge-punk’ cabaret duo Kiki and Herb. Muñoz then doubles back on himself with a close reading of a 1976 Elizabeth Bishop poem, which finally opens out into a detailed description of a recent live performance by New York drag artist Kevin Aviance. As he moves continually between one historical moment and the present, Muñoz gleefully undermines the linear, sequential logic of traditional cultural history. With its emphasis on ‘getting lost’ within a network of social and sexual relations, Cruising Utopia performs a mode of evidencing queer lives and culture that is comparable to the act of cruising itself.

Another reason for Cruising Utopia‘s enduring influence is the critique it offered of the ‘anti-relational thesis’ that dominated North American queer studies in the early 2000s, exemplified by Lee Edelman’s 2004 No Future: Queer Theory and the Death Drive. (This so-called ‘anti-anti-relational turn’ is also discussed in Drew Daniel’s contemporaneous review of Cruising Utopia, or more recently in Will Clark’s longform review of Mari Ruti’s queer literary history, The Ethics of Opting Out.) In No Future, Edelman argues that if queer people have been positioned in opposition to the ‘reproductive futurity’ of heterosexuality, they should abandon the future altogether in favour of a more nihilistic, radical engagement with the present. Muñoz challenges the erasure of race, class and gender in Edelman’s work, which posits sexuality as the primary signifier of difference. Likewise, Muñoz rejects anti-relationality’s romanticisation of the negative; for him, queerness is about collectively imagining a future that moves beyond the negative present. In this turn towards futurity, Muñoz finds no common ground with a neoliberal vision of queer liberation predicated on LGBT integration into problematic institutions like marriage or the military. He is not interested in ‘mere inclusion in a corrupt and bankrupt social order’, insisting that ‘we must dream and enact new and better pleasures, other ways of being in the world, and ultimately new worlds’ (1).

As a work of theory, Cruising Utopia is dense, and its array of artistic and theoretical sources could be off-putting for the unfamiliar reader. And yet, the general reception of Cruising Utopia has focused on the book’s emphasis on hope and futurity. Short passages circulate on social media like inspirational quotes. The title was used for a recent exhibition of work by Peter Hujar, whose gorgeous black-and-white photographs capture downtown New York’s ‘cruising utopia’ of the 1960s and 1970s. It’s even possible to purchase a poster, t-shirt or mask featuring the book’s front cover. That a book like Cruising Utopia resonates beyond academia is no bad thing, but Chambers-Letson, Nyong’o and Pelligrini remind us to not allow overly romantic readings to obscure Muñoz’s critical utopianism. In ‘Before and After’, they write of his ‘disappointment that his defense of utopia was enthusiastically read by some as uncritical optimism’ (x). Central to Muñoz’s articulation of utopia (again following Bloch) is the significance of hope. Crucially, he insists that within queer utopia, hope is in a dialectical tension with its opposite, disappointment; one cannot exist without the other.

In ‘Hope in the Face of Heartbreak’, one of two unpublished essays included in this new edition, Muñoz builds on this point, arguing that hope’s disappointment is down to an incommensurability – the fact that in practice, things rarely turn out as expected or desired. For Muñoz, painful as it is, incommensurability (or ‘non-equivalence’) is a condition of living in relation to others; acknowledging this allows us to ‘achieve hope in the face of an often heartbreaking reality’ (207).

In the other new essay, ‘Race, Sex, and the Incommensurate: Gary Fisher with Eve Kosofsky Sedgwick’, Muñoz utilises incommensurability as a way of thinking about queer politics. He discusses the uneasy reception to the 1996 book Gary in Your Pocket, written before Fisher’s death from AIDS-related complications in 1994, and edited by his graduate supervisor and friend Sedgwick. Acknowledging the incommensurable differences between the two — on the grounds of institutional power, race (Fisher was Black, Sedgwick white) and gender — Muñoz nevertheless suggests that the collaboration points to a kind of ‘being-in-common-in-difference’ that he calls communism. With their discussions of incommensurability and the collective world of the queer of colour commons, in these essays Muñoz sketches ideas that he would develop more fully in his final work, the posthumous The Sense of Brown (2020).

These new essays alone justify getting hold of this tenth anniversary edition of Cruising Utopia, alongside the new foreword, which offers an excellent introduction to the ideas (and outsized reputation) of the original text. Chambers-Letson, Nyong’o and Pelligrini argue that ‘queerness, blackness, brownness, minoritarian becoming, and the utopian imaginary […] all cohere around a certain “failure to be normal”’ (xiv). In Cruising Utopia, Muñoz explores the queer utopian potential offered by this failure. More than ten years on from its original publication, in the face of our own stagnant and negative present, the book remains a joyful and provocative read, not just for students of queer cultural history, but anyone keen to accept Muñoz’s invitation to collectively step out of ‘this place and time to something fuller, vaster, more sensual, and brighter’ (189).

Posted In: Art, Lit and Film | Gender and Sexuality