While the idea of ‘Europe’ usually carries positive connotations of gender and sexual openness, it most often stands exclusively for Western Europe. Central and Eastern Europe (CEE), in turn, tends to be imagined as essentially sexist and homophobic, backward rather than progressive. At best, CEE is perceived as lagging behind the West – ‘long a stronghold of virulent homophobia’, in the words of the Washington Post – stuck in perpetual catching up with the ever-developing developed world. Scholarship into queer genders and sexualities in CEE, which has gained momentum since the beginning of the new millennium, challenges such simplified myths about the region. Drawing on their research into actual queer representations and lived experiences, the authors mentioned in this reading list emphasise the complexity of queer existence in this semi-peripheral location, its ‘loops, labyrinths, delays, and accelerated advances’, as Bojan Bilić puts it in his co-edited volume mentioned below.

This selection of ten books on Queer Studies of Central and Eastern Europe highlights the diversity of this growing area of studies, which nonetheless gravitates towards the stronger representation of gay men and, to a lesser extent, lesbians (in terms of queer identifications) as well as Russia (in terms of geographical focus). It is meant as a starting point for engagement with queer lives behind the fallen, yet symbolically persisting, Iron Curtain. I start the list with five edited collections and continue it with five monographs, presented chronologically. I strongly encourage readers to add their own suggestions in the comment section of this post, including books in local languages, to arrive at a more collective, de-centred and diverse resource.

This reading list is published as part of a theme week focusing on LGBT+ scholarship following #IDAHOBIT2019. You can explore more of the week’s content here. 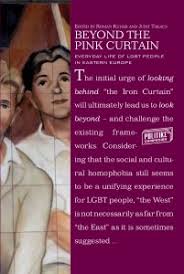 Beyond the Pink Curtain is one of the first edited collections in English on queer sexualities in Central and Eastern Europe, where Roman Kuhar and Judit Takács bring together 21 chapters covering a wide range of countries and diversity of groups, including separate chapters on bisexual and transgender people. Drawing on social scientific and empirical research, book contributors present the lived experiences of queers, still haunted by the metaphor of being locked behind the Iron Curtain. 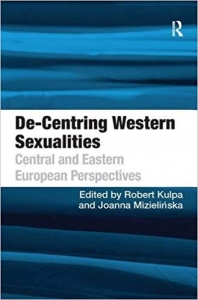 In De-centring Western Sexualities, Robert Kulpa and Joanna Mizielińska invites scholars to rethink queer sexualities from the vantage point of Central and Eastern Europe. They critique what they name a ‘Western progress narrative’, according to which Central and Eastern Europe lags behind the West in terms of gender and sexual openness (because of its socialist past) and remains in the state of perpetual belatedness, always ‘in transition’ and one step behind the West. 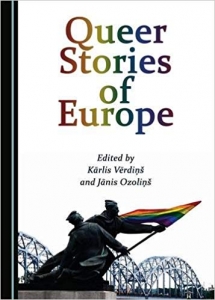 Queer Stories of Europe is a collection edited by Kārlis Vērdiņš and Jānis Ozoliņš, which analyses the representations of queer culture in Europe, especially in the Baltic States and particularly in Latvia. The primary focus of the book are literary works published in the twentieth century, which are analysed from diverse theoretical perspectives, including art history, theology and narratology. The editors emphasise the connections between Eastern and Western European countries and argue for more comparative works on queer stories of Europe. 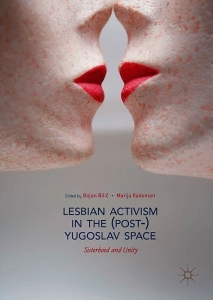 In Lesbian Activism in the (Post-)Yugoslav Space, Bojan Bilić and Marija Radoman gather empirical studies on three decades of lesbian activism in the (Post-)Yugoslav space. The collection offers intergenerational, intersectional and transnational perspectives on lesbian activism in a turbulent region. By zooming in on the intertwinement of local, national and transnational contexts, book contributors emphasise the struggles of lesbian solidarity in the face of patriarchal nationalism, conservatism and neoliberalism. Bilić has also edited LGBT Activism and Europeanisation in the Post-Yugoslav Space (2016) and Intersectionality and LGBT Activist Politics: Multiple Others in Croatia and Serbia (2016, together with Sanja Kajinić). 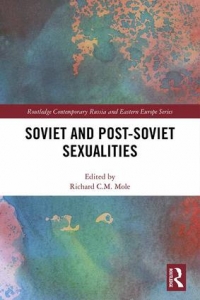 Soviet and Post-Soviet Sexualities, edited by Richard Mole, brings together historical and contemporary analyses on the construction of non-normative sexualities in Russia, Transcaucasia, Central Asia and the Baltic States. The book provides detailed empirical material to make sense of the paradox that while post-revolutionary Russia was one of the first major powers to decriminalise same-sex acts between men, the attitudes towards non-normative genders and sexualities became increasingly hostile in the Soviet Union as well as in contemporary Russia and other post-Soviet countries. 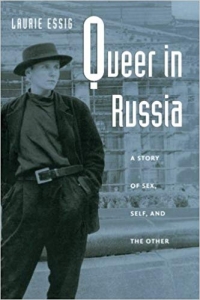 Queer in Russia: A Story of Sex, Self, and the Other. Laurie Essig. Duke University Press. 1999.

Queer in Russia is one of the first book-length accounts in English focusing on the development of modern-style gay identities and communities in Russia. Building on her extensive ethnographic research in the 1980s and 1990s, Laurie Essig shows how legal and medical institutions reimagined homosexuality in Russia as well as how same-sex cultures have been organised informally in restaurants, clubs and cruising strips. 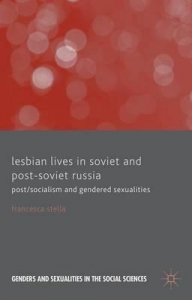 In Lesbian Lives in Soviet and Post-Soviet Russia, Francesca Stella focuses on the everyday urban lives of lesbians before and after the fall of the Soviet Union. She employs the approach of critical regionalism to scrutinise the complexities of lesbian experiences at different scales including nation, city and body. While attending to regional variations of what lesbian life looks like in different locations, Stella cautions against Russian exceptionalism, which pits Russian lesbians against their Western counterparts. 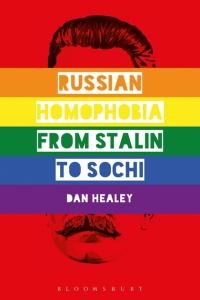 In his latest book, Russian Homophobia from Stalin to Sochi, Dan Healey dissects the origins and evolution of homophobic attitudes in contemporary Russia. Drawing on his analysis of archival documentation, he argues that the rise of homophobia in contemporary Russia should be attributed to specific political and ideological conditions rather than an imaginary ‘Soviet mindset’. Healy is also author of other pioneering books on queer sexualities in Russia, including Homosexual Desire in Revolutionary Russia (2001) and Bolshevik Sexual Forensics (2009). 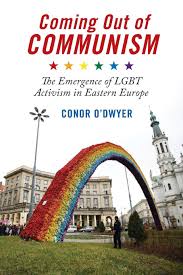 In my own book, Transnational Homosexuals in Communist Poland – reviewed on LSE Review of Books here – I present a comprehensive analysis of gay and lesbian magazines published in communist Poland in the 1980s in a comparative and transnational perspective. Tracking global flows of identity paradigms and activism models, I debunk the myths of the homogeneity and essence of Central and Eastern Europe. I also demonstrate that queer activists in the region were not locked behind the Iron Curtain before 1989 but actively participated in the transnational construction of homosexuality.

Lukasz Szulc is a Lecturer in Digital Media and Society in the Department of Sociological Studies at the University of Sheffield. His interests include cultural and critical studies of media, sexuality, nationalism and transnationalism. He has recently completed his EU Marie Curie Individual Fellowship in the LSE Department of Media and Communications, which focused on ‘Identity Management on Social Media by Diasporic LGBTQs’. Lukasz is author of the book Transnational Homosexuals in Communist Poland: Cross-Border Flows in Gay and Lesbian Magazines (Palgrave, 2018) and co-editor of the collection LGBTQs, Media and Culture in Europe (Routledge, 2017).