With the Wimbledon finals now played, the Tour de France heading to London today, and the 2014 World Cup happening this weekend, sport is a central part of summer for many. Here, we bring together a selection of books on the social, cultural, and historical aspects of sport.

Interested in how cycling can be incorporated into megacities?

City Cycling by John Pucher and Ralph Buehler
Cycling in cities is booming, for many reasons: health and environmental benefits, time and cost savings, more and better bike lanes and paths, and innovative bike sharing programs. City Cycling offers reports on cycling trends and policies in cities in North America, Europe, and Australia. The authors offer detailed examinations and illustrations of cycling conditions in different urban environments: from small cities such as Delft in the Netherlands, to megacities such as Tokyo. Alexander Grous finds this to be a relevant, interesting and instructive addition to the cycling literature. Read the full review.

Why the Olympics Aren’t Good for Us, And How They Can Be by Mark Perryman
Sports activist and writer Mark Perryman presents a sharply critical take on the way the  London Olympic Games have been organized, and provides what he sees as a blueprint for how they could be improved. The London Olympics have been promoted as of great benefit for the host city and nation, but will they deliver on legacy and sustainability promises? Rebecca Litchfield considers Perryman’s plans for how the Games can be made more inclusive and exciting to watch. Read the full review.

Sport and Politics in Modern Britain: the Road to 2012 by Kevin Jefferys
For many, the 2012 Olympics was UK sport’s “Golden Summer”, heavily promoted and supported by UK politicians. But, this has not always been the case, with state engagement with UK sport ebbing and flowing over political administrations through the decades of the 20th century. Daniel Burdsey finds that Kevin Jefferys’ new text is an impressive overview of the politics and politicians that have shaped sports policy over the past 70 years in the UK. Covering both domestic and international sports policy as well as sport’s links with the welfare state, he writes that this book would be essential reading for those planning sports policy in Whitehall today. Read the full review.

Sport Italia: the Italian Love Affair With Sport by Simon  Martin
What is the relationship between sport and the state? Richard Holt finds that Simon Martin’s history of sport and society in Italy is an engaging, enlightening and scholarly addition to Italian history, and will be of particular value to those working in the history of sport. Read the full review. 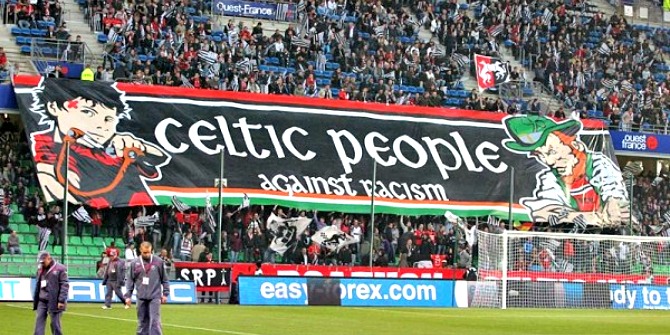