Leonardo Custódio finds that Favela Digital is a book to be celebrated for the way it reaches audiences in new and exciting ways. The book is an excellent example of how researchers, activists and local populations can build partnerships that benefit all those involved with new knowledge and ideas about ways of critically engaging with digital media on everyday life. Sometimes academic books must not be evaluated only according to their conclusions or arguments, but also for the meanings they carry in themselves. That is, to paraphrase Marshall McLuhan, sometimes the book is the message. I am specifically thinking about studies regarding the lifeworlds and actions of people who suffer from and struggle against the consequences of social inequality, such as favela dwellers in Brazil, to take one example. In my own fieldwork, I often hear favela dwellers complain about how most researchers treat them as guinea pigs. In these circumstances, the way academics write books and undertake research can potentially transform a situation of insensitivity and mistrust into a relationship of mutual respect.

Such complaints from favela dwellers are not unjustified. Researchers do face some dangers while conducting studies about the urban poor. One of these is the reproduction of negative representations that permeate their everyday lives. In our efforts to denounce social injustices we may end up reinforcing discourses of victimization or exotization, for instance. Another danger – actually a recurring problem – is that we prevent favela dwellers from being able to access the final piece or book. We do not often bother translating our texts and making them accessible to our informants. Consequently, we risk reproducing a colonialist logic as scholars who exploit life stories and testimonies for the sake of science without returning the knowledge we produced for the local communities’ own evaluation or use.

How can our writing work against these dangers in research? One way is to use our books as opportunities to build dialogue between us academics and the people whose actions we study. This is what makes David Nemer‘s Favela Digital: the Other Side of Technology an exciting and refreshing piece of academic work. As a message, the book conveys that “when we do research, we can and must also communicate with the people in whose actions and lives we are interested”. The book is an excellent example of how researchers, activists and local populations can build partnerships that benefit all those involved with new knowledge and ideas about ways of – in this specific case – critically engaging with digital media on everyday life.

At first sight, Favela Digital is a simple but visually beautiful book. The 128 pages combine short quotes and comments with photographs that portray the use of media technologies in the favelas of Vitória, a city in Southeast Brazil. It soon becomes clear that the simple approach does not lack critical reflection. The quotes include excerpts of interviews with dwellers alongside scholarly statements. By putting them together as an argument, Nemer criticizes both the techno-centric approaches to new media and the colonialist approaches to the urban poor. His argument is clear. We should not ignore people’s agency – including that of the urban poor – when we evaluate and promote the uses of media technology for social change.

The book could be stronger in places, and would have benefitted from more contextual information. For a reader not familiar with Brazil, it would be useful to have explained the similarities and differences between favelas and other forms of slums around the world. The author could have also reflected on the relevance of focusing on a city not usually associated with favelas, compared to São Paulo and Rio de Janeiro. In addition, the book lacks an explanation of what the organizations involved in the project are. Are “Ateliê de Idéias” and “Varal Agência de Comunicacão” non-governmental organizations (NGO) or grassroots collectives created by favela dwellers? What is their relationship with the local populations? Answering these questions would have allowed an unfamiliar reader to grasp the deeper sociopolitical context of the study.

However, these issues do not undermine the most important characteristic of the book. Favela Digital displays the efforts of a researcher who shows respect and shares the acquired knowledge with the favela dwellers themselves. The beautiful photographs portray the people in a very sensitive and responsible way. In a context where the urban poor are constantly criminalized or stigmatized, these images can potentially create a sense of empowerment and pride among favela dwellers. The short texts both in English and Portuguese also create an opportunity for favela dwellers to read, evaluate, and use the book as a starting point for their own discussions about their own uses of digital media. I believe that this book would be an important addition to the curriculum of public schools in Brazil (where most urban poor populations study), for example. As the Brazilian critical pedagogy educator Paulo Freire argued, people engage with education more enthusiastically when they study subjects that relate to their everyday life experiences. Thus, Nemer’s book definitely contributes to the promotion of critical thinking among favela dwellers.

In conclusion, Favela Digital may not follow the standardized structure of proper academic work, but why should it? Perhaps if it did, it would be just one more book collecting dust on the shelves of university libraries. However, as it is, the book accomplishes what many of us academics want to do and many others do not even realize we should do: to communicate our theories with wider society, especially with those on the less privileged side of socioeconomic divides, in readable, accessible, and still critical ways. The book is an example of how academic research can also generate a valuable asset in processes of social change. For those of us doing research about favelas or other kinds of slums elsewhere, Favela Digital is certainly an inspiration. 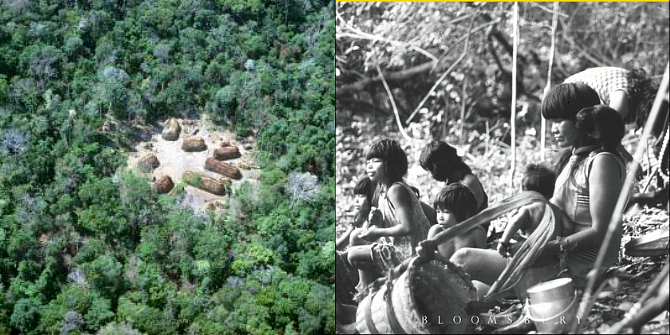