Nearly one billion people reside in slums around the globe, but how has this reality been depicted on the cinema screen? In Slums on Screen: World Cinema and the Planet of Slums, Igor Krstić offers a polycentric, interdisciplinary approach to exploring how slums have been represented on film over the last 100 years, including such critical and commercial hits as Slumdog Millionaire and Cidade de Deus (City of God) as well as examples drawn from Bombay Cinema. While he would have welcomed further comment on film reception, Shannon Philip finds this a fascinating read that challenges a number of assumptions about our ‘planet of slums’. 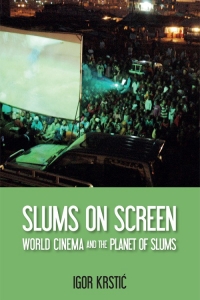 The word ‘slum’ usually raises strong and emotive images. Yet few of us may have ever visited a slum, let alone lived in one. What, then, do we mean by ‘slums’, and how do we understand them? From where are our opinions and thoughts about slums shaped? These are some of the key concerns that guide Igor Krstić’s detailed exploration of global slums and their visual representations in cinema in Slums on Screen: World Cinema and the Planet of Slums.

Apart from quizzing the familiar yet mystified idea of the ‘slum’, the book makes for an engaging read in forcing the reader to critically recount impressions of slums in iconic films like Danny Boyle’s Slumdog Millionaire (2008) or Pedro Costa’s ‘The Fontainhas Trilogy’ (1997-2006). This book skillfully provides a detailed and wide-ranging account of slum representation across films drawn from most continents and spanning a timeframe of over one hundred years. Analytically too, the book engages with a range of academic thought from the politics of urbanisation and globalisation to approaches drawn from cultural and film studies. Yet this immense breadth does not overwhelm or dilute the arguments because Krstić anchors his exploration of global slums and their visual representations in specific examples.

I found Krstić’s methodological approach exciting as it challenges many conventional binaries. He uses a polycentric approach that breaks from the conventional European tradition of looking at films from the Global South as the ‘other’ on the ‘peripheries’. Such an approach also allows him to legitimately choose films that do not obviously follow a teleological or historically linear framework. Rather, Krstić makes a strong and successful case for presenting a wide sample of ‘world films’. Krstić’s polycentric approach also avoids demarcating arbitrary lines between local, national and regional cinema. Instead he engages with contemporary social science literature on globalisation and cultural studies to demonstrate how these are forces in play with each other in a globalising world. Krstić therefore carefully avoids any attempts at a totalising grand theory and the book’s approach becomes truly relational. 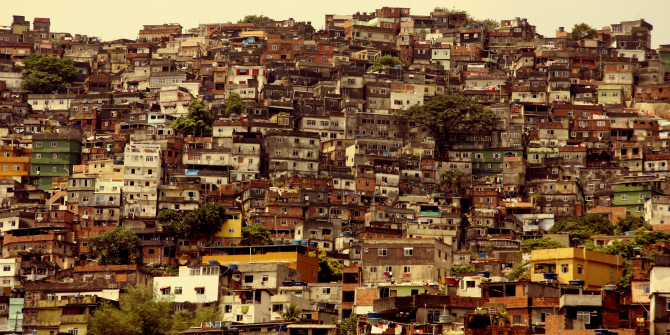 Image Credit: ‘favelascape’ by eflon licensed under CC BY 2.0

The first part of the book, ‘Global Currents’, lays out the general tendencies in world cinema along with specific well-contexualised and historicised case studies. This section starts from the 1890s and stretches all the way into the 2000s. It covers the major trends that have shaped cinematic images in relation to slums, ranging from early photographic styles of representation in Chapter Two; social documentary styles in Chapter Three; more ‘narrativised documentary’ in Chapter Four; before arriving at the postmodern transformation in slum representation in the 1980s and 2000s as well as the most recent shift ‘back to the real’ in the ‘Digital Age’ in Chapter Six. All these chapters use a descriptive scene or cinematic dialogue from films as the point of departure to explore case studies that contexualise the larger cinematic trends that the author writes about.

These shifts are then grounded in the ‘local’ context in the second part of the book. Titled ‘Local Expression’, the second part of Krstić’s text, true to its polycentric approach, analyses the constant exchanges between the ‘local’ and the ‘global’. In two chapters, ‘Favelas on Screen’ and ‘Bombay Cinema’, the author hones in on how slums have been depicted on screen in contemporary Brazilian and Indian cinema. To do so, Krstić uses the 2002 Brazilian film Cidade de Deus (City of God) and the global blockbuster Slumdog Millionaire from Mumbai to assess their critical reception, aesthetic representations and contextual positionality. He looks at how the films are both ‘local’ and ‘global’ at the same time, and how this process is reflected in the aesthetic visualisation of the cities and slums of Rio de Janeiro and Mumbai respectively.

Focusing on Krstić’s arguments about Mumbai, there is a careful exploration of both the Mumbai cinemascape and its corresponding urban reality in relation to slums to demonstrate ‘local expressions’ of ‘global currents’. The chapter traces the trends in Bombay Cinema from India’s independence in 1947 to the beginning of the 1990s, when urban poverty came to gradually disappear as a topic of popular cinema (227).  This period in Indian cinema saw the simultaneous emergence of ‘geo-televisual’ masalas rooted in ‘traditional family values’ whilst also valorising Western consumer culture; in these representations, slums and poverty do not fit but narratives about consumption, shopping and world-class cities dominate. The author demonstrates that this shift is also reflected in a move away from the location-based filming of the 1970s, which by default featured the city space and its urban poverty, towards more studio settings in the 1990s, which allowed for more ‘decorative’ representations and imaginations.  Interweaving these cinematic trends and sociological analysis, Krstić shows how these cinematic processes map onto the processes of social urbanisation that have changed the physical landscape of urban Mumbai (232).

These arguments are further nuanced by Krstić’s observation that it is not just that slums have started to appear less and less in Bombay Cinema, but also that certain other narratives about poverty and slums come to the fore. For example, Krstić explains how a new genre of gangster films from Mumbai has emerged that creates and sustains counternarratives of crisis, illegality, overcrowding and underdevelopment in the city (243).

Apart from these arguments, Slumdog Millionaire is analysed for how the local articulations of global melodrama are represented, the embodiment of homelessness and street life and the significance of clocks displaying time in New York, London and Mumbai as comments on how cinema production and purpose have evolved. Krstić’s central argument is that films now use a ‘hypermediated form of realism’, which reflects the evolution to the ‘Digital Age’ outlined in the first part of the book (232). He makes it clear that Slumdog Millionaire and other such films do not ‘represent’ the cities and slums they depict; rather, they point to how films have evolved as part of a ‘city of screens’ (253) and the importance of this shift for film studies and sociologists studying films. He concludes that ‘cinema itself is being transformed today too: it is becoming a presentational rather than a representational medium’, which ‘acknowledges the presence of an embodied spectator’.

As Krstić rightly explains, film studies has often studied film as an artistic language distinct from sociology, which has largely been concerned with empirical data on social phenomena. His attempt at tackling this dichotomy by looking at both the sociological and aesthetic significance of slums in cinema offers important lessons to scholars and disciplines on both fronts. For Krstić, a study about slums and their representations in cinema is not just an aesthetic exercise but is also a deeper political project: ‘when it comes to this topic one cannot isolate aesthetics for political and ethical concerns; instead one needs to consider them as indissolubly entangled’ (2). Hence this book makes not just for a fascinating read, but also challenges some far too easily accepted and maintained binaries. However, as a visual anthropologist, I would have also enjoyed some comments on film reception to further complicate our understandings of the ‘glocal’. Nonetheless, this book will be of great academic interest to scholars and students of development studies, urban politics, film studies and visual anthropology as well as to avid film fans.

Shannon Philip is a PhD student in the Oxford University Department of International Development. He works on gender, visual representations and urban politics in contemporary India. Shannon has spent twelve months living in India doing ethnographic fieldwork with young Indian men about their gendered identities and filmic heroes. 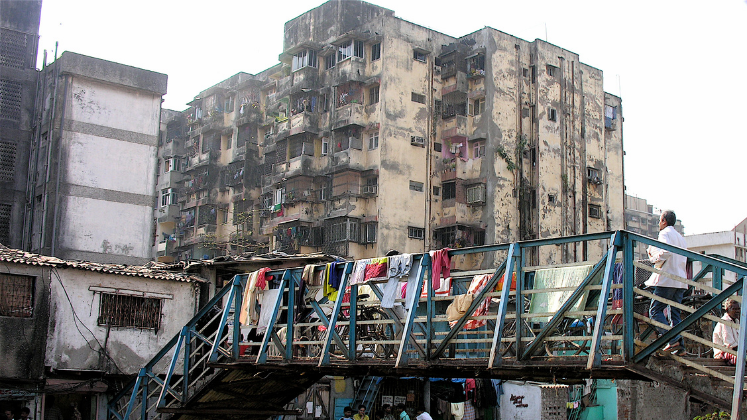 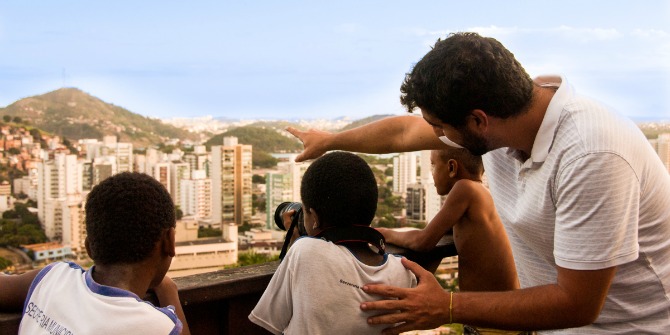