In Emotional Choices: How the Logic of Affect Shapes Coercive Diplomacy, Robin Markwica explores how emotions play a key role in foreign policy decision-making, focusing particularly on coercive diplomacy. Underpinned by substantial interdisciplinary research, this is a long-overdue and successful attempt to conceptualise the logic of affect in International Relations, finds Ignas Kalpokas. 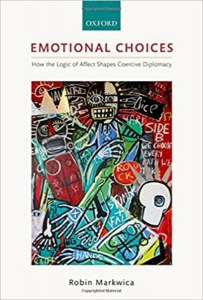 Robin Markwica’s Emotional Choices is a long-overdue and successful attempt to conceptualise the logic of affect in the discipline of International Relations. The book aims to not only demonstrate that ‘emotions play a significant role in foreign policy decision-making’, but also that ‘they shape choice behavior in powerful and predictable ways’ (4), therefore necessitating the inclusion of emotional factors in both retrospective analyses and the prospective planning of future policy measures. Hence, three ambitious aims become clear immediately: the conceptualisation of emotion in International Relations; the establishment of emotional choice as a tool on par with other dominant explanations; and the elucidation of predictive capacity through the logic of affect.

A particular focus of this book is on coercive diplomacy: namely, states threatening the use of force to make others give in to their demands. This is a domain that is particularly suitable for emotional explanations as its outcomes are often irrational: while it might seem entirely reasonable that the weaker side, having to face a threat from an evidently more powerful adversary, would give in, the historical record, as cited by the author, puts the success rate of coercive diplomacy at merely 17-36 per cent. In fact, the stronger side having to make good on their threats and resort to military action appears to be a more likely outcome. As coming under military attack from a stronger state should, according to conventional wisdom, be seen as a far inferior option than giving in (as leaders tend to pay dearly – think of, perhaps most recently, Muammar Gaddafi), Markwica’s contention is that an account of emotional, rather than rational, choice by leaders would increase our understanding of such events. To do this, the author draws on both psychology and sociology to account for the simultaneous impact of both the individual dispositions of decisionmakers and the broader sociocultural environment within which they operate.

Markwica focuses on five key emotions that are often taken by psychologists to be universal: fear, anger, hope, pride and humiliation, all of which have an impact on the appraisal and action tendencies of leaders (i.e. evaluations of the situation at hand and courses of action thus taken). The book thereby uncovers very significant challenges faced by potential coercers: one must cause just enough fear to force the target to give in, but not as much as to shock them into a freeze response to fear or to cause anger and a feeling of unjust humiliation; however, being too lenient in order to avoid the latter outcomes risks provoking pride and hope, which will motivate the target to resist. It is this very narrow window of success (a flight response to fear or a feeling that one has been justly humiliated) that can help explain why coercive diplomacy succeeds in only a minority of cases. However, Markwica contends that the chances of success can be significantly increased by including emotional considerations in the planning calculus and by being empathetic in order to infer the current and future affective states of the adversary. 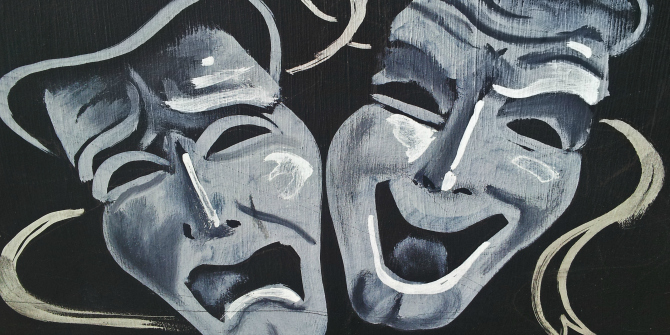 To claim that the author manages to successfully synthesise an enormous amount of interdisciplinary research would be an understatement. In this regard, Markwica demonstrates enviable ability, particularly in the second chapter which has the ambition of providing a compendium of everything that is known about the nature of emotions and their influence on decision-making as well as previous attempts to include them within the discipline of International Relations. Although the author at times gets too immersed in this project to signpost the role that the various items of knowledge have within the broader argument of the book, this chapter is nevertheless a treasure trove for any student of affect, not only in the actual text but also in the extensive references.

Perhaps the most significant drawback of emotional choice theory and the main reason why similar approaches have rarely been employed in the past is the difficulty of actually obtaining another person’s emotions. Hence, the third methodological chapter is of crucial importance, drawing primarily from psychology in order to outline a method for ‘reading’ emotion from reports, memoirs and primary sources produced in the midst of events as well as ways of interpreting emotional data.

To illustrate both this point and the method, Markwica embarks in the following chapters on an analysis of two case studies of the Cuban Missile Crisis and the Gulf Conflict. Both of these truly deliver on their aim. Firstly, by applying the logic of affect, Markwica manages to give explanations of behaviour that has until now puzzled researchers, such as Nikita Khrushchev’s oscillation between escalation and de-escalation, thus demonstrating the potential of the new method. Secondly, these cases studies serve as a very good example of how the inference of emotions and the interpretation of their influence are carried out. In total, then, this book combines the painstaking work of crafting a theory, establishing a methodology for its application and then applying it, demonstrating the combination of theoretical innovation and empirical contribution in its best form.

It is nonetheless important to note that Markwica’s aim is not to completely revolutionise the discipline of International Relations by replacing the now-dominant rationalist and constructivist explanations of agency with an emotional one. Instead, the author goes for something more moderate: namely, supplementing the two. We should not, the argument goes, rely on just one set of explanations, but instead see choice as a combination of all three factors. Indeed, the leitmotif of ‘a little bit of this and a little bit of that’ permeates the entire volume, leaving one at times undecided as to whether that is a sign of a commendable attention to nuances or mere indecisiveness.

This reluctance to fully embrace emotional choice on its own terms (‘standard’ rationality is still seen as ideal and emotions are merely taken to explain ‘deviations’ (24) from it) could leave a sense of the book’s argument not going far enough. In fact, a model that primes emotional choice is of particular necessity in today’s environment when traditional political models based on rationality and deliberation are crumbling in the face of populism, resurgent emotion-based identities and post-truth. Not only domestic political processes are altered, but resulting political leadership and their actions on the international stage also necessitate interpretive frameworks that account for affect. Moreover, moving beyond the specific circumstances of today, feelings and emotions are constitutive of who we are as human beings, rather than peripheral or complementary. Hence, pushing an emotional choice model more assertively would enable understanding of behaviour that would otherwise seem ‘abnormal’ and/or contradictory.

Overall, Markwica’s Emotional Choices is a book that explores new directions and provides an important contribution to the discipline of International Relations in the shape of emotional choice theory and the development of the logic of affect. The book is a must for anyone wishing to gain a deeper understanding of decision-making processes in International Relations and it is also written accessibly enough to appeal to both undergraduate students as well as established researchers. However, one perhaps needs to dig a bit deeper into the text and go beyond its cautious approach to uncover its real subversive and disruptive potential.