In a skilful and engaging rejoinder to the contemporary politics of neoliberalism, Law and the Precarious Home: Socio Legal Perspectives on the Home in Insecure Times, edited by Helen Carr, Brendan Edgeworth and Caroline Hunter, expands on the current academic debates within labour law and welfare law to offer a new conceptualisation of modern housing precarity. Across the collection, ‘the home’ is shown to be more than a mere asset or commodity to be bought and sold at will; it is also a place of solitude, privacy and inviolable personal sovereignty, finds William Norcup-Brown. Law and the Precarious Home makes a very timely contribution to the ongoing excoriations of contemporary neoliberal policy. The book builds on the growing number of publications that focus on housing precariousness by offering a deep and comprehensive legal perspective. The legal analyses cover topics including homelessness, insecure tenancies, ‘alternative’ housing such as guardianships and recovery from natural disasters. Such an extensive range of themes will be greatly appreciated by readers of all backgrounds.

Furthermore, Law and the Precarious Home has a very broad geographical scope. While the chapters on UK housing precarisation make excellent contributions to ongoing nationwide debates, readers will also appreciate the wide range of perspectives which highlight that precariousness is, without question, an international issue. The chapters in this book include, among others, an analysis of housing precarity in rural China, a case study of the impact of natural disasters in Christchurch, New Zealand, an analysis of the decline of social housing in Barcelona and an examination of the relationship between landlords and tenants in Poland. Each chapter adopts its own unique methodology in bringing forth the authors’ perspectives and experiences, making for an enlightening and well-rounded collection.

Part One of Law and the Precarious Home on ‘Understanding Precarisation’ begins with Sarah Blandy’s brilliant chapter on what she describes as the ‘sharing continuum’ − an evaluation of a wide spectrum of different property-sharing possibilities, and whether they arise voluntarily through choice and preference or involuntarily due to certain individuals’ vulnerability to precarity. Blandy breaks these possibilities down into four sub-categories: sharing a home with an intimate partner; living as a household with family or friends; sharing communal space within or between households; and sharing property boundaries. Blandy posits that precarity progressively increases across these categories in order, as one might expect, but is careful to point out that even in the least precarious shared environment − one in which an individual shares a home with an intimate partner − there is still great potential for precarity to arise, particularly if the couple are not married, since cohabitation provides no general legal status unlike marriage or civil partnership. Here, Blandy makes the argument that since the law inadequately considers the property rights of cohabitees, court decisions are inadvertently biased against women, ‘whose economic position is still weaker than men’s’ (31): a reference to the gap in average earnings across society.

In Part Two on the theme of ‘Rental Security’, Chapter Four by Jed Meers and Caroline Hunter analyses the relatively nascent concept of ‘property guardians’ − a so-called ‘affordable alternative to renting’. Despite the optimistic and flamboyant language deployed by property management firms running such schemes − claiming them to be ‘truly the exciting and cheaper alternative’ − Meers and Hunter proffer an alternative, and ultimately more realistic, viewpoint. Instead, they describe property guardian schemes as ‘participating in the monetisation of the housing crisis’ and thus facilitating an ‘underclass of renters’ (66).

Furthermore, Meers and Hunter add to contemporary debates by building on Kath Hulse and Vivienne Milligan’s four legal determinants of housing precarity: tenure/ time; control; cost; and conditions, with the addition of their own fifth factor −  immigration status. Under section 22 of the Immigration Act 2014, private landlords are required to ‘police’ the immigration status of any new tenant, and under a 2016 amendment, landlords are permitted to terminate a tenancy agreement should the occupiers become disqualified (74). Meers and Hunter rightly conceptualise how much an individual’s immigration status can therefore exacerbate their vulnerability to housing precarity (74-75). A new migrant may make a very promising start to life in Britain, and yet find their housing situation quickly upturned by delays to a visa renewal or passport citizenship applications.

Unsurprisingly, such precarity overwhelmingly affects those from the poorest of migrant backgrounds: Meers and Hunter cite a 2016 property guardianship study documented by Environmental Health News, in which, rather unsettlingly, 107 migrants were living in a facility with only three shared kitchens and six shared toilets. In equally merciless fashion, since the housing status of the guardianship was not recorded, the local authority subsequently closed the premises under the Housing Act 2004, thus making the occupants homeless. At the time of writing this review, a recent High Court judgment has found the Immigration Act 2014 to be in direct breach of human rights laws, although some commentators have been strongly critical of this decision.

Of the international contributions proffered in this book, Magdalena Habdas’s Chapter Six on the Polish situation is particularly interesting. Contrary to numerous criticisms of the UK made by other contributors, Habdas posits that Poland’s difficulties have been exacerbated by a lack, rather than an excess, of landlord rights. Combined with a national predilection towards owner-occupation, where almost 82% of households are owner occupiers compared to the EU28-average of 70.6%, this has put enormous strain on an undersupplied private rental sector. Extensive tenant protections have meant that landlords must either increase market rents to offset the heightened risks or enter the private rental market ‘unofficially’ to avoid observing the full extent of tenant protections (114). Inevitably, this has greatly increased the precariousness of those reliant on affordable rental options, particularly those in urban environments who simultaneously struggle to secure employment unless they look abroad to other EU member states (111-14).

From start to finish, this book was a pleasure to read. Each of the chapters offers its own unique perspective on what is, ultimately, a global phenomenon. Precariousness is not only rooted in one’s employment status or access to welfare but is arguably most contingent upon whether one has a secure, long-term and affordable home. Without ‘the home’, it is incredibly difficult to improve one’s personal circumstances, since one would lack the foundations upon which to build. The next task for leading scholars in the field is to propose workable solutions to the many issues this book addresses: the book explains very well how post-Fordist neoliberalism is the root cause of today’s issues and lays the groundwork for future researchers to develop upon.

To conclude, I would highly recommend that scholars, journalists, policymakers and students with a particular interest in the legal aspects of housing policy read this book. Law and the Precarious Home makes an excellent addition to the contemporary literature: academics and other similar experts in their respective fields will appreciate the wide range of methodologies adopted by the contributors − from empirical studies that highlight socio-economic inequalities, to theoretical discussions which discuss the purpose of ‘Home’ − as well as the internationalised perspectives brought by contributors from China, Poland and South Africa, among others. Moreover, the book’s informative but succinct writing style means that the book shouldn’t deter those with a more preliminary grasp of the subject area − a factor which will also allow the book to appeal to non-academics. The goal of any academic publication is to persuade its readers: this book has certainly influenced my own thinking, and will no doubt have similar effects on many others to come.

William N. Brown is a PhD candidate in law at the University of Liverpool, and an aspiring legal academic. His research interests are in property law, constitutional law and jurisprudence, and his PhD thesis explores the dynamic between proprietary rights and civil liberties. He can be found at www.linkedin.com/in/williamnorcup-brown. 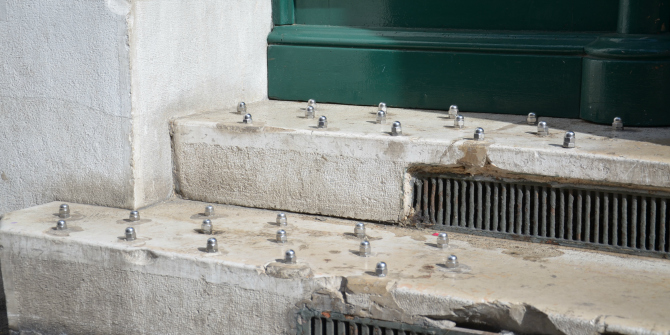