In The Hidden War in Argentina: British and American Espionage in World War II, Panagiotis Dimitrakis explores the clandestine warfare enacted in Argentina by both the Allies and the Axis powers. This expert analysis succeeds in illuminating the often underappreciated and supremely consequential stakes of covert operations in Latin America during World War Two, writes Jeff Roquen. 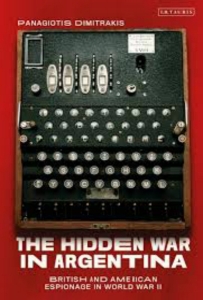 The body of literature on the ever-complex saga of World War Two continues to expand exponentially. While figures such as Winston Churchill, Adolf Hitler, Franklin Roosevelt and Joseph Stalin occupy large-scale biographies with newly-available primary sources, a number of accomplished books have also been penned on many of the epic land and sea battles between the Allies and the Axis powers. At the same time, an overlooked sub-genre of military history, which focuses on the scope and impact of covert operations, has received far less attention. In The Hidden War in Argentina: British and American Espionage in World War II, Panagiotis Dimitrakis expertly reveals how clandestine warfare outside the main theatres of war altered the fate of both individuals and nations across the globe.

From Chapter One, ‘The Ambassador’, to Chapter Three, ‘The Man from Abwehr’, Dimitrakis constructs an engaging narrative of German intrigue and British counterintelligence activity in Latin America several months after Hitler’s rise to power in January 1933. As the populations of Argentina, Brazil and Chile contained more than 1.5 million people of German heritage, Berlin mobilised its key diplomat to Buenos Aires, Edmund Freiherr von Thermann, to support the efforts of the pro-Nazi Auslands Organisation (AO) to conduct propaganda campaigns and forge political alliances within the Argentine government. In particular, Thermann and the AO sought to penetrate the largely German-trained officer corps and proselytise to primary school students in the classroom.

Subsequent to the 1937 Papal encyclical Mit brennender Sorge (‘With burning concern’) denouncing Nazi racial ideology as antithetical to the teachings of the Church, however, public opinion turned sharply against the interlopers. Consequently, President Getúlio Vargas of Brazil and President Roberto Ortiz of Argentina issued decrees effectively banning the AO and other fascist groups aligned to the Third Reich, and Ortiz began sharing intelligence with London and Washington on the whereabouts and activities of ‘suspected Nazi agents’ (23). When Rio de Janeiro launched a crackdown on Nazi spy rings directed by the Abwehr (German intelligence) in 1942, the backlash against Berlin seemed all but complete. 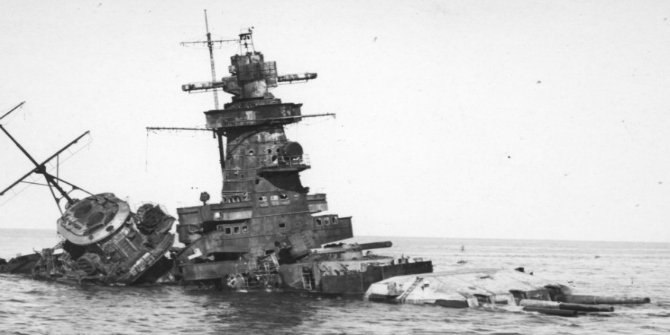 In Chapter Four, ‘How Britain Bought the Admiral Graf Spee’, the author unveils the complex international intrigue behind the post-sea-worthy existence of a scuttled cruiser in the port of Montevideo. On the River Plate between Argentina and Uruguay, the German battleship, Admiral Graf Spree, waged an aggressive campaign against Allied merchant shipping and downed nine vessels prior to a fatal encounter with the Royal Navy in December 1939. Two months later, British Foreign Minister Anthony Eden directed the Minister to Uruguay, Eugen Millington-Drake, to arrange for the quiet purchase of the damaged Graf Spee through a third-party intermediary for the purpose of gathering intelligence on the capabilities of the German warship. To historically bury the humiliating result of the opening naval battle of World War Two, Berlin agreed to sell.  Shortly after the consummation of the deal, British nautical experts and agents managed to extract and transfer several key components of the wreck to London for analysis over the following months. Indeed, the shadow war behind the war had commenced.

At this midpoint in the monograph, Dimitrakis details the emergence of US counterintelligence strategy in Latin America. After dispatching a high-level FBI agent to Rio de Janeiro at the request of Brazilian authorities to assist in breaking Axis networks, US officials conducted an intense campaign to establish an intercontinental alliance against Nazi Germany. Although Brazil immediately closed ranks with the United States, Argentina balked at a defensive pact due to the influence of its pro-German military and lingering resentments of US imperialism. If US diplomacy proved tenuous in the region, bureaucratic infighting consumed the corridors of power in Washington over control of intelligence operations in the Western hemisphere.

At the recommendation of President Roosevelt in 1940, a new branch of the FBI – the Special Intelligence Service (SIS) – formed to surveil the activities of suspected Nazi sympathisers from Guatemala City to Buenos Aires. Not only did the Military Intelligence Division (MID) oppose the tasking of the SIS to foreign intel collection, but FBI Director J. Edgar Hoover, who assumed responsibility for the nascent offshoot by default, also initially schemed against its creation.  After overcoming two years of interagency rivalries and an inchoate training programme, the SIS blossomed into a competent intelligence arm of the US government and posted several impressive victories – including the exposure and elimination of a Spanish-run smuggling chain of ‘secret documents and two kilograms of platinum for Berlin’ (106-107). Toward the end of the war, Hoover reversed course and proudly touted the achievements of the SIS.

Prior to two final chapters on ‘The Special Operatives’ and ‘The Last General’ – an account of the Major General Friedrich Wolf and his nefarious missions – Dimitrakis paints a compelling portrait of the ambitious and underhand agenda of the chief of Nazi SS intelligence (Sicherheitsdienst or SD) for Latin America, Johannes Siegfried Becker, in Chapters Ten through Twelve.  From his base in Buenos Aires, Becker employed stealthy tactics to develop an extensive community of reactionaries – known as the ‘Bolivar Network’ – willing to aid and abet the Nazi cause.  Beyond sending encrypted messages on ‘the extent of Allied control in the Atlantic islands, [Allied] war production and military movements’ through a German-made Enigma machine, the SD operative also conspired to overthrow pro-Allied governments in Bolivia and Paraguay (139-45). In concert with de facto President Pedro Ramírez of Argentina (1943-44), Becker colluded with Oscar Hellmuth, an Argentine of German heritage, to purchase armaments from Berlin. The plot, which came to light through the Enigma-breaking decryption work of British signals intelligence, dissolved with the arrest of Hellmuth and led to the downfall of Becker and his cloak-and-dagger coterie.

At the Collège Moderne et Technique in Reims, France on 7 May 1945, General Alfred Jodl affixed his signature to a document unconditionally surrendering the enervated German military to the Allies. Despite vanquishing the Axis powers, the cultivation of fascist networks by Nazi spies during the war, as studiously investigated by Dimitrakis, fundamentally altered the socio-political fabric of several Latin American nations and ultimately allowed thousands of Nazi war criminals to escape justice, surreptitiously migrate across the Atlantic and find sanctuary in Brazil, Chile and, most prominently, neo-fascist Argentina over the first presidential term of Juan Perón (1946-52). In sum, The Hidden War in Argentina succeeds in illuminating the hitherto underappreciated and supremely consequential stakes of covert warfare in Latin America, saliently measures the resilience and long-term effects of fascism and reaffirms the primacy of historical contingency in shaping myriad destinies. 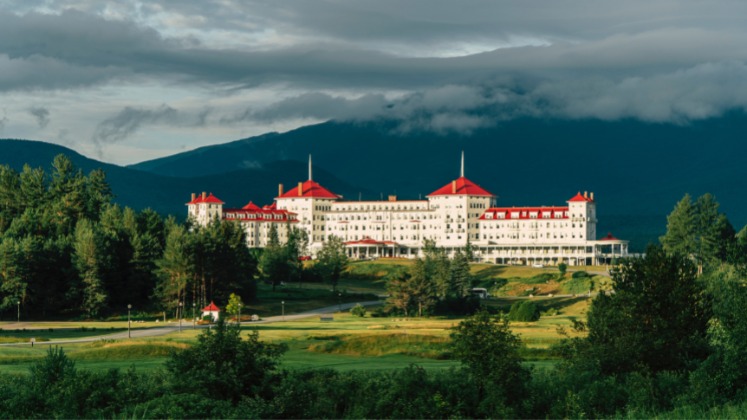