In Welcome to Britain: Fixing Our Broken Immigration System, practising immigration lawyer Colin Yeo explores how the UK immigration system functions in both principle and practice. Offering invaluable insights into how the current system actually works and the consequences for individual lives as well as practical suggestions for change, this book is recommended reading for anyone interested in UK migration policy, writes Alan Manning. 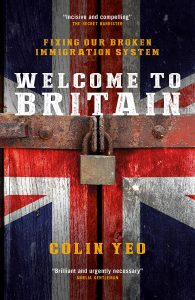 Immigration is an emotive and contentious issue in many countries, including the UK. Colin Yeo is a practising immigration lawyer who also runs a website (https://www.freemovement.org.uk/) that is an invaluable resource for non-lawyers (like me) attempting to understand how the UK immigration system works in both principle and practice. Welcome to Britain provides his overview of the UK system as a whole and, importantly, concrete suggestions on how to improve it. There is a chapter on each of the main routes by which migrants might enter the UK (as family, asylum seekers, workers, students or unauthorised) and on how they can settle permanently and become citizens. There are also more specialised chapters on free movement, deportation and detention.

The book is very clearly written, which is no small feat given the complexity of UK immigration rules (over 1000 pages, having quadrupled in length in the past decade). That the rules are overly complex, and most successful in generating work for immigration lawyers, is one of the underlying themes of the book. One consequence of this complexity is that individuals may find themselves accidentally in an unlawful situation or, if lawful, unable to prove it.

And the book makes clear that the system can be harsh as well as complex with punishment for infractions sometimes disproportionate to any offence. The process often seems to assume someone is guilty unless they can prove themselves innocent (what is termed the Home Office’s ‘culture of disbelief’). And proving oneself innocent may be dependent on documents one had no prior obligation to retain and may not be readily available and requires specialist legal advice that is unaffordable. The Windrush scandal is the best-known example of this, but there are countless others, documented both in this book and some other recent contributions to the literature (see, for example, Maya Goodfellow’s Hostile Environment and Amelia Gentleman’s The Windrush Betrayal). You can be born and brought up in Britain of migrant parents, be entitled to have become a British citizen, but perhaps your parents or the local authority if you were in care never made the application; if you are convicted of a criminal offence, you can be deported to a country you have never visited.

The victims of this are almost always Black or Asian; alongside this pattern of discrimination, the system seems to harshly punish some, while rules are not effectively enforced for many others. For example, those whose applications for asylum are refused are meant to leave the UK, but there is a considerable unexplained gap between the numbers who are meant to leave and the figures for those who are recorded as leaving.

Many discussions of immigration tend to become very binary (immigration is ‘really bad’ vs immigration has ‘enormous benefits’) and very polarised (the idea of the immigrant as superhero/heroine on the one side or as supervillain on the other), perhaps because of the fear of giving any ground to the other side, which is often presented as something of a caricature. One of the refreshing things about Welcome to Britain is that it mostly avoids a binary discussion. Although it does generally argue for a less restrictive policy, it is unafraid to mention, for example, that there have been areas of the immigration system where there has been fraud (for example, in part of the language testing, though how much fraud there was remains unclear). However, it is not completely immune to lapsing into polarised thinking (an easy thing to do, as I know from my own experience): for example, the student chapter is titled ‘Students: Awesome or Bogus?’, when there are probably other options. (In fairness, the ‘Awesome or Bogus’ dichotomy is taken from the Bill and Ted series of films, but this might be lost on readers who are not of a certain age.)

I also like the fact that Welcome to Britain is mostly positive about what it would do, rather than simply saying what it would not do. The latter course of action is quite easy given there is so much not to like in the current system, but one thing I learned as Chair of the UK’s Migration Advisory Committee (MAC) is that it is easier to come up with criticisms of the system than solutions, because a solution to one issue may well cause other issues to arise. I think immigration policy is often likely to be hard and to involve uncomfortable decisions based on difficult trade-offs. I am not sure these trade-offs always come across as strongly in the book as I would have liked. To give a specific example, the author would like to go back to the pre-2012 rules in which it was easier to bring elderly migrant dependents to the UK.  For me the key issue here is how one balances the rights of individuals to bring in elderly relatives they want to care for against the interests of the taxpayer who is likely to pay for the health and care costs of these migrants. It is a perfectly reasonable position to say that the right of the individual dominates the interest of the taxpayer, but I don’t think it is right to give the impression that all those opposed to more liberal rules are necessarily motivated by an irrational desire to reduce numbers or prejudice against ethnic minorities – though racism and an obsession with figures certainly shape the views of many.

Related to this, I felt the book was much stronger on the rights and legal side of immigration than the economics, though I probably would say that given I am an economist (the author would likely feel similarly if I attempted to write about legal issues). The chapter on economic migration concludes that ‘Labour’s economic immigration policy undoubtedly did enhance economic growth’ (171). As MAC Chair I studied a lot of economic evidence and I am not sure how one would arrive at such a sweeping conclusion. If, by economic growth, one means a higher level of GDP, the statement is almost certainly true: more immigration means more people, which generally means higher GDP.  But if, by economic growth, one means higher GDP per capita (which is a better, though imperfect, measure of living standards for an individual), my view is that the evidence for the statement is weak to non-existent. For example, though there is little evidence that immigration has depressed wages to any great extent (as is sometimes alleged), there is also equally little evidence that wages have risen as a result of immigration.

Whatever one’s views on Brexit, it is an opportunity to re-set the UK’s immigration policy.  In that redesign I sincerely hope that many of the suggestions in this book are adopted.  But perhaps more than specific proposals embodied in rules, there needs to be a culture shift in the Home Office. At the moment, the Home Office too often gives the impression that admitting a migrant is something to be done grudgingly, only when they have run out of objections and have no other choice. I do think there need to be rules and some regard to how those rules are being used. But there should be a ‘culture of the correct decision’, not a ‘culture of disbelief’. One should aspire to a situation in which one can say to those who are admitted, ‘Welcome to Britain’, without the slightest hint of irony.

If you are interested in UK migration policy, please read this book. Welcome to Britain offers invaluable insights into how the current system actually works (many of which I have been unable to summarise in this brief review) and the consequences for individual lives, and it provides practical suggestions for change.

Alan Manning is Professor of Economics in the Centre for Economic Performance at LSE. He has written on many labour market issues and from 2016-2020 was Chair of the UK Migration Advisory Committee. 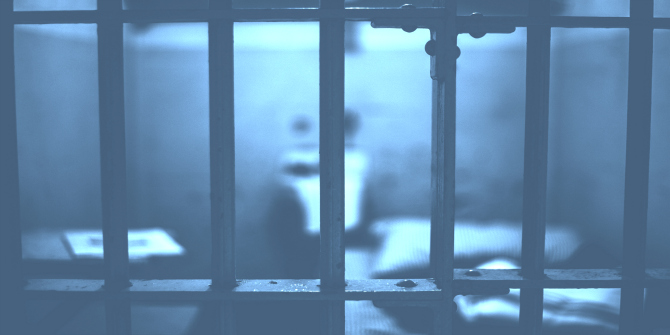