Book Review: The Northern Question: A History of a Divided Country by Tom Hazeldine

Book Review: The Northern Question: A History of a Divided Country by Tom Hazeldine

In The Northern Question: A History of a Divided Country, Tom Hazeldine provides a long history of the establishment and reproduction of the North-South divide in England in order to make sense of the impact of present-day regional divisions. While this is a well-written account, drawing on wide reading and offering telling anecdotes, John Tomaney remains unconvinced by the book’s weighing of the evidence and its theoretical framework that overlooks the nuances of the region’s social and cultural history as well as the specificities of Northern Labourism.

The Northern Question: A History of a Divided Country. Tom Hazeldine. Verso. 2020. 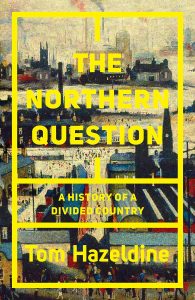 Since the Brexit vote in 2016, when many former industrial areas of Northern England voted strongly to leave the European Union, the region has attracted increased political attention and a purported new policy agenda from the Conservative government, ‘levelling up’, which aims to redress regional divisions. In his timely book, The Northern Question: A History of a Divided Country, Tom Hazeldine seeks to define the North and assembles evidence on the establishment and reproduction of the North-South divide.

Hazeldine begins by suggesting that Northern England has only ever generated a ‘low wattage’ (4) sense of cultural belonging, reflecting a millennium of centralised rule and, more recently, the hegemonic power of the BBC and Fleet Street. Northern consciousness is fragile and always secondary to other forms of identification. The first problem is defining where the North is. Hazeldine opts for a region north of the Mersey-Trent-Humber line. Recent treatments of the North, such as Alex Niven’s New Model Island and Dan Jackson’s The Northumbrians, are not discussed. Jackson, for instance, makes a strong case for the River Tees as a crucial regional dividing line within England and for the distinctive cultural identity of North East England, but Hazeldine is not much interested in mapping overlapping and differing ‘Northern’ identities. Instead, much of the early part of Hazeldine’s account can be read as a Marxist gloss on Frank Musgrove’s irascible and idiosyncratic Tory regionalism, as presented in his book, The North of England: A History from Roman Times to the Present (1990).

In Hazeldine’s account, pre-modern Northern England was sparsely populated and poor, marked by social backwardness and deep-seated traditionalism. Despite periodic revolts against the Crown, Northern elites were unable to maintain a counter-hegemonic threat and the region lacked an intellectual cadre. The Tudors ruthlessly crushed regional autonomy.

The bulk of the book addresses the modern and contemporary history of the region. Manchester’s emergence as the world’s first industrial city and birthplace of the working class signalled a potential disruption to the English political order, but the state suppressed social unrest. The new captains of Northern industry made their accommodation with the City and Westminster elites. The working class was more interested in participating in the ‘queasy spectacle’ (76) of self-improvement advocated by Samuel Smiles and, following the Second Reform Act in 1867, ‘dutifully voted in Liberal and Tory candidates from business and professional classes’ (78). Among the few working-class MPs was Thomas Burt, from Northumberland, who ‘hated strikes’ (79). These facts are all true, but a little less condescension and a bit more curiosity towards them would be useful analytically and politically. There is a sense in the book that Hazeldine approves of the Northern working class only when it appears to be doing what he thinks the working class should do.

By the beginning of the twentieth century the North emerged as a Labour heartland but, according to Hazeldine, the Labour Party was supine in the face of the crisis of Northern industry in the inter-war period and the Conservatives charted the age of mass unemployment relatively unscathed at Westminster. The 1945 Labour government created instruments of regional policy but applied them only half-heartedly, while failing to alter the dysfunctional relationship between finance and industry that lay at the heart of the inter-war crisis. 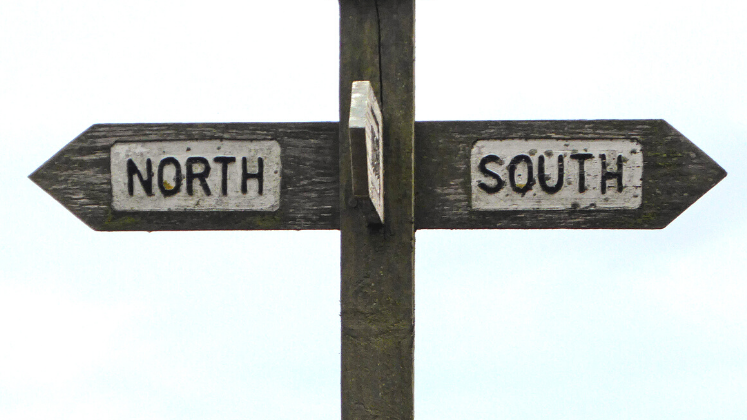 The relative decline of the North continued. Thatcherism represented a frontal attack on the North: Hazeldine quotes Lord Young of Graffham in 1980 saying, ‘The two present growth industries – the City and tourism – are concentrated in the South. It’s our turn, that’s all’ (166). Hazeldine points to former Labour Prime Minister Tony Blair’s disavowal of the North-South Divide as evidence of Labour’s neglect of the region, despite its electoral importance. Following the financial crisis of 2008, the David Cameron and George Osborne-led austerity brought in under the Conservative-Lib Dem coalition disproportionately impacted the North.

All this provided the backdrop to support for Brexit in the North. Hazeldine offers an entire chapter on the Brexit outcome, but his focus is on the internal machinations of the Labour Party and he struggles to offer deep insights into the result. He contends that it was Jeremy Corbyn’s 2017 General Election manifesto – which offered the North an end to regionally biased austerity and a redistributive tax policy aimed at the City and large corporations – that deprived Conservative Prime Minister Theresa May of her majority. Hazeldine’s preface suggests this was a book initially conceived in anticipation of a Corbyn victory in 2019, but the author is confronted with a disastrous defeat that he cannot really explain.

Hazeldine writes well, with a nice turn of phrase and an eye for a telling anecdote but, despite his wide reading, he offers a polemic rather than scholarly weighing of the evidence. The unspoken conceptual framework of the book is the Nairn-Anderson thesis, which seeks to explain why Britain did not develop along the lines of ‘normal’ European states in the nineteenth century and remained trapped in a semi-feudal polity. In a key passage, Hazeldine states that despite the emergence of a new Northern industrial society, ‘The pre-industrial mould of British politics remained unbroken, with fateful consequences for the North once its commercial fortunes began to slide’ (70). The book travels around a generic North looking for evidence to fit to this theory, giving insufficient attention to the range of industrial structures, labour market conditions, gender and ethnic relations, cultural practices and political traditions that mark the historical region.

This is a view of Northern history seen largely through the lens of the Court, Parliament and corporate boardrooms. Aristocratic and bourgeois characters – such as John Bright, the Earl of Derby or William Gladstone – are named and portrayed, but the working class is often an abstraction and a spectator of its own making. Where working-class leaders are identified, most are presented as irredeemable sell-outs, making their supporters, presumably, dupes. In this vein, Hazeldine ‘mentions in despatches’ (122) the post-war Durham miners’ leader, Sam Watson, stalwart of the right-wing of the Labour Party. But Watson was a political giant of his era and understanding his role is key to the story of Northern Labourism. A Communist in his youth, Watson abandoned revolutionary politics for reformism following the crushing defeat of the miners in 1926. Such a complex story does not fit Hazeldine’s analytical categories (on the other hand, Hazeldine writes appreciatively of Arthur Scargill and Derek Hatton).

Surprisingly for such an intensely political book, Hazeldine offers few pointers to a programme for changing the North, and a tone of fatalism pervades the narrative. Although he claims that twentieth-century Northern working-class culture provided a ‘partially viable bulwark against American cultural imperialism’ (123), Hazeldine does not expand this point. In fact, little attention is paid to the social and cultural history within which economic and political processes and practices are embedded. For instance, any history of the English North should surely consider the shaping influence of religion, whether recalcitrant Catholicism in the pre-/early modern period or the Non-Conformism of the industrial era. Waves of civic reform in the late nineteenth and early twentieth centuries, often led latterly in the North by Methodist-influenced municipal Labourism, built key parts of the foundational economy, raising working-class living standards and underpinning what Ian Jack, in The Country Formerly Known as Great Britain (2009, 303), depicted as an ‘independent civilisation’. Northern Labourism, typically, sought consciously not to overthrow capitalism but pragmatically to secure a place for workers within it. Rather than trying to understand this history, Hazeldine reproaches it.