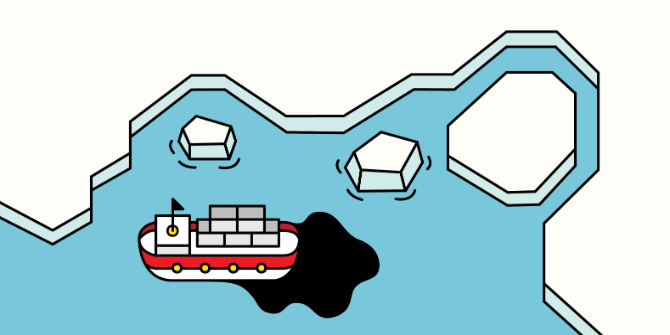 From November 30th to December 11th, Paris will the most widely-anticipated climate conference the world has seen in many years. The negotiations will draw over 190 national delegations entrusted with securing a new agreement for reducing global emissions.

But trust – like all other resources of the Earth – is finite, and trust in the current climate regime is rapidly being depleted.

COP21 stands for the 21st Annual Conference of the Parties to the UNFCCC. The UNFCCC, for its part, is a treaty emerging from the UN Conference on Environment and Development, or “Earth Summit,” held in Rio in 1992. On this occasion, signatories solemnly pledged to stabilise greenhouse gas emissions at a safe level. The UN Framework Convention on Climate Change (UNFCCC) was born as a structure for all future intergovernmental efforts to this end. The meetings (“Conferences”) of treaty signatories (“Parties”) to the UNFCCC became the means by which they would make good their promise.

Yet, 20 COPs have come and gone, and greenhouse gases are still not at a safe level, nor are a range of other environmental indicators like deforestation or ocean acidification[1]. Many among us are tempted to wonder what the 21st Conference of the Parties can achieve that previous 20 COPs were unable to.

Such misgivings, while understandable, are nonetheless unfounded. The previous 20 COPs have not been insignificant. The Kyoto Protocol, for example, was a product of COP3. It saw 37 industrial countries, including the European Community, agree to a legally binding commitment to reduce their greenhouse gas emissions by an average of 5% against 1990 levels between 2008 and 2012. Most signatories met their targets, but the world’s largest emitters (China, the US, and India) were not among said signatories. A second commitment period, embraced by more actors, was desperately needed to carry the momentum of Kyoto to greater heights.

Narrowly avoiding Kyoto’s expiry, COP18 established fresh targets for the period of 2013-2020. Still, the Doha Platform was beset with even lower numbers of participation. Even prior to its signature, Parties knew that Kyoto had served its function and that it was time to usher in a new, legally binding protocol that will pick up where it will leave off. The development of this protocol was to take place by 2015.

That’s right – 2015. COP21 was bestowed with the responsibility of producing a legally binding protocol to extend Kyoto. In other words, it is expected to build off of the work that has been done in the previous COPs to marshal in a new commitment with wider participation.

Of course, if Kyoto’s main flaw was that it left out major emitters, an important caveat must be raised: inclusion comes at a price. That price is often ambition. Broad coalitions of interest are weak coalitions, such that in order for proposals to be agreed upon, they are reduced to the lowest common denominator between the parties. In response, Robert Falkner and others have advocated a “building blocks approach,” wherein small and incremental but negotiable deals among small groups are prioritised over global deals to offset this phenomenon.

In practice, however, the presence of global fora as facilitated by the UNFCCC has not impeded such partnerships from forming. In 2005, Tony Blair was responsible for bringing together the G8+5 in a climate change dialogue that he hoped would result in greater cohesiveness among their negotiation positions and, as a result, less of a stalemate at COP18 in Doha. Similarly, voluntary agreements and public-private partnerships are increasingly prevalent at local levels as a mode of reaching national climate change targets. Business associations are often incentivised to participate in voluntary approaches so as to avoid the mandatory requirements that would follow in their stead. The building blocks approach can coexist quite happily with international conferences.

A concern about the COP format, and a constraint on delegate ambition, that needs to be taken more seriously is the tendency of delegates become so engrossed in the minute and day-to-day specificities of their jobs that they lose sight of the overarching objective. Their ambition is thwarted by the groundedness of their own perspective. As early as the first-ever international climate conference, in Stockholm, 1972, The Observer was able to make a telling remark: “after a day or two, international conferences acquire the atmosphere of a monster party, as the international men fly in from Ghana or Peru and the voices gradually rise and merge into an undifferentiated babble.”[2]

Yet Sir David King, former chief scientific advisor to the government and UK Foreign Secretary’s Special Representative for Climate Change has seen a gradual shift away from this style of interaction behind the doors of the COPs. He illustrates with an anecdote from COP17 in Durban. On this occasion, Connie Hedegaard presented the EU climate action plan as the most ambitious in the world and “the Chinese delegate stood up and was shaking with anger, saying, ’China has done far more,’ and he then listed everything China was doing. That, to me, is the right way forward.”[3] This is not “undifferentiated babble,” nor is it ambitionless stasis. It is argumentative, confrontational, and, importantly, competitive.

Global conferences do not need to be, nor will they ever be, the site of harmonious cooperation. They may well always be a site of “semantic bickerings, national drum-beating … evasions and hypocrisies,” but a world in which interdependent countries were not given the opportunity to do so would be worse off. “Most of the world’s nations came [to Stockholm, 1972) across appalling gaps of ideology and enmity and wealth, they rubbed their minds together, and they began to find that they shared common fears and challenges and purposes.”[4]

COP21 is, then, through this lens, both a necessary continuation of a conversation that began many years ago, as well as the site for new and productive conflicts to be played out. As a result, it will be as different from the COPs that preceded it as the content of the discussions will allow it to be and as ambitious as the delegates push each other to be, which is itself a function of the civil pressure on governments. By that understanding, instead of fretting over the format of international climate negotiations, everyone’s time would be better spent lobbying their representatives to take decisive action. Like most things, then, international climate agreements are indeed what you make of them.

[1] For a succinct understanding of planetary boundaries, refer to Johan Rockström et al.’s 2009 “A safe operating space for humanity”.