Analysing USCIRF 2020: An assault of secularism on religion?

Analysing USCIRF 2020: An assault of secularism on religion? 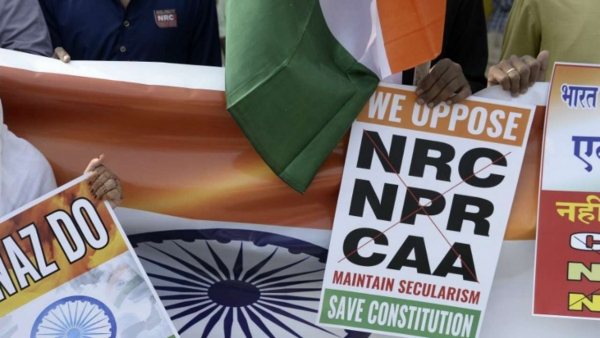 On 29th April, the United States Commission on International Religious Freedom (USCIRF) released its Annual Report 2020. The commission’s principal responsibilities include reviewing violations of religious freedom internationally and making policy recommendations in a bid to protect and preserve the inalienable right to religious freedom. The commission functions in furtherance of Article 18 of the Universal Declaration of Human Rights which is summarised as follows:  “Everyone has the right to freedom of thought, conscience and religion; … freedom to change his religion or belief, and freedom, … manifest his religion or belief in teaching, practice, worship and observance.” However, the USCIRF has only an advisory mandate.

In its 2020 report, USCIRF recommended designation of India as a “Country of Particular Concern” (CPC) considering observations that religious freedom experienced a ‘drastic downward trend in 2019’. The report has criticized India for “engaging in and tolerating systematic, on-going, and egregious violations of religious freedom.” It is highly critical of the manner in which Bhartiya Janta Party (BJP) has exercised its strengthened Parliamentary majority to implement national level policies that are violative of the right to religious freedom of minorities in the country and for inadvertently sanctioning viciousness against minorities, engaging in and tolerating hate speech and inciting violence. This is the first time since 2004 that India has been designated as a CPC by the USCIRF.

The report has lambasted the BJP-led national-government for enacting the Citizenship (Amendment) Act (CAA) and mooting a National Population Register (NPR) as a first step towards a nation-wide National Register of Citizens (NRC). The Central Government has decided to employ NRC nation-wide, in the face of stern opposition from the United Nations, who believe that exclusion from the NRC could result in “statelessness, deportation, or prolonged detention”. The report alleges that the CAA was introduced under the garb of being a corrective step, with its sole purpose being the protection of Hindus who are excluded by the NRC. Since the CAA provides a path to Indian citizenship for illegal migrants belonging to non-Muslim religious minorities from Pakistan, Bangladesh and Afghanistan, Muslims alone would bear the consequences of potential statelessness if the NRC is implemented nation-wide. Furthermore, the report condemned the use of violent means by police and government-aligned vigilante groups to quell protests against these measures.

The report has lamented the exponential rise in the incidences of mob lynching throughout the country (specifically among BJP-ruled states), as well as obstinate reluctance of the central and state governments to combat these activities with stricter laws, despite directions from the Supreme Court to do so.

Since the BJP came to power in 2014, over 100 cases of mob violence have been recorded in India, amounting to over 98% of such attacks since 2010. Despite this, Mr. Amit Shah, the Minister of Home Affairs has denied the increase in lynching incidents while labelling the existing laws as well equipped to deal with the problem. According to the report, lynch mobs, fuelled by rumours spread on social media, often attack minorities – targeting Muslims, Christians, and Dalits under suspicion of eating beef, slaughtering cows, or transporting cattle for slaughter, and have created fear among non-Hindu communities.

Criticism has been levelled against the inefficacy of anti-conversion laws in securing conviction of vigilante groups for forced conversions, notwithstanding mass conversion (‘gharwapsi’) campaigns, and campaigns of harassment, social exclusion, and violence against other religious minorities across the country, which often go unnoticed.

The Indian national government has vehemently rejected the observations made in the report, branding them as ‘biased, ludicrous, but not new’ while condemning USCIRF as an ‘organization of particular concern.’ From a diplomatic standpoint, this rebuttal is expected. However, India’s history of dealing with communal antagonisms does not serve as a worthy institutional template and moral yardstick to label the content of the report misplaced and malicious. The trauma of the anti-Sikh riots of 1984 and the Gujarat riots of 2002, show that containing communalism and promoting secularism remains a work in progress.

India and diversity have always been interchangeable. Yet, this diversity has always been at the receiving end of primordial passions, inter alia, religion. In contemporary context, obsessive fixation with religious identity, to the exclusion of other identities, poses daunting challenges in imagining India as a Republic.

Amartya Sen, in his seminal work ‘Identity and Violence’ outlines the possibility of the subversion of democracy and outbreaks of violence in case of fixation on one identity to the detriment of others. In India’s case, prioritizing one’s religious identity over other identities does not bode well for a nation that has ‘unity in diversity’ as its foundational rationale. In this light, the USCIRF report provides a perfect opportunity for the national government as well as the masses to and assumes responsibility for furthering communalism in India.