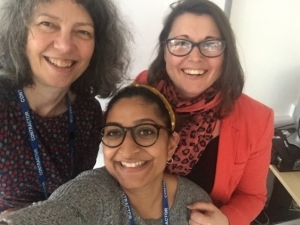 Post-Cambridge-Analytica, and post-GDPR, children are becoming increasingly aware of how their data is being used online but there are still limits to their digital literacy. In this post, Sonia Livingstone, Mariya Stoilova and Rishita Nandagiri discuss how they are conceptualising issues of privacy and personal data in their latest ICO-funded research into children’s understanding of privacy and data use online. Sonia Livingstone is Professor of Social Psychology in the Department of Media and Communications at the London School of Economics and Political Science. Mariya Stoilova is a Post-doctoral Research Officer on the Global Kids Online project at LSE, and an Associate Lecturer in Psychosocial Studies at Birkbeck, University of London. Rishita Nandagiri is a PhD Candidate at the LSE’s Department of Social Policy (Demography and Population Studies) and an external Graduate Associate member of the Centre for Cultures of Reproduction, Technologies and Health, the University of Sussex.

The European General Data Protection Regulation promises greater protections for the public at large, with specific provisions for children, although challenges remain. The UK is now taking a notable further step. Following intense debate in the House of Lords during the passage of the Data Protection Act 2018, the Information Commissioner’s Office (ICO) was charged with introducing an “age appropriate design code” for online providers:

This post was originally published on the LSE Parenting for a Digital Future blog. It gives the views of the authors and does not represent the position of the LSE Media Policy Project blog, nor of the London School of Economics and Political Science.

Dr Mariya Stoilova is a Post-doctoral Research Officer at the London School of Economics and Political Science (LSE) and an Associate Lecturer in Psychosocial Studies at Birkbeck, University of London.