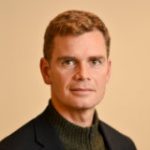 LSE’s Damian Tambini and KCL’s Martin Moore look at the legislation to regulate the internet that is currently on the table in the UK and elsewhere in Europe, considering how we have got here and what is next.

Over the next 12-18 months, the way the internet is regulated is going to change. Democratic governments will try to exert greater control on social media companies. The long process of breaking up the big tech platforms could begin. The competition framework may undergo wholesale reform. The precise direction this change will take is not pre-determined. It will depend on the results of elections in the UK this month, and in the US next year. It will be influenced by the attitude and approach of the incoming European Commission, especially after Germany assumes the presidency of the EU next year. And, it will depend on the response of the tech platforms themselves. Still, whatever happens, change is coming.

In the UK, with all the Party manifestos now published, we can start to make some predictions about where digital policy is heading. This is because, however rancorous and vitriolic the election campaign, and whatever the outcome, when it comes to online policy there is a remarkable degree of overlap. Crucially, the Online Harms White Paper has support from both the main parties, making it likely that it will – in some version at least – be implemented. The White Paper builds on the ‘Duty of Care’ concept developed by former civil servant Will Perrin and Professor Lorna Woods – and will oblige all ‘companies that allow users to share or discover user-generated content or interact with each other online’ to minimise the harm to which their users are exposed.

If the Liberal Democrats are unhappy about it – as you might imagine a liberal party might be, given that it has been resisted by many free speech groups – they are not yet objecting. Given the complexity of the proposals, and the objections made by media and civil society groups, there is a good chance the legislation could get bogged down in Parliament. But unless one of the two main Parties withdraws its support, then it should pass in 2020.

Elsewhere in Europe, policymakers have pushed even further. At the Internet Governance Forum in Berlin last week, multiple speakers commented that the continent is a veritable laboratory of digital policy planning. The European Commission has signalled that the key building blocks of the current settlement on internet regulation (the liability provisions of the E-commerce directive and the overall competition framework) are up for revision. At the same time, the Commission has published another review of competition regulation in the summer, following the UK’s own proposals for reform.

In Germany, multiple new pieces of legislation are being considered both at Laender and Federal level, including a new approach to competition law which proposes specific new measures to deal with two sided markets and network effects. A new interstate media treaty is expected to be agreed before the end of the year, and there are multiple parallel attempts to link media policy and competition policy, as in the UK. When Germany takes over the presidency of the EU in July 2020, it is expected that there will be a drive to harmonise this approach across Europe.

It is worth reflecting once again on why we are where we are, and why there is such momentum behind radical digital policy changes. Three factors stand out:

While there are signs that the debate around policy responses is maturing – and numerous policy reports were published in 2018 (notably the Stigler report and the CIGI report on Platform Governance) – there is still an urgent need for proposals that are less reactionary, more considered, and which account for the complexity of the digital public sphere. Policymakers also need to acknowledge the multiple ways in which policy solutions – on competition and content regulation; on tax and on social externalities, are interwoven, and require solutions that will depend on broad cross-party and civil society support.

Martin Moore joined the Department of Political Economy as a Senior Lecturer in Political Communication Education, and as Director of the Centre for the Study of Media, Communication and Power at King’s College London, in 2018. Prior to this he was a Senior Research Fellow in the Policy Institute at King’s. Before joining King’s, Martin was the founding director of the Media Standards Trust (MST), an independent charity dedicated to fostering high standards in the news media, from 2006-2015.