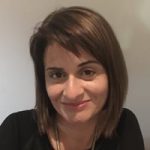 As the UK approaches a general election next week, LSE Professor Myria Georgiou assesses the coverage of what is usually a hot topic in British election campaigns.

What is happening with migration in these election campaign? After years of toxic debates and electoral battles driven by widespread anti-migration rhetoric, this time around, migration has dropped significantly in the main parties’ agendas. The near suspension of one of this decade’s fiercest political debates is both bewildering and important.

Both Tories and Labour avoid drawing too much attention to their relevant policies, while both party leaders now openly speak about the positives of migration. Migration talk – often assumed to equate to im-migration policies in party narratives –  is much more subdued than in past elections. But the toxic migration politics we’ve seen over the years might not be quite a story from the past. Instead, it might have just become a politics transformed. And media might have something to do with it.

It’s important to note that not only political leadership has changed its tune. So has the public. According to the BBC’s Mark Easton, concern about migration is at the lowest level it has been for more than two decades, while a poll by Ipsos Mori shows that the public has become more positive about migration since the Brexit Referendum.

But of course, the question remains: why is migration not such a ‘hot’ topic anymore?

A number of scenarios, together and separately, explain this shift.

The convergence of Brexit and migration, which might explain the two polls above, is rhetorical but also material. Over the last few years and during the build-up to Brexit, anti-migration policies, often in the name of safe borders, have been brutal and effective. These include former prime minister Theresa May’s infamous ‘hostile environment’ and the UK’s resistance to accepting any significant number of refugees fleeing war, including unaccompanied children. Thus, the border-enforcing policies of Brexit might have persuaded many voters that migration has been dealt with.

At the same time, Labour leader Jeremy Corbyn is caught between internal radical calls for sustaining free movement post-Brexit and others that call for restricted migration mobility in the name of protecting the rights of British workers. These struggles are delicate, especially during the build-up to an election. Thus, staying away from migration talk has become an internal and external party communication strategy in its own right.

This shift in tabloid, right-leaning media coverage of migration is of course complex, but a number of developments in recent years have played their part. An Ipsos Mori longitudinal public opinion study shows that in 2005, opinions on migration were primarily affiliated with newspaper readership (with readers of the Daily Mail, the Daily Express and the Sun being more concerned about migration and the readers of the Guardian less so). However, by 2015, the influence of the press had reduced significantly, with attitudes on migration among readers of the same newspapers varying significantly. This finding is likely to reflect the growing significance of social media in shaping public opinion, and certainly shows the waning influence the press.

Alongside the change in the media ecology, civic society campaigns on social media have made a difference in public discourse on migration, not least by ‘naming and shaming’ those who voice and support hate speech. For example, the Stop Funding Hate campaign has been successful in persuading advertisers to pull out of papers such as the Daily Mail and Daily Express, while some of the newspapers themselves have felt the effect of this counter-politics, shifting their position away from extremist migration coverage as a result. Social media campaigns, alongside legal actions have also impacted tabloids’ migration narrative. The most well-known case of course here is that of Katie Hopkins and her marginalisation in media that previously embraced her notorious and hateful anti-migrant speech. These shifts in the media ecology have no doubt influenced a public culture that permits or constraints hate speech against migrants, not least as part of a pre-election campaign.

The retreat of the vitriolic political discourse around migration is no doubt a positive development for the mainstream political culture. But it cannot be taken at face value. The dehumanising discourse of ‘floods of immigrants’ and ‘bogus refugees’ has often been replaced by the uncompromising divide of ‘good’ and ‘bad’ migrants. For example, Johnson celebrates a welcoming culture for expert migrants while promising to shut the doors to unskilled migrants. Even Corbyn sometimes speaks to the discourse of the ‘good migrant’ who is celebrated, in the name of UK’s needs, economic and other. In this way, a new discourse becomes ordinary, where rights and respect for migrants are subjected to their economic value, to what they can or should offer to Us, the assumed national community.

What is the problem with that? This discourse can hide and cultivate an intolerance of difference where migrants’ recognition is only possible if they serve a clearly defined purpose: serving the needs of the citizens. This has two consequences. On the one hand, migrants’ humanity is reduced to their value and use for the country. On the other, the discourse that singlehandedly centres migration on economic value removes the humanitarian responsibilities from any debate on migration. For example, civility in debates on migration does not necessarily tackle important issues, such as the UK’s repeated denial to meet its humanitarian obligations. Or, the fact that hate speech might not target migrants as often now, but a politics of intolerance transforms and demonises other groups, just because they are too different. That’s why a call for a migration politics based on values rather than value should not be exceptional and should not sound like wishful thinking. It should be the way that media and public discourse on migration is shaped and expressed.