In this interview, Rosemary Deller, Managing Editor of the LSE Review of Books blog, speaks to Media@LSE’s Simidele Dosekun about her new book, Fashioning Postfeminism: Spectacular Femininity and Transnational Culture, which reflects on ideas about postfeminist self-fashioning and subjectivity through interviews with women in Lagos, Nigeria, who practise a spectacularly feminine style. 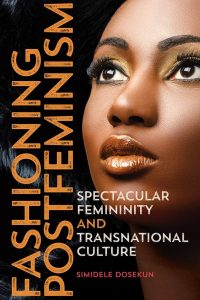 Q: In Fashioning Postfeminism, you interviewed 18 ‘spectacularly feminine’ women in Lagos, Nigeria, aged between 18 and 35. What is spectacular femininity, and how does it sit within Lagosian styles and Nigerian fashion more broadly?

The book is concerned with women who dress in a contemporary transnational style or fashion characterised by elements such as long weaves, heavy and ‘flawless’ makeup, immaculately manicured nails, false eyelashes and so on. I use the term ‘spectacularly feminine’ descriptively. I mean spectacular in the sense of luminous, brilliant, ornate, hyper-visible, drawing the eye, and I argue that the style very much constitutes and communicates femininity, among other things, hence ‘spectacularly feminine’. I preferred this term to, say, ‘hyper-feminine’. In the book I argue that while the particularities of this spectacularly feminine style may be relatively new in Lagos, the fact of women (and men) ‘dressing up’, getting themselves carefully and beautifully styled, and also keenly following transnational trends, is certainly not. There are long histories of fashion and fashionability and attention to appearance in Lagos – and Nigeria and Africa more broadly – of which the spectacularly feminine is just one instantiation.

Q: In your book you position the performance of spectacular femininity as a way that your participants fashion a postfeminist self. How would you define postfeminism, and how does your focus on a ‘new African – Nigerian, Lagosian – femininity’ challenge some of the existing assumptions about who is or can become a postfeminist subject?

I understand postfeminism as an upbeat, celebratory cultural address to women, and promise, that they are past or post- the need for feminism, that they are ‘already individually empowered’ as I also put it, and can ‘have it all’, ‘do it all’ and so on. I argue at the end of the book that postfeminism is a lie, because the conditions for women to no longer have need for feminism have clearly not arrived, which would be the dismantling of patriarchy. The original literature on postfeminism considered its subject to be a white, Western, upper-middle-class woman – the Sex and the City type, for instance – and didn’t look or seem to imagine much beyond this. This has changed in the years since I started working on the project; there is now research on postfeminism pretty much all over the world, and centring variously racialised subjects. My argument is quite simply that postfeminism and its styles of self travel; that they are not, and indeed cannot be, fixed to or owned by any particular type of subject, even as, practically speaking, there are material constraints to who can ‘do’ postfeminism.

Q:  A crucial point underscored throughout the book is that black beauty is a complex construct in its own right, and it is a myth to reduce it to being a response to white beauty norms, whether as mimicry or opposition. Do you think that contemporary feminist scholarship on beauty and fashion sufficiently challenges reductive understandings of black beauty?

I think the notion that black women are fixated on white beauty standards and norms continues to dominate feminist scholarship, including black feminist work. It has become something of a truism in the literature, and so is rarely interrogated. In the book I argue strongly against this, very much drawing on the theoretical perspectives and insights of Shirley Tate. That said, I do not try to deny or shrug off the fact that anti-black racism has shaped black beauty practice and norms. I try to make an argument for keeping white supremacy in view, but without reducing black beauty to it. I think the latter is very important for many reasons: to recognise and respect that black people are agentic, creative and desirous subjects, even under hostile conditions; to recognise and respect that blackness has its own logics and dynamics; to recognise and allow that things – in this case beauty norms, practices, aesthetics and so on – can enter and sediment into blackness, can become black, even if they may have started somewhere else. This is also to say, therefore, that blackness is not essential and fixed and incommensurably ‘other’.

Q: It is often assumed that beauty practices are performed to gain the approval of others. But a concept that stood out in your book was beauty as ‘psychic capital’ – how embodying a particular style of femininity can be a crucial buttress for the self. How important was psychic capital for your participants? Did it entirely displace the importance of other people’s opinions?

The women whom I interviewed in Lagos very much insisted that they do their fashion and beauty ‘for themselves’, not ‘for others’, especially not for men. They explained that when they dress up they feel good about themselves, they feel confident and so on, and this is what I call ‘psychic capital’: the internal boost, or the ‘oomph’ as one of the women called it, that spectacular feminine beauty gives, or promises at least. But at the same time, as the women centred their own desire and gaze in their accounts of their dress practice, they also revealed that many external factors and pressures and voices weigh upon them, and push them to make what I argue comes to feel like  a ‘necessary choice’ of postfeminist spectacular. I think the dichotomy of ‘dressing for myself’ versus ‘dressing for others’ is a false one, so I do not seek to argue that the women said the former but in reality it was the latter. My analytic concern is rather with what they deemed sayable and preferable, and what this reveals of the kind of subjectivity being performed. I read the individualist, self-pleasing and self-regarding ‘I do it for me’ discourse that the women took up as an example of their postfeminist self-positioning. 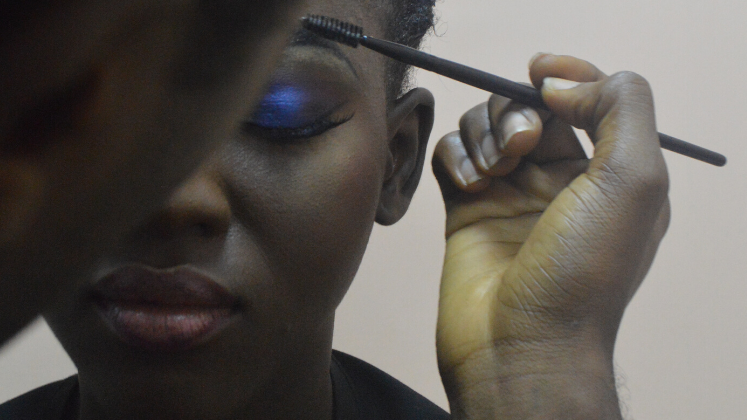 Q: Your participants frequently attributed the successful embodiment of spectacular femininity to having a particular ‘can-do’ attitude rather than the material wealth required to purchase expensive beauty products. Is it in keeping with postfeminism to stress the importance of the ‘right’ mentality, and did other factors influence the reticence over money?

I wouldn’t say the women in the book were reticent to talk about money per se; rather, that they took for granted their class privilege, and the spectacular degree of consumerism that it afforded them, which, of course, is precisely how privilege works, by being invisible and ‘normal’ and unnamed. But more generally, I certainly think that part of how postfeminism works is by obscuring the material conditions that it requires, and instead exhorting women to work on themselves, to work on their attitudes and their confidence, to ‘lean in’, and all this individually. In my view, this is but one of many reasons why postfeminism makes women feel like they are always failing. Whether in relation to their professional lives, or motherhood, or beauty as in my book, postfeminist standards are essentially unattainable.

Q: You write that ‘it hurts that postfeminism proves impossible to inhabit. In fact, it hurts to even try to inhabit it’. You discuss how happiness and unhappiness coexist in the performance of spectacular femininity, but did these emotions play into your own experience of undertaking the study? In other words, can postfeminism be a painful object of research?

This is an interesting question. The short answer is yes, I found postfeminism painful to research, ultimately. There was pleasure and laughter and positivity in the women’s accounts, and in my interactions with them; I don’t want to suggest otherwise. But in the final analysis, I often felt sad and frustrated by how the postfeminist emphasis on happy affects and choice and ‘can do’ seemed to leave the women with little imaginative and emotional space for complaint, critique or resistance. Even when there were hints of pain, ambivalence or melancholy in their accounts, they quickly moved on to reassert a happy position or outcome. They were insistent that an ‘empowered’ woman can simply choose what she likes and make her own way, even when these claims were contradicted by the very experiences that they were reporting, and when the range of conceivable choices on offer seemed quite delimited.

Q: At the end of the book you write that ‘while I agree with Chimamanda Ngozi Adichie— and, laterally, Beyoncé—that we should all be feminists […] we cannot all be, not if the subject position and its politics are to mean, much less try to effect, much’. Why do we need to refuse the idea of feminism as a happy, popular and fashionable project?

I often joke about my mild panic when, in 2014, just as I was finishing my dissertation (which eventually became the book), Beyoncé declared herself a feminist at the MTV Music Awards. So much for postfeminism! My arguments at the end of the book have to do with this, with the fact that in the last few years feminism – a certain feminism – seems to have come back into fashion and now enjoys a relative popularity and visibility, as Sarah Banet-Weiser puts it. I essentially wanted to make a ‘killjoy’ argument against happy, celebratory, ‘sexy’ feminisms, to insist instead on feminist anger and critique and disaffection, quite simply because we have so much to be angry and critical and disaffected about! This is not to say that I think feminism is or should be gloomy, but rather that we must insist on a thorough and radical critique, and not be seduced by glossy, consumerist, individualist and capitalist visions of feminism that, in my opinion, will not take us much beyond the patriarchal status quo.

Note: This interview gives the views of the author, and not the position of the Media@LSE blog, nor of the London School of Economics and Political Science. It was originally published on the LSE Review of Books blog and is reposted with thanks.

Dr. Simidele Dosekun is Assistant Professor in the Department of Media and Communications at LSE. Her research centres African women to explore questions of gender, race, subjectivity, and power in a global context. Her work has appeared in Feminist Media Studies, Feminism and Psychology, Qualitative Inquiry, and Feminist Africa, among others. Before joining the department, she was a lecturer in media and cultural studies at the University of Sussex. She received her PhD in gender and cultural studies from King’s College London. 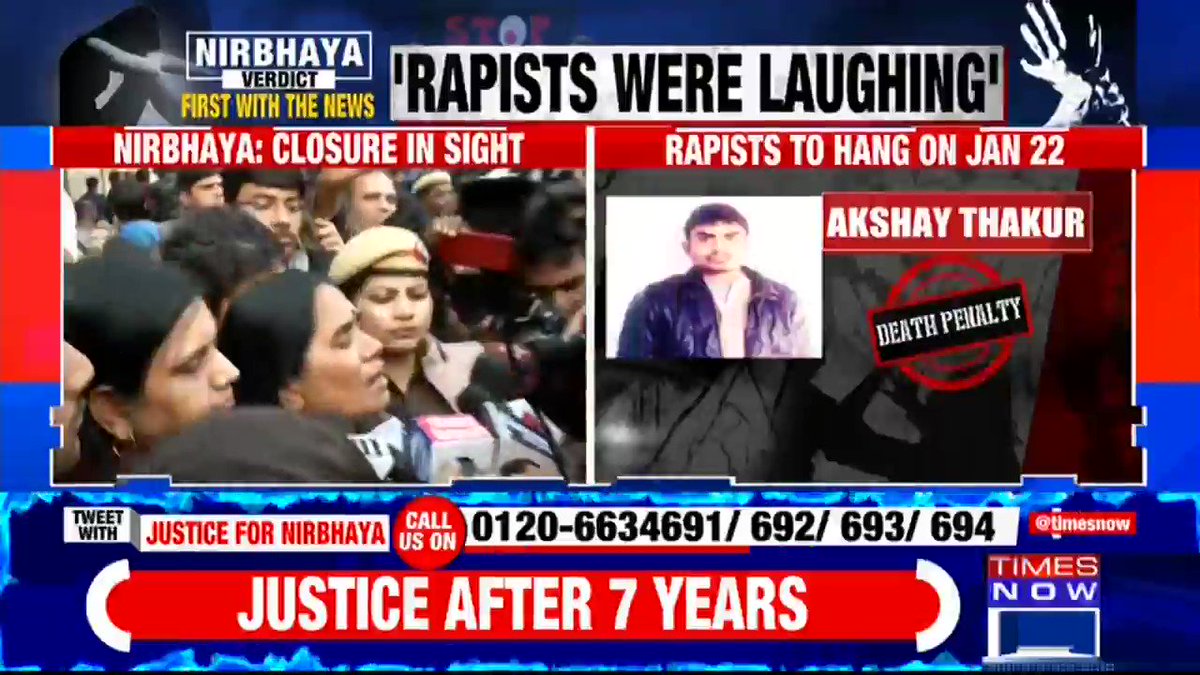 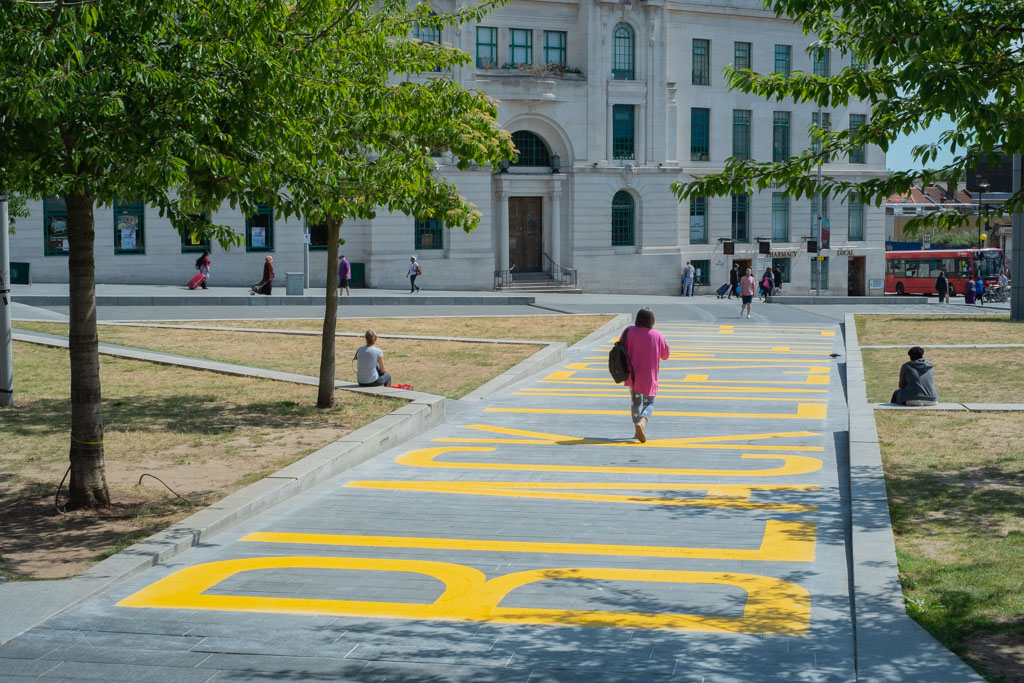