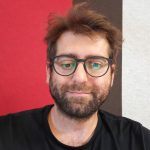 Inspired by one of the UK’s longest-running refugee cases, Christos Hadjioannou, a Postdoctoral Fellow at the Department of Classics and Philosophy, University of Cyprus, considers our ethical responsibilities to refugees.

The Sovereign Bases Areas in Cyprus, a remnant of Britain’s colonial past, were recently implicated in one of Britain’s longest-running refugee cases, where the UK for more than 20 years refused to grant asylum and take in even recognised refugees, arguing that the 1951 Refugee Convention did not extend to the Sovereign Base Areas, and claiming that it was the obligation of the Republic of Cyprus to do so. Some refugee families were eventually allowed to settle in the UK after 20 years, but the saga raised fundamental issues regarding moral obligations towards refugees.

The refugees experienced, and some continue to experience, an extreme condition of “statelessness”, a consequence of old colonial formats and newly formed neo-colonial antagonisms between local and international benefactors. One might object that we are not really obliged to accept refugees because we are not “genuinely connected” to them – they are not citizens after all and we have not willingly entered a “social contract” with them. I argue otherwise: we are genuinely connected to them and we are ethically obliged to accept them even if we haven’t willingly entered a social contract with them.

However, refugees are kept in exclusion from “the people” to whom protection is afforded,

Both legally, and through dominant cultures associations of these individuals as outsiders or Others – which removes them from citizens’ moral and affective imagination. As Judith Butler argues, the notion of “the people” is an imaginary entity that works through delimiting a boundary that sets up terms of inclusion and exclusion. Butler uses visual vocabulary to make her point. The notion of “the people” works like a “snapshot,” a “series of images,” or a “frame or set of frames.”[i] The frame always excludes those “congregated on the border in refugee camps waiting for documentation, transfer, and shelter.”[ii]

Neither geographical nor national boundaries are part of the natural world. They are arbitrary constructs that illegitimately deny entry to refugees. The same is true of citizenship. Each newborn is technically stateless; it is granted nationality by an act of the state. A contractual relation is thus formed as a confirmation of a “genuine connection”: a person can be included in a state or a people if he or she is deemed “authentically connected” to either of them.

This relationship established between the state and persons depends on consent and decision, where the state retains the freedom to choose who counts as “the people” and who doesn’t; who deserves to live “here in this nation” and who doesn’t. The state is only obliged towards those with whom it has entered a social contract, which it enters with those perceived to have a “genuine connection”. This genuine connection with asylum seekers is missing. Sometimes the state accepts them and enters a social contract with them, only because it has a contractual obligation towards international law. According to this view, there is no precontractual ethical obligation towards refugees, no real obligation outside a contract. As such, the issue of granting asylum remains an act of decision.

Philosophers like Emmanuel Levinas and Hannah Arendt take issue with the idea that ethical obligation arises when individuals knowingly and deliberately enter into contracts or agreements of some sort with the Other. Responsibility towards other human beings exceeds codified agreements, into which we have entered volitionally.[iii]

Are we then obliged toward people, whom we find ourselves sharing our territory with not through choice, and with whom we have no contract? Judith Butler responds affirmatively: we are obliged to cohabit with “those we do not know, and even those we did not choose, could never have chosen.”[iv]

Ethical responsibility emerges through our emotions, which show our genuine connection with these people. Empathy can disclose the universal precarity and finitude of all humans regardless of national origin. Once this connection is activated, it explodes constructed political contracts—the equality inherent in moral emotions belies the elitism of nation states. Obligation towards them is thus not a matter of choice but a matter of receptivity and responsiveness; a matter of passion rather than action. We must allow our sensibility, rather than our choice, to dictate our obligations.

Despite the fact that the philosopher Martin Heidegger espoused nationalism, some of his insights regarding emotions could be appropriated to the opposite direction. We are inescapably finite creatures. All human beings have a precarious existence, he notes; it is impossible to imagine a human being who is not affected by their sense of anxiety, alienation and homesickness.

Seeing anxiety in the other person reveals their precarity, one we recognise from our own experience. And through this recognition, we are solicited ethically. Heidegger also highlights homesickness. He invokes Novalis, who described homesickness as “an urge to be at home everywhere.”[v] Homesickness represents the way in which human beings are caught in between the local and the global, home and the foreign. Wherever we are, we always want it to feel like home. But we can feel alienated and nostalgic everywhere and anywhere even in what we call “home countries”.

The universally human condition is not that of being at home, but that of being always alienated and homesick, everywhere at once. We are always, all of us—citizens and stateless persons alike—homesick and precarious, in need of others.

Given that our moral obligations towards asylum seekers –towards refugees in general—are precontractual, it follows that both the UK and the Republic of Cyprus should have been immediately responsive to the needs of the stateless refugees that were left stranded in the Sovereign Bases Areas in Cyprus for more than 20 years. The fact that it took 20 odd years to grant them asylum means that both countries failed to respond to the refugees’ calls and meet their moral obligations.

Dr Christos Hadjioannou is a Postdoctoral Fellow at the Department of Classics and Philosophy, University of Cyprus. He completed his PhD in Philosophy at the University of Sussex in 2015. His research focuses on 20th Century Phenomenology.